A draft report from Germany's ethics commission on nuclear power says the country could and should close down all its nuclear power stations by 2021. And it says this date could even be moved forward by some time. 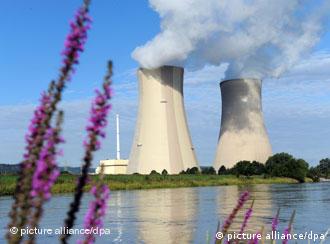 Germany's nuclear reactors may soon be a thing of the past

The 22-strong ethics commission set up by Chancellor Angela Merkel to debate the pros and cons of nuclear energy in Germany seems likely to recommend that all nuclear power stations in the country be taken from the grid within the next decade - at the latest.

According to the daily Frankfurter Allgemeine Zeitung and the news magazine Spiegel Online, a draft report from the commission says ditching nuclear power is necessary to rule out the risks it entails.

It says that the departure from nuclear energy does not, however, mean abandoning carbon-dioxide reduction goals or suffering "energy poverty."

In fact, the authors of the report emphasize that dispensing with nuclear energy could "drive growth" and offers "enormous technological, economic and social chances to raise Germany's profile as an exporting nation with regard to sustainable products and services."

The report says Germany can show that functioning without nuclear energy is "the chance for a high-performance economy."

The report also draws attention to the fact that the use of nuclear power has led to a "poisoning of the social atmosphere." Just over half of Germans oppose nuclear power, according to recent surveys.

The paper says the seven oldest nuclear plants, which have already been shut down for tests, should remain so, noting that the power they provided has been easily replaced. It says the rest can be gradually taken from the grid, with renewable energy sources taking over. 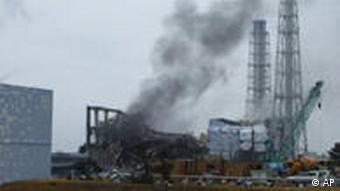 It recommends the use of new, more-efficient coal-fired plants, and also calls on Germany to establish energy reserves sufficient for half a year using hydrogen and methane as storage media. It also envisages increased use of wind and solar power.

At the same time, it warns, it is urgently necessary to reduce energy use, claiming that savings of 40-60 percent are possible. It also criticizes the fact that subsidies for energy-saving measures have been cut.

The authors also recommend that existing atomic waste should not be permanently buried, but stored in a way that enables it to be retrieved. This would allow more time to find ways of disposing of the waste safely and for good.

The commission, headed by former Environment Minister Klaus Töpfer (CDU) and the president of the German Research Foundation (DFG), Matthias Kleiner, was set up in response to the reactor catastrophe in Fukushima in Japan. Its final report is to be presented to the government on May 28.

Another report from the German commission for reactor safety, containing the results from a safety examination of the country's 17 nuclear reactors, is due in mid-May

The government is then to use the two reports as a basis for deciding on a deadline for Germany's turning its back on nuclear power. This would be voted on by the two chambers of parliament by June 8.

The debate about the timing of Germany's nuclear exit strategy has made coal's future look much rosier than before. Public subsidies for the coal industry end in 2018, but private investors could pick up the slack. (11.05.2011)

Europe is preparing new stress tests designed to put nuclear power stations through their paces. It's a response primarily to the problems at Japan's Fukushima plant. But will the tests be as rigorous as promised? (04.05.2011)

Germany's first commercial offshore wind power park, in the Baltic Sea, officially opened on Monday. The facility, which is expected to generate enough power for 50,000 homes, was expected to be the first of many. (02.05.2011)