On June 15, 2005, Theodoros Boulgarides was shot dead in his shop in Munich - the seventh victim in the NSU killing spree. For months, authorities suspected and interrogated his family. Relatives recount the details. 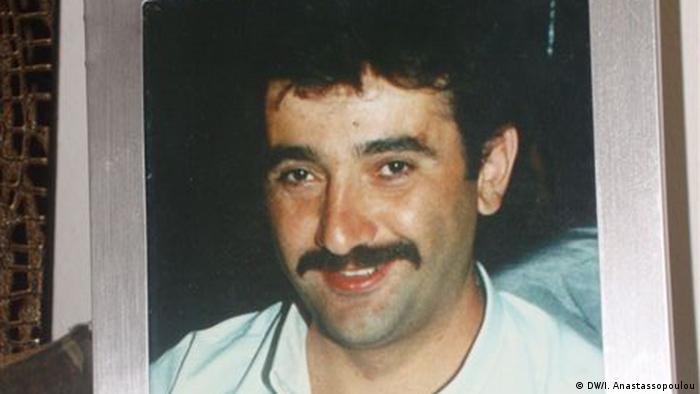 Police later found out that Theodoros was killed execution-style, with three shots to the head. The murder weapon was the same one used on the other victims of the National Socialist Underground (NSU) terror cell: a Czech Ceska 83 pistol.

News spread rapidly among the Greek community in Munich, where the family was respected and well-known, having lived there since 1973. Greek-Orthodox priest Apostolos Malamoussis was called and asked to go to the scene of the crime to say a prayer.

"I entered the shop where the deceased lay on the floor," Apostolos Malamoussis said. He recalls police were busy securing evidence. "I told them I was a priest and wanted to pray, and they showed me where I could stand so as not to smudge the murderers' tracks."

"It was a harrowing sight, the deceased Theodoros in a huge pool of blood, his face riddled with bullets," the priest says. He said a prayer and drove to the nearby home of relatives of the victim's mother. Even for him, it was difficult to find comforting words. 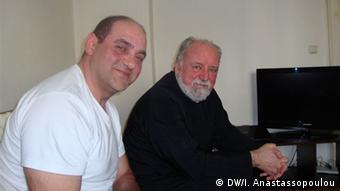 The very next day, an incredible odyssey began for the entire family: Theodoros' widow Yvonne Boulgarides and the two daughters were brought in for questioning, as were Gavriil, Gavriil's wife, other relatives, friends and acquaintances.

The interrogations went on for months, seemingly indefinitely and indiscriminately. Questions were asked about the victim, his friends, possible contacts with drug dealers, the Turkish mafia, prostitution rings, Internet crime and arms dealers. The daughters were asked about sexual abuse, the widow was suspected of having killed her husband or contracted a killer.

No other lead was followed, said Gavriil Boulgarides: "It didn't even cross their minds to suspect a connection with the other murder victims, even though I told them in our very first talks that it was what I suspected," the victim's brother said. "They obstinately continued to poke around in his private life," he added.

All of a sudden, victim Theodoros Boulgarides had implicitly become a suspect, while his family grappled with slander, said Angelika Lex, lawyer for widow Yvonne Boulgarides. "There were all kinds of insinuations, but no one hit upon the most obvious reason - that is that these crimes had a racist motive."

Hundreds of witnesses were questioned - but they were never asked whether they could imagine a neo-Nazi scenario. "This topic simply does not crop up in the files of the inquiry," Lex said. "That in itself is incredible in view of a string of murders of people of non-German heritage." 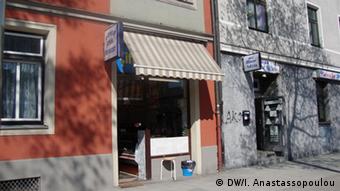 Relatives, friends and acquaintances began to shun the family. In this atmosphere of mistrust and despair, life in Munich became unbearable for Gavriil Boulgarides. Other Greeks turned their backs on his family and gossiped about them, the victim's brother said.

The family became increasingly isolated. Finally, after having lived in Germany for 37 years, Gavriil Boulgarides and his family returned to Greece in 2009, where they tried to regain a foothold in Thessaloniki.

Living in Greece turned out to be even more difficult than in Munich. Without a job in the crisis-stricken country, Gavriil was forced to sell property to feed his family. Finally, he gained a job driving trucks abroad. There was no support from the state, no consolation. He said he felt like a stranger in his native country.

After two and a half years, the family considered moving back to Germany, where authorities had meanwhile established a connection with neo-Nazi NSU for the murders. Priest Malamoussis convinced Gavrill to return to Munich, and helped the family find an apartment.

Today, Gavriil is a driver with the city's garbage division, and his wife has a job as a cleaner at the Justice Ministry. Gavriil is thankful that the city of Munich is trying to make amends for its past mistakes. 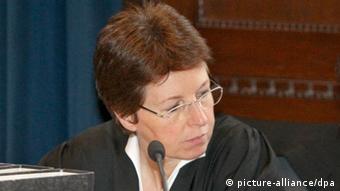 He hopes the NSU trial will bring the truth to light: how could such problems have been present in the investigation? Why didn't security authorities follow every lead? What role did police informers play? Why did the killers choose his brother? Gavriil, a joint plaintiff in the murder trial, is not satisfied with the assumption his brother may have been taken for a Turk.

Gavrill, who is convinced his brother may never have been killed if police had correctly interpreted evidence in the other murders, believes authorities more or less ignored numerous leads between 2001 and 2003.

The past years have also been difficult for Theodoros' widow, Yvonne Boulgarides. She lost her job and was unemployed for some time before finding work again. Mrs. Boulgarides remains wary. Lawyer Angelika Lex says she is not after revenge, or a long prison sentence for the perpetrator - she mainly wants to find out why her husband had to die, why he was chosen as a victim and shot in his shop.

And, of course, "why this killing spree wasn't stopped much sooner."

The trial against alleged NSU terrorist Beate Zschäpe begins in May. Germany's attorney general has accused her of being an accomplice to the group's many murders. Her lawyers dispute that she was involved in any crimes. (16.04.2013)