The US National Security Agency has spied on the private computer networks of the oil giant Petrobras and other companies, according to documents leaked by Edward Snowden and reported by a Brazilian TV show. 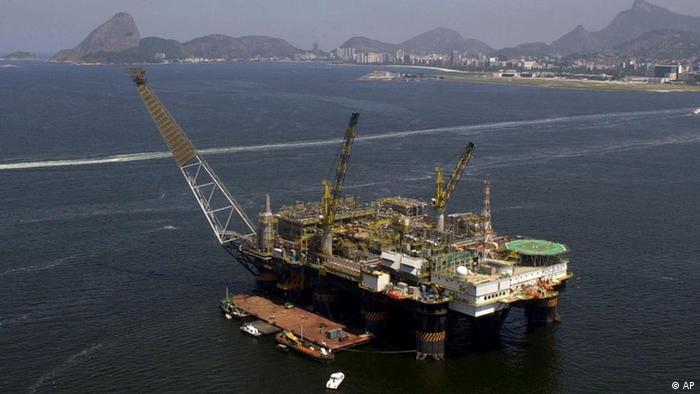 Globo TV's Fantastico news program reported Sunday that Petrobras, Google and SWIFT - a company that facilitates most of the world's international bank transfers - all had their private networks accessed by the NSA.

All three companies are included in a May 2012 top-secret agency presentation that Globo reports is used "to train new agents step-by-step how to access and spy upon private computer networks."

There was no information in Globo's report about what specific data the US government might have obtained.

Petrobras, which is partly state-owned, rakes in yearly profits of 280 Brazilian billion reals ($120 billion, 90 billion euros) and has discovered some of the world's largest offshore oil reserves in recent years, including the Pre-salt layer. The firm uses supercomputers for mapping oil reserves and other seismic research.

According to the Rio de Janeiro State University, the so-called Subsalt Polygon off the coast may contain as much as 100 billion barrels of oil. A single find in the giant Libra field has estimated reserves of 12 billion barrels of oil – enough to supply all US oil needs for almost two years.

Prior to Globo's report, an NSA statement earlier this week addressed to The Washington Post newspaper said, "The department does ***not*** engage in economic espionage in any domain, including cyber."

When questioned by Globo in regards to their latest revelation, the NSA provided a statement attributed to a US official saying: "We do not use our foreign intelligence collection capabilities to steal the trade secrets of foreign companies in order to give American companies a competitive advantage."

Just last week, Globo reported that the NSA had spied on the private phone calls and emails of Brazilian President Dilma Rousseff, calling into question an official state visit she is set to make to the White House next month.

The tension between the US and Brazil led to an impromptu meeting at last week's G20 summit in Russia between Rousseff and President Barack Obama, who said he would investigate the allegations.

Rousseff told reporters Friday that she was concerned about the reported spying, saying she wanted to know "everything" about US surveillance and that snooping on a friendly country is not part of a friendly alliance.