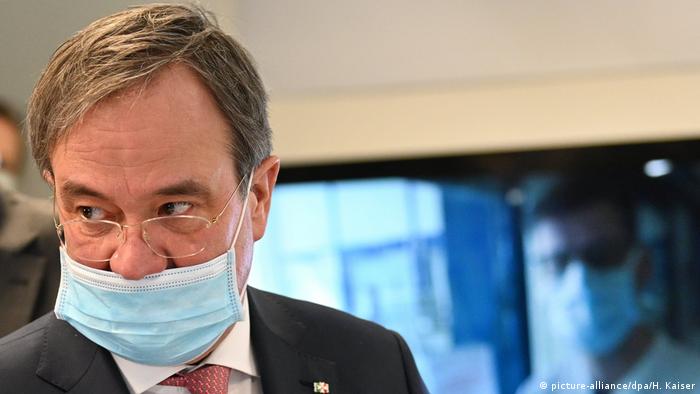 A massive coronavirus outbreak in a German slaughterhouse landed state leader Armin Laschet in hot water after he apparently shifted the focus to foreign workers. Laschet, who serves as the premier of Germany's most populous state of North Rhine-Westphalia (NRW), dismissed any link between the new NRW outbreak and the gradual easing of coronavirus restrictions.

"This says nothing at all about [the lockdown easing] because Romanians and Bulgarians traveled there and the virus comes from there," said the conservative politician.

"This will happen everywhere," he added.

No room for distancing

Laschet went on to link the outbreak with the housing and working conditions in his Wednesday statement. However, many have noted that his initial comments echo the official company line pushed by Tönnies, the leading meat processing firm in Germany.

The family-owned company had also speculated that the workers had traveled home for the weekend and then brought back the infection.

"The people who are being exploited by Mr. Tönnies on a daily basis should now also be blamed for the virus spreading?" asked the left-leaning politician. "You cannot be serious."

Other political rivals also slammed Laschet, who hopes to take the reins of Angela Merkel's conservative CDU party before the end of the year.

"To assign any kind of blame for the virus to people of any background is unacceptable," he said, adding that this position was "self-evident" for him and his government.

However, the correction was not enough to avert criticism from Germany's Foreign Minister Heiko Maas, who visited Bulgaria just a day after Laschet's original statement.

After meeting the Bulgarian foreign minister on Thursday, Maas said Laschet's comments were "highly dangerous" and urged the state leader to improve the conditions for meat processing workers in NRW.

When asked if he believed Laschet should apologize, Maas said the state premier "has already corrected himself."

"But I believe an apology is the biggest favor he could do for himself," Maas added in Sofia.

Laschet: 'Opinions are not supposed to be regulated'