Note that helped bring down Berlin Wall now on show

The memo, which East German Politburo member Günter Schabowski wrote for the historic press conference on November 9, 1989, has reappeared. It is now on display in the Haus der Geschichte in Bonn. 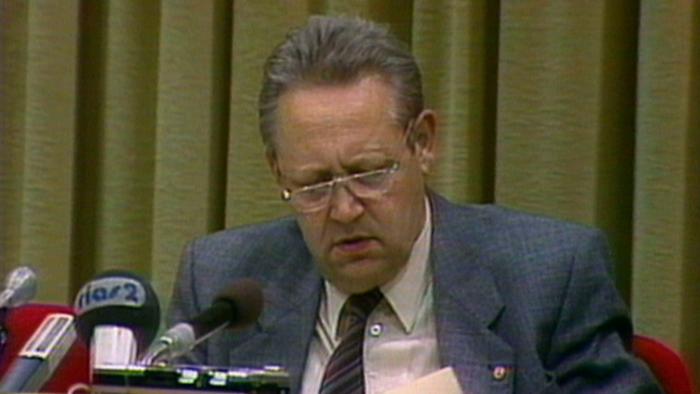 Shortly prior to the press conference on November 9, Schabowski composed a handwritten note detailing the matters in the order in which he wanted to discuss them with journalists. At the end of the note he writes "read out travel regulations."

This new regulations were implemented the very same day - East Germans would be allowed to travel to the West. However, the Socialist Party leadership had initially planned that such travel could be applied for only under certain conditions and only the following day. However, these details escaped Schabowski. Taking a question from a journalist as to from when these new rules applied he answered in the now historic words: "Immediately, without delay." This resulted the same night in the fall of the Berlin Wall.

Schabowski's note was long considered lost, since he had given it to a friend in 1991. However, the memo has reemerged and, following careful scrutiny to verify its authenticity, was purchased by the Haus der Geschichte for 25,000 euros. "This is one of the few documents of recent contemporary history, from which one can say that it has influenced world history," said Hans Walter Hütter, president of the Haus der Geschichte. The note is on display from today, Thursday.