Compulsory military service in Norway has now been extended to women, after official parliamentary agreement. Norway wants to improve gender balance within its armed forces. 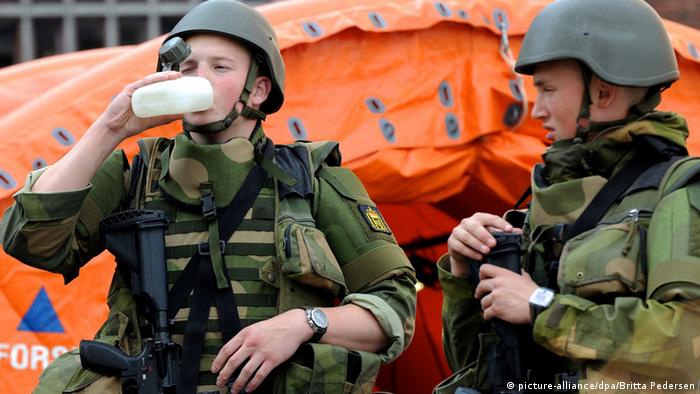 The Norwegian Parliament on Tuesday adopted necessary amendments to extend mandatory military service to women. It's the first peacetime European or NATO country to extend compulsory conscription to all citizens, regardless of gender.

Women will now likely face one year of military service from the summer of 2016.

"We do not really need more conscripts but we wish to extend military service to the entire age group to attract more motivated and more competent recruits," said Norwegian Minister of Defense, Ine Eriksen Soreide.

Despite practicing conscription, Norway does not draft all eligible citizens and has provisions in place for conscientious objectors. Currently 8,000 to 10,000 Norwegian males aged between 19 and 44 are conscripted every year in Norway.

They are chosen from an eligible pool of some 60,000 and are selected on the basis of physical and physiological tests, as well as their motivation.

As with male conscripts, the change is not expected to force women to serve against their will, but to improve gender balance.

The move was announced in June 2013 by the previous center-left coalition, and carried on by the new center-right coalition elected later that September.

Women have been eligible to serve in the military on a volunteer basis since 1976 and currently constitute 10 percent of military conscripts. The previous Defense Ministry had said it aimed to double that by 2020.

However on Tuesday, Soreide declined to give an official target, only saying the army needed to be further feminized.

Outside Europe, Israel also has mandatory military service for both men and women.