The oil slick in the Gulf of Mexico has reached the US coast after a drilling rig exploded and sank. Platforms in Europe's North Sea are much safer as they are permanently anchored in place and less likely to sink. 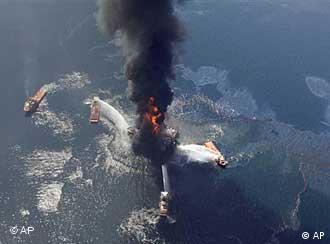 Drilling oil and gas wells on the ocean floor can be a costly hit-or-miss process, although it is often massively lucrative because those two resources currently supply about 60 percent of the world's energy.

The Deepwater Horizon was operating smoothly before an explosion on April 22 killed 11 workers and caused the rig to sink into the Gulf of Mexico. Now emergency crews are working to contain a spreading oil slick before it pollutes the ecologically delicate wetlands of Louisiana.

In latest efforts, emergency crews have placed some 32 kilometers (20 miles) of inflatable barriers between the floating oil slick and the Louisiana coast. More are needed though, as a change in wind direction could send the slick past them. 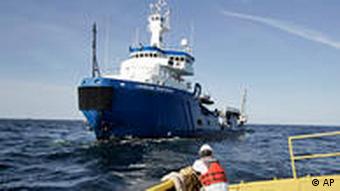 Skimming vessels are also being used to condense the size of the slick in order to burn as much of the oil as possible. The thickest part of the slick was lit afire Wednesday in a test burn.

If the oil slick can not be contained, it will endanger wildlife living in natural parks and Louisiana's substantial fishing industry, valued at 1.8 billion euros ($2.4 billion) annually.

According to Lloyd Slater of the International Association of Oil & Gas Producers in London, offshore drilling in deep waters only has a history of several decades. While drilling in costal waters began more than a century ago, modern seismic techniques have more recently made it possible to locate oil deposits on ocean floors.

Companies use a technique called subsea seismic surveying to generate models of rock below the ocean in their search for specific formations. Porous rock can trap oil or gas, but it needs to be covered by a layer of nonporous rock to keep its contents from floating to the water's surface.

"Even when you find a structure that looks right, there is no guarantee there is oil or gas in it, which is why exploration is so expensive. You could spend millions of euros drilling a hole in a rock formation that looks ideal and find there's nothing there. Even with all the science behind us, it's still very much a hit or miss operation," Slater told Deutsche Welle. 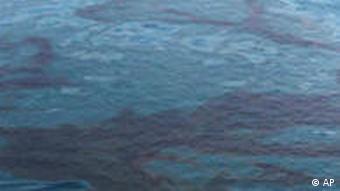 Offshore drilling in Europe's North Sea began as recently as 1960, and is significantly safer than the drilling which went awry in the Gulf of Mexico, according to Slater. Platforms in the much shallower North Sea either have a foundation on the bottom of the sea or are permanently anchored in place.

"You have to distinguish between a platform and a rig. The incident that happened was on an exploration rig that travels around," Slater said.

The risk of a similar disaster in the German waters of the North Sea seems unlikely as only two platforms are active there, and the country imports the vast majority of its oil and gas.

According to Hartmut Pick of the Association of German Oil and Gas Producers in Hanover, Germany domestically produces about 3 percent of the oil and 16 percent of the natural gas it uses.

"We have entirely different conditions here. These platforms are constructed completely differently than deep-sea drilling rigs, because they are resting on the ocean floor and can't sink," he told Deutsche Welle.

But even under those conditions, industrial accidents are still an inherent risk. During a 2007 accident in Norwegian waters of the North Sea, it was estimated more than 3,000 tons of oil spilled from a platform in the Statfjord oil field as a tanker was being loaded. 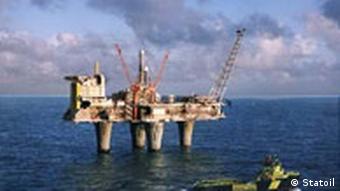 Despite environmental damage caused by offshore oil wells and rising awareness of alternative energy sources, exploration and drilling activity are unlikely to decline in the near future. The International Energy Agency in Paris has estimated that 70 percent of the world's primary energy will come from fossil fuels in 2030.

"It is a tragic thing that happened, and it is vital to find out why it happened, but the need for finding the oil and gas will continue," Slater said.

Exploitation of oil reserves puts Uganda at a crossroads

The discovery of petroleum resources has been more of a bane than a boon to many African nations in the past. But will things be any different in Uganda, which is set to become the continent's newest oil producer? (14.04.2010)

Britain and Argentina are once again sparring over the remote Falkland Islands. While experts don't expect another war over the archipelago, looming business interests could increase tensions between both sides. (11.02.2010)