None of the three candidates won support from more than 50% of registered voters. That means the first presidential poll since the country's contentious name change will come down to a runoff in May. 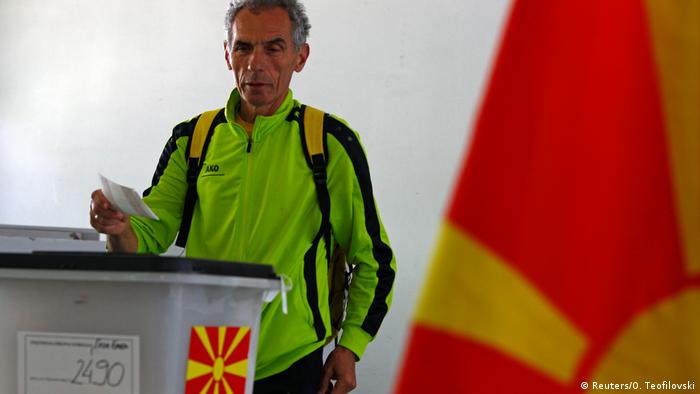 Polling closed at 7 p.m. local time (1700 UTC) on Sunday following the first round of North Macedonia's presidential election, which has been overshadowed by the country's name change deal with Greece.

Turnout was around 40% — the lowest since North Macedonia became independent from Yugoslavia in 1991 — making a runoff vote between two pro-EU and pro-NATO candidates on May 5 inevitable. 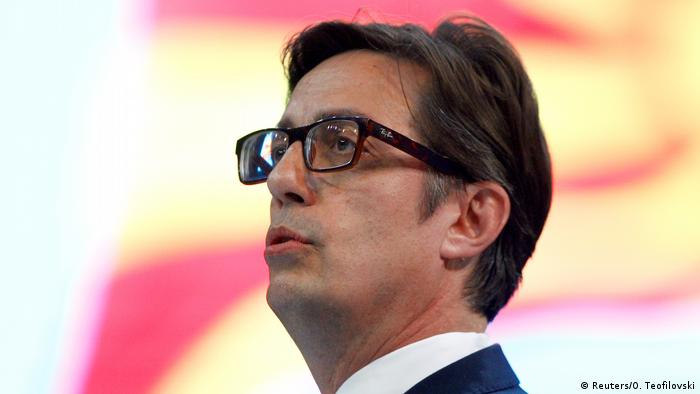 Stevo Pendarovski greets his supporters at a party convention in Skopje, North Macedonia

Who is Stevo Pendarovski? The 56-year-old is an ex-national security adviser who ran for the presidency in 2014. The Social Democrats, the ethnic Albanian Democratic Union and 29 smaller parties back him. He supports the deal with Greece.

Who is Gordana Siljanovska Davkova? The main conservative opposition party's candidate is the first woman to win a presidential nomination since independence. The 63-year-old supports EU and NATO membership but opposed the accord with Greece.

Who is Blerim Reka? The ethnic Albanian candidate, 56, is backed by two small ethnic Albanian opposition parties, BESA and the Alliance of Albanians. The former diplomat supports the name change deal. 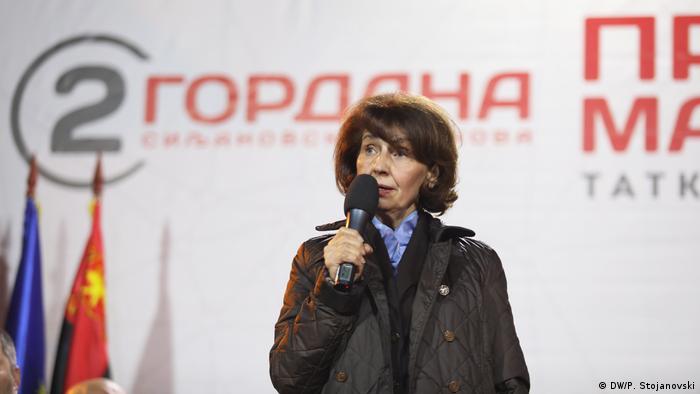 Gordana Siljanovska Davkova is pro-EU and pro-NATO, but she dislikes the naming deal

Why the name change? The Former Yugoslav Republic of Macedonia wanted to call itself Macedonia. Greece feared that name could give its northern neighbor a claim to the Greek province of Macedonia. Both countries agreed on the compromise, North Macedonia, in June 2018. That paved the way for the country to start accession talks with the EU and NATO.

Who is the current president? The outgoing nationalist president, Gjeorge Ivanov, was first elected in 2009. His second term has been controversial because he refused to sign several laws, including one that expands the use of the Albanian language. The role is largely ceremonial. 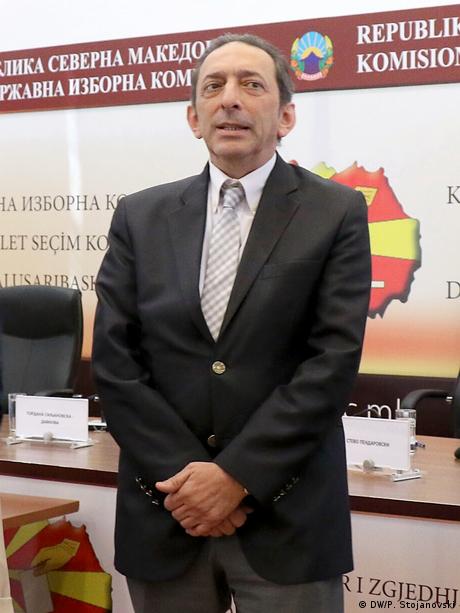