Amid the tensions in the Korean Peninsula, DW takes a look at the defector reality TV shows providing an opportunity for South Koreans to learn more about life for their counterparts in the North. Gouri Sharma reports. 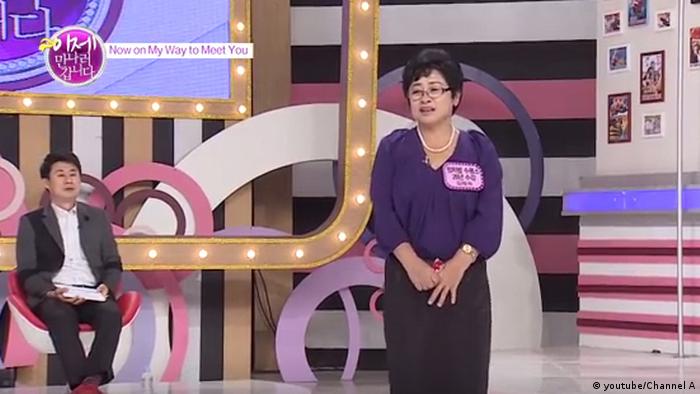 Eunhee Park was 22 when she fled North Korea. She knew the risks - anyone caught escaping is sent back to face the executioners - but she was determined to reach freedom. She traveled through China and made it to Thailand, where people smugglers helped her get to South Korea.

Four years later, Eunhee is embracing her celebrity status in the capital Seoul, has a growing number of Facebook fans and has ambitions to travel the world. And this is all in part to her success on one of South Korea's many reality TV shows featuring North Korean defectors, a relatively new genre of entertainment that's been having an impact on how South Koreans perceive those living in the North.

"I was surprised at the response I got after appearing on the reality TV show, not because I became famous, but because there are many people who are interested in North Korea. There are only 30,000 defectors among 50 million people living in the South so it is difficult for South Koreans to meet defectors. Therefore, the media play a significant role in informing South Koreans about who we are. I think it is good that TV programs showing personal stories of North Korean defectors are increasing. It provides topics of conversation when North and South Koreans meet, and it is one of the ways we can prepare for reunification," she told DW. 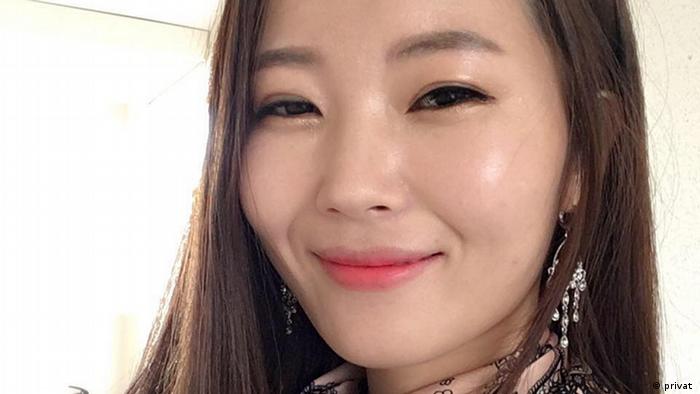 Eunhee gained popularity after appearing on "Now On My Way To Meet You," a talk show-cum-talent contest that began airing in 2011. Designed to promote reunification, the trendsetting show sees defectors sharing stories of what life was like under the Kim Jong Un regime, and millions of South Koreans have been tuning in weekly.

Learning about the North

The program is just one of the many reality TV shows featuring defectors that have been airing on South Korean TV over the past few years. The genre spans dating, adventure and comedy, and reveal a side to everyday life in North Korea that South Koreans haven't been exposed to before.

Read more: 'My Brothers and Sisters in the North' - Telling the North Korean story

"They are quite niche," Sokeel Park, the Seoul-director of international NGO Liberty in North Korea, told DW. "But the significance is that North and South Korea have been mutually isolated for the course of seven decades, so the level of divergence and ignorance is high."

"The defector TV genre that's captured South Korean imagination - and that was pioneered by 'Now On My Way to Meet You' - seems to have a real impact on breaking down stereotypes in the South. Whilst the shows can be sensationalist, and at times superficial, the bottom line is that South Koreans are seeing and listening to North Koreans: it's defector stories, defector emotions, defector insight. These TV shows, I was told by South Koreans, humanizes their northern neighbor, who they have been taught to fear," she told DW.

Fear of the other is one of the prevailing negative outcomes of the decades long divide between the two nations, but it isn't the only one. With communication tightly controlled between the two, much of what each side learns about the other comes from their mainstream media, which tend to paint a largely unfavorable picture. In the South the narrative follows that of a 'crazed' leader who governs over poor and hungry people, while the regime's propaganda machine depicts the Southerners as the US-backed enemy. 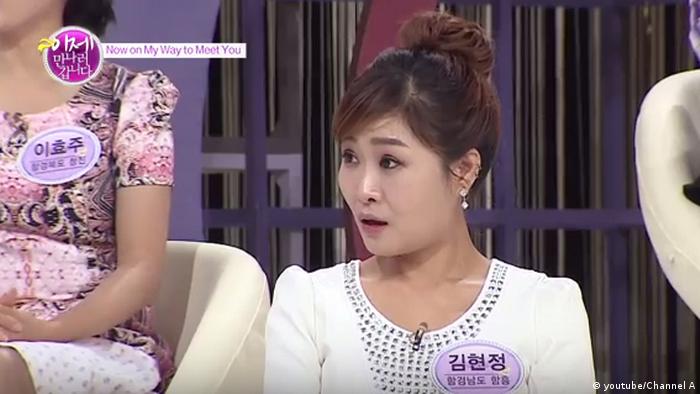 "It's kind of an amazing situation whereby you have 50 million South Koreans and 25 million North Koreans living really close to each other, but those in the South won't be able to name a North Korean person unless it's Kim Jong Un, his wife or a North Korean football player," says Park. "There's such a huge divorce, and so in that vacuum, you do get negative perceptions and stereotypes. North Korea is still a very poor country, but it's changed a lot, so being able to hear from defectors who have escaped more recently provides a lot more stories and shows the diversity of the country, the cities and the provinces, and the people who live there."

According to Buckley the insight shared by defectors is extremely enlightening. "We learnt that women tend to be the family breadwinners as men are usually bound to their government job, where salaries are usually around an unsustainable $1 a month. There's chronic corruption but it's this very corruption that binds the whole country together and there is growing disobedience - from watching smuggled DVDs from China or South Korea to women wearing skinny jeans on the border towns they buy from Chinese vendors."

Packaging these stories as entertainment has meant that these shows can reach the masses - attracting an older generation of people who are interested in reunification, as well as the next generation who have grown up in an era of reality TV.

Seoul-based student Dayhe, 25, told DW that "Now on My Way To Meet You" had a positive impact on how she viewed those living in the North.

"In most cases, information about North Korea is full of negative rhetoric and this kind of atmosphere has made an invisible wall in my heart against North Korean defectors, making me distant toward them. But through the show I saw that they had similar issues of concern and they loved to go shopping and eat delicious food. They are just ordinary people who have gone through several difficulties, so this kind of TV show can promote a better understanding of North Korea, making them seem less extraordinary or different."