A pair of North Korean hunting dogs are the latest symbol of a dramatic thaw on the Korean peninsula. The canines brought their own food supplies to help them adapt to their new life in a presidential palace. 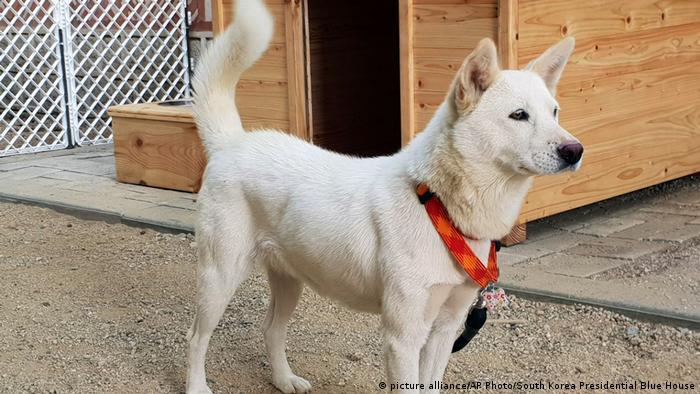 The canines, both about a year old, passed through the demilitarized zone (DMZ) and the village of Panmunjom into South Korea on Thursday, the South Korean presidential Blue House said in a statement on Sunday. They carried three kilograms of dog food to "help with their adaptation," it added.

The dogs, one male and one female, are named Songgang and Gomi. They will share the presidential palace with South Korea's First Dog, Tori, who became the first shelter dog to live at the presidential compound. Moon, a known animal lover, adopted the black mixed-breed dog in July last year. 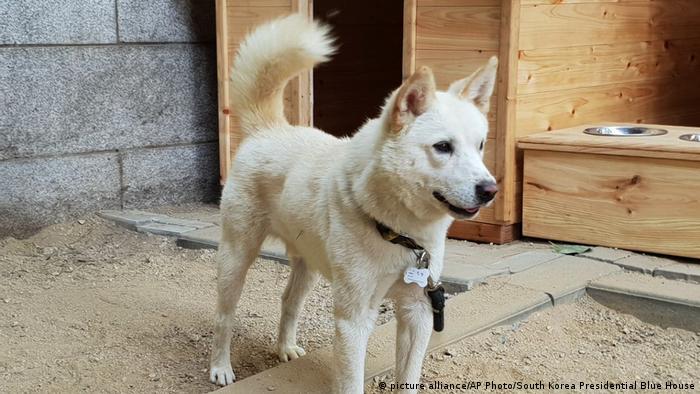 One of the Pungsan dogs is a male named Songgang.

Kim proposed the idea of the gifts during Moon's visit to Pyongyang earlier this month, the statement said. The meeting in the North Korean capital, during which Kim agreed to shutter a missile-testing site and visit Seoul, was the third meeting between the two leaders this year.

Pungsan dogs, named after a North Korean county, are known for their loyalty and hunting skills. The breed is designated as a North Korean "natural heritage" animal.

The dogs died of natural causes in 2013 after giving birth to 21 puppies.

North Korea has agreed to take big steps toward denuclearization and rapprochement with the South. But experts remain skeptical about whether these promises will result in any real change on the ground. (19.09.2018)

In the afterglow of the latest Kim-Moon summit, negotiations between the US and North Korea appear to be back on track. However, Pyongyang won't accept anything less than a formal end to the war, says DW's Martin Fritz. (20.09.2018)

North Korea demands concession from US before it will disarm

North Korea's foreign minister said Pyongyang will not disarm without first receiving concessions from Washington. It's a different tone than the one set by Trump and Kim, which the US leader described as loving. (30.09.2018)