North Korea's military has said it will make a "physical response" to the US and South Korea's decision to deploy the advanced THAAD missile defense system on the Korean peninsula. Beijing is not best pleased either. 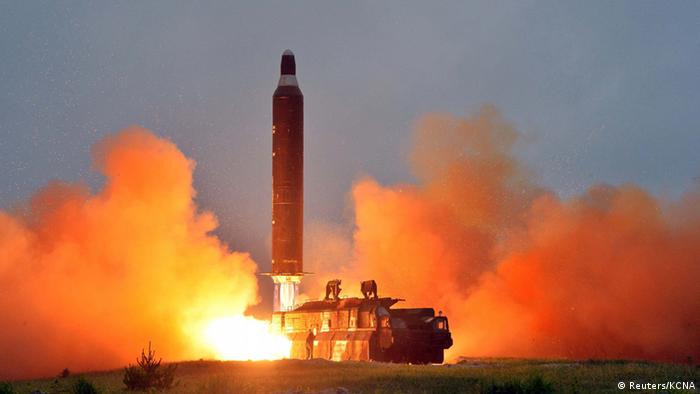 North Korea on Monday responded US and South Korea's decison announced on Friday to go ahead with the Terminal High Altitude Area Defense (THAAD) anti-missile system, which it said would be used to counter North Korea's growing nuclear and ballistic missile capabilities.

The United States and South Korea are negotiating plans to deploy a missile defense system south of the demilitarized zone. But Russia and China object, saying the deployment would compromise their security needs. (30.04.2016)

"There will be physical response measures from us as soon as the location and time that the invasionary tool for US world supremacy, THAAD, will be brought into South Korea are confirmed," the North's military said in a statement.

"It is the unwavering will of our army to deal a ruthless retaliatory strike and turn (the South) into a sea of fire and a pile of ashes the moment we have an order to carry it out," the statement carried by the official KCNA news agency said.

"The DPRK will take a physical counter-action to thoroughly control THAAD... from the moment its location and place have been confirmed in South Korea," the artillery bureau of the North's military said in a statement, according to the official Korean Central News Agency (KCNA).

A South Korean Defence Ministry official said selection of a site for THAAD could come "within weeks," and the allies were working to have it operational by the end of 2017. 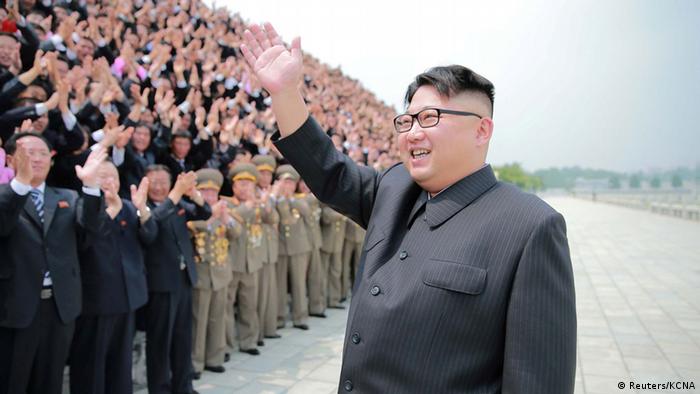 Pyongyang also test-fired what appeared to be a submarine-launched ballistic missile a day after the announcement by Seoul and Washington, following Pyongyang's tests of its medium-range Musudan missiles on June 22, which are theoretically capable of reaching US bases in Guam.

The move to deploy the THAAD system drew a strong protest from China. Chinese Foreign Minister Wang Yi said on Saturday that THAAD exceeded the security needs of the Korean peninsula, and suggested there was a "conspiracy behind this move."

It also came a day after the US Treasury Department blacklisted North Korean leader Kim Jong Un for human rights abuses, which North Korea called "a declaration of war."

South Korean President Park Geun-hye said on Monday the THAAD system was not intended to target any third country, but was aimed at countering the threat from the North.

"I'm certain the international community knows full well that we have no intention whatsoever to target any other country or threaten them," Park said.