Helium balloons from North Korea have scattered around one million propaganda leaflets in South Korea, Seoul has said. The move comes amid an ongoing propaganda battle, triggered by Pyongyang's recent nuclear test. 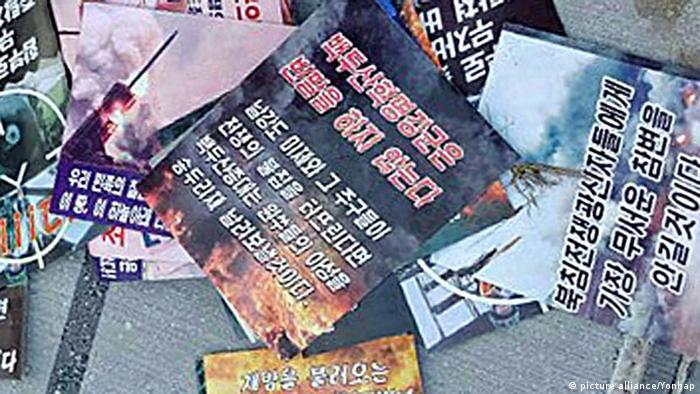 Most of the flyers were collected near the border in South Korea's Gyeonggi province, but some made it as far as Seoul.

The broadcasts and the pamphlets appeared to be in response to South Korea's decision, earlier in January, to blast a mix of K-pop and propaganda messages into North Korea, also using giant banks of speakers on the heavily militarized border.

South Korea's propaganda broadcasts came in light of Pyongyang's fourth nuclear test, carried out on January 6. The international community condemned the test, with the US and Japan describing it as "yet another violation of [North Korea's] obligations and commitments under international law."

The escalating psychological warfare between the North and South dates back to the 1950-53 Korean War. Such leafleting by the North has been rare, however, since the two Korea's struck a tension-relieving deal last year, which saw the South cut the music and propaganda.

Less than a week since North Korea carried out a nuclear test, the US and South Korea are still discussing military action against Pyongyang. The US military in South Korea has reportedly been put on its highest alert. (11.01.2016)