The controversial reactor at Yongbyon has been at the center of a years-long feud between North Korea and the UN. Past agreements with the North to close the reactor have eventually been violated, leading to sanctions. 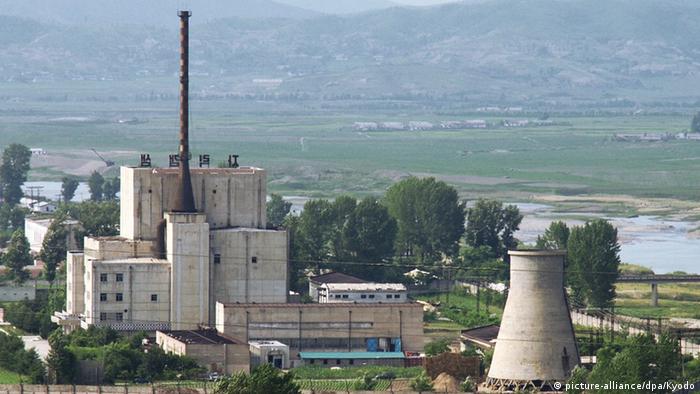 Satellite photos suggest North Korea has restarted the nuclear reactor that used to produce plutonium for its nuclear weapons program, according to a Washington-based think-tank.

Initial photos from January 18 showed preparations underway to restart the reactor at Yongbyon, having previously unloaded spent fuel rods for reprocessing to produce additional plutonium for its nuclear weapons stockpile.

"Imagery from January 22 shows a water plume (most probably warm) originating from the cooling water outlet of the reactor, an indication that the reactor is very likely operating," the US-Korea Institute at Johns Hopkins University's School of Advanced International Studies reported.

According to the report, it is impossible to know at what power level the reactor is running. However, "it may be considerable."

North Korea has maintained its nuclear program and continued to develop its missile program in violation of repeated rounds of international sanctions.

Indeed, there is growing speculation that the North is planning another missile test - in defiance of UN resolutions.

In response, hundreds of marines from the US and South Korea have been conducting shirtless hand-to-hand combat drills on snow-covered ski slopes in Pyeongchang, which is set to host the 2018 Winter Olympics.

"US Marine Corps and ROK (Republic of Korea) Marine Corps partnered together at every level to build a camaraderie and friendship of the two countries' militaries, but also to increase our proficiency in the event where we have to fight a war together," US Captain Marcus Carlstrom told journalists.

The training began January 15, and will conclude on February 3. Pyeongchang lies about 180 km (115 miles) east of Seoul.

"The colonial puppet forces, no more than a rabble, are keen on escalating the tension and the moves to ignite a war at a time when even their American master is at a loss how to cope with the DPRK's powerful nuclear deterrent," wrote North Korea's Minju Joson newspaper, as quoted by the KCNA news agency.

North Korea's official name is the Democratic People's Republic of Korea, or DPRK.

On Monday, acting South Korean President said the deployment of a US missile-defense system should not be delayed in the face of the growing nuclear threat from North Korea.

North Korea has been ramping up its weapons tests this year, defying sanctions and prompting warnings that Pyongyang could be preparing to resume nuclear tests. Seoul, the US and Japan have condemned the latest launch.