Pyongyang has conducted several nuclear tests, including one in January. The latest developments at North Korea's Yongbyon complex come amid heightened tensions over global nuclear security. 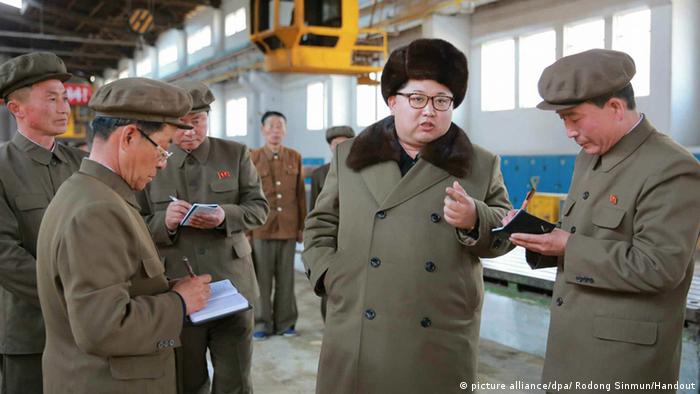 North Korea has test-fired a short-range "projectile" near its east coast, striking land. This latest launch comes just days before the US is set to meet with South Korea and Japan to discuss the North's nuclear program. (29.03.2016)

N. Korea has fired several short-range projectiles just days after it launched medium-range missiles. The North has recently announced a plan to conduct nuclear tests as a response to US-South Korean military drills. (21.03.2016)

"Exhaust plumes have rarely been seen there and none have been observed on any examined imagery this past winter. The plumes suggest that the operators of the reprocessing facility are heating their buildings, perhaps indicating that some significant activity is being undertaken, or will be in the near future," said analysts at the US-Korea Institute at John Hopkins University in Washington.

"Whether that activity … means reprocessing additional plutonium is underway or will be in the near future remains unclear," the report said.

The report cited a recent statement by US National Intelligence Director James Clapper, who said Pyongyang could possibly extract weapons-grade plutonium in weeks.

The report comes months after North Korea carried out its fourth nuclear test, which it claimed was a hydrogen bomb. However, experts said the yield seemed too low for a thermonuclear device of that magnitude.

The Yongbyon Radiochemical Laboratory is one part of the nuclear scientific research center in the same city.