A UN panel investigating reports of chemical weapons use by Bashar al-Assad's government in Syria has found a link to North Korea. Pyongyang may have been supplying the Assad regime for a decade, the panel found. 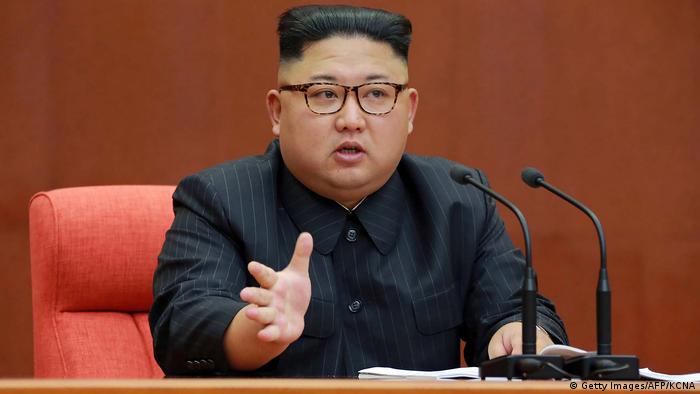 UN weapons experts have found that North Korea has been supplying Syria with items used in manufacturing chemical weapons, according to an unpublished report released to US media.

The report, seen by The New York Times and The Associated Press, claims to provide "substantial new evidence" that North Korea had exported material used in Syria's ballistic missile and chemical weapons programs as far back as 2008. According to the panel, North Korean missile technicians traveled to Syria and were observed working at known chemical weapons and missile facilities inside the country.

The report describes the arrangement, which would violate UN sanctions, as a source of much-needed cash for North Korea's nuclear missile program; it also enabled Syria's government to maintain its chemical weapons arsenal.

The report includes Syria's response to the panel: "There are no Democratic People's Republic of Korea technical companies in Syria, and the only presence of some DPRK individuals are confined in the field of sports under private individual contracts for training athletics and gymnastics."

The UN panel reported that Syrian officials had not responded to a request for documents that would support this assertion, nor had the UN been given a list of all North Koreans who have traveled to Syria. 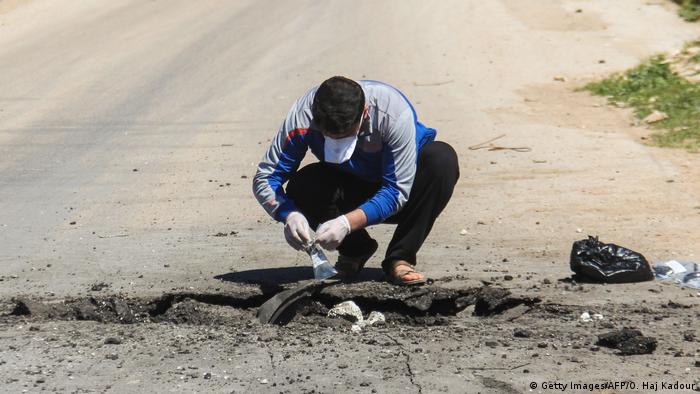 A Syrian man collects samples from the site of a suspected toxic gas attack in Khan Sheikhun, Syria, in April 2017

Although Syria signed the Chemical Weapons Convention in 2013 — and declared that it had given up its chemical weapons stocks — the UN report underscores ongoing concerns that President Bashar al-Assad's regime has reneged on this agreement.

According to the report, a North Korean technical delegation visited Syria in August 2016. This trip "involved the transfer to Syria of special resistance valves and thermometers known for use in chemical weapons programs."

The panel also examined container shipments sent by the Chinese company Cheng Tong Trading Co. Ltd. to Damascus-based companies in 2016 and 2017. According to the report, 13 shipping containers were filled with "acid-resistant tiles," which are commonly used for building chemical weapons factories. There were apparently enough to cover 5,000 square meters (54,000 square feet), enough for a large-scale industrial project.

The experts also investigated the activities of Ryu Jin, a senior official in Syria for the Korea Mining Development Trading Corporation, known as KOMID, who is on the UN sanctions blacklist. KOMID is the DPRK's main arms dealer and primary exporter of material and equipment related to ballistic missiles and conventional weapons. Ryu Jin is believed to have exported ball-bearings and fiber-optic cables to Syria, earning over €100,000 ($122,000).

The report closely follows Tuesday's announcement that the Organization for the Prohibition of Chemical Weapons had opened an investigation into attacks on rebel-held eastern Ghouta. The OPCW will be examining strikes that took place on Sunday, which authorities say killed a child and caused symptoms consistent with exposure to chlorine gas.

Earlier this month, political leaders in Britain, France and the United States said they would support targeted military action against the Assad regimeshould proof emerge that chemical weapons had been used.