The North Korean regime has cut rations of food to 300 grams a day after the worst harvest in 10 years, the UN says. And a UN team found that 10.1 million people lacked enough food to take them through to the next one. 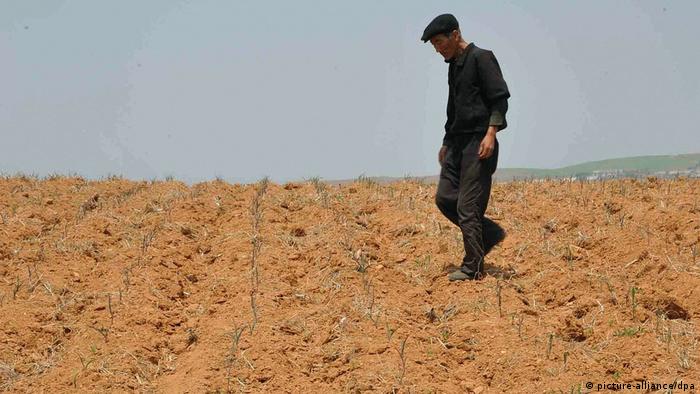 North Korea is experiencing one of its most severe food crises in years following the worst harvests in decades, caused by dry spells, heat waves and flooding, the UN said on Friday.

The World Food Programme (WFP) said the North Korean government had reduced rations to their lowest level ever for this time of year. People were receiving just 300 grams (less than 11 ounces) per day, down from 360 grams per day at the same time last year.

WFP spokesman Herve Verhoosel told a press conference in Geneva that "10.1 million people [in North Korea] suffer from severe food insecurity, meaning they do not have enough food till the next harvest."

The information was gathered by UN teams invited by North Korea to carry out a new food security assessment from March 29 to April 12.

Other findings of the assessment

Among other things, the assessment recommends

North Korea suffered a major famine in the mid-1990s. Reliable figures do not exist, but between 250,000 and 3 million people are thought to have died. The impoverished rural regions in the communist country are particularly at risk of food insecurity.

What caused the current crisis? The WFP says repeated climate shocks had limited production capacity, with drought, a severe heat wave and floods in some important food-producing regions. It also mentions a lack of farming essentials such as fertilizers and fuel as drivers of food insecurity in North Korea.

How was the study carried out? The WFP said the UN mission teams had been permitted to visit cooperative farms, rural and urban households, nurseries and food distribution centers.