North Korea has staged a huge military parade less than 24 hours ahead of the opening of the Pyeongchang Winter Olympics. The extravaganza celebrated the 70th anniversary of the founding of North Korea. 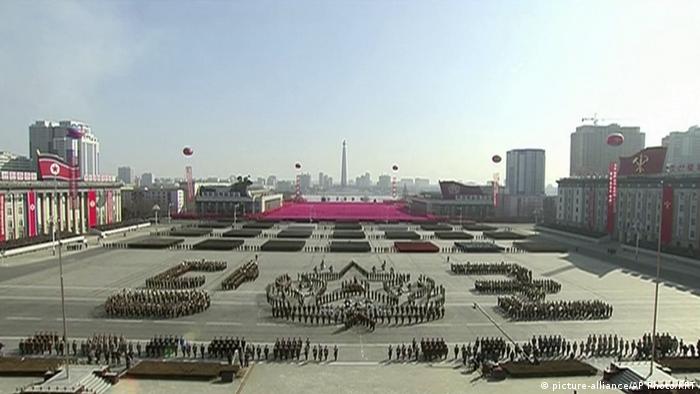 North Korean leader Kim Jong Un watched on as tanks and thousands of troops staged a military parade on Thursday, marking seven decades since the formation of the country's armed forces.

Dressed in a long black winter coat and fedora, Kim could be seen at the beginning of the event walking on a red carpet with his wife, Ri Sol Ju, and Kim Yong Nam, the country's ceremonial head of state. 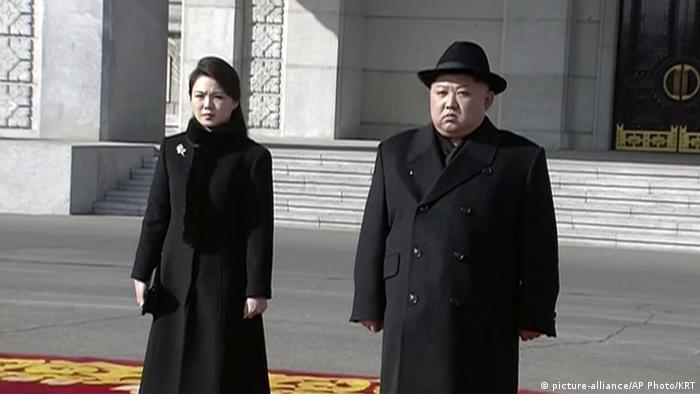 Kim and his wife Ri Sol Ju appeared together at the event, brought forward from April

The north is using the Pyeongchang Winter Olympics in South Korea to stage a charm offensive, including sending performers, cheerleaders and Kim Jong Un's sister to the games.

As well as an estimated 13,000 soldiers, the parade included artillery tanks and trucks and a band forming the Korean word for "victory."

"We ... have become capable of showcasing our stature as a world-class military power to the world," said Kim, who took his place on a rostrum to watch the parade.

He added that, even during the games, the military should ensure that invaders could not impinge on the North's sovereignty "even by 0.001 mm." 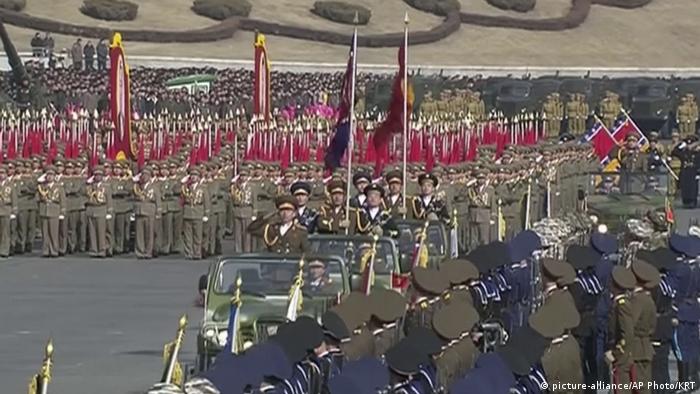 Thousands of soldiers took part in the event, with no foreign journalists invited as would normally be the case

The North's last parade took place in April 2017, when state television showed the event live. This time, instead, it was aired hours later and foreign reporters were not invited to the event. The North usually invites hundreds of foreign journalists to show off the spectacle.

As well as including Kim Yong Nam, the North's high-level delegation to the South for the Olympics will include Kim Jong Un's sister Kim Yo Jong, who appears to be an increasingly powerful and influential figure.

Among the most noteworthy pieces of hardware that made an appearance at the parade were four giant Hwasong-15 long-range missiles, part of the ballistics program that has attracted further sanctions from the world community against the country. 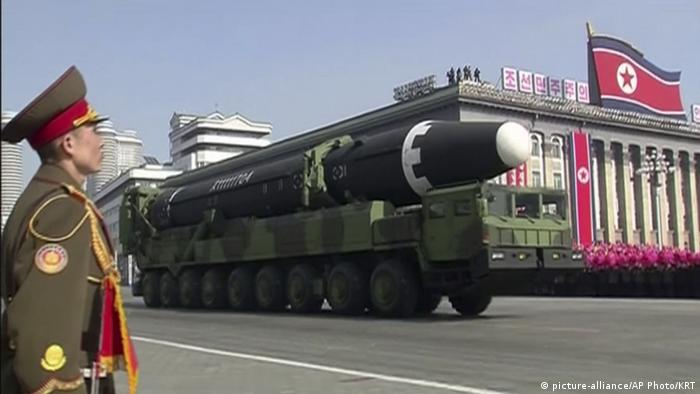