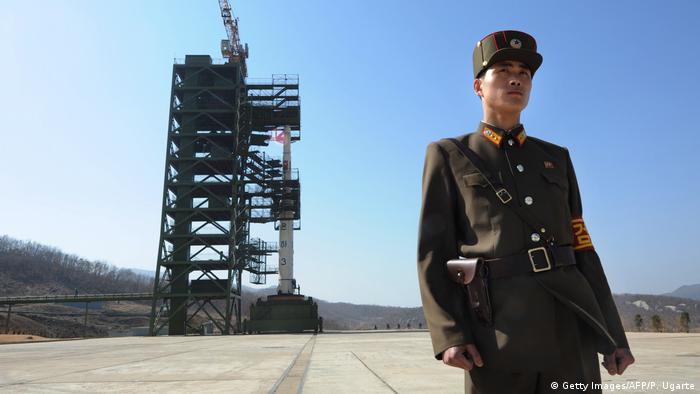 North Korea announced it had successfully completed another "crucial test" at the Sohae long-range rocket launch site, as frustration grows over the lack of progress in negotiating sanctions relief with the US.

"Another crucial test was successfully conducted at the Sohae Satellite Launching Ground from 22:41 to 22:48 on December 13," a spokesman for the North's National Academy of Defence Science said in a statement carried by the official KCNA news agency on Saturday.

He added that "research successes" will be "applied to further bolster up the reliable strategic nuclear deterrent" of North Korea.

The statement did not specify what kind of test was conducted. It may have included technologies that improve missiles' capability of reaching the US.

The completion of another "very important test" had been announced days earlier.

US Special Envoy on North Korea Stephen Biegun is due to arrive for a three-day visit to Seoul in South Korea on Sunday.

Three previous summits with US President Donald Trump have failed to deliver sanctions relief for North Korea. The country's leader, Kim Jong Un, has threatened the US with a "Christmas gift" if concessions are not reached by the year's end. Experts have suggested this "gift" could be an intercontinental ballistic missile.

The US and other countries have condemned several rocket launches carried out by the North. These are thought to be disguised long-range ballistic missile tests.

The US tested a medium-range ballistic missile of its own over the Pacific Ocean on Thursday.

In 2017, North Korea conducted a series of missile tests that demonstrated potential for its rockets to reach far into the US mainland. A war of words followed between the US president and the North Korean leader.

Currently, experts believe that Pyongyang's missiles still need improvements before they can be considered a viable threat to the US.

The North Korean leader suspended all nuclear and intercontinental ballistic missile testing last year while engaged in talks with the US and South Korea. But Kim has said he is open to seeking a "new path" should sanctions remain in place.

North Korea called the comments a "hostile provocation" and said the US may have ruined its chance at reaching a nuclear agreement.