Paul French, analyst and author of the new book "North Korea: State of Paranoia," says the country is slowly opening up to foreign influences, through pirated films and other contraband, and this could lead to a revolt. 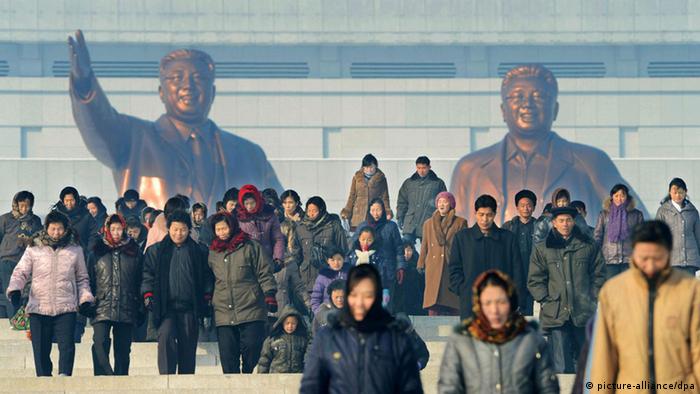 DW: What sparked your interest in this secretive state?

Paul French: I was living and working in China as an economic analyst and in 2002 decided to take a trip to North Korea to have a look at it and see what was different between North Korea and China. While I was there the biggest economic reform in North Korea to date happened - they changed prices, they changed the currency, they changed wages, they changed everything - and we didn't know anything about it until we got back. I thought that it was quite incredible that a country could change the way it runs its entire economy - which it then changed back again rather quickly - and yet when you were there you wouldn't even know about it.

How easy was it for you to get into North Korea in the first place?

It's not difficult to get in, depending on where you are from. It's a little bit more difficult if you are a citizen of America or some other countries. The question is: How much access do you get when you are there? The answer is - for everyone from ambassadors down - not very much. 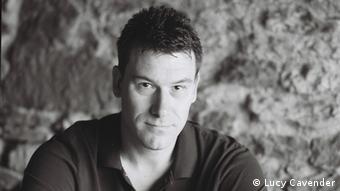 Did you have minders accompanying you in North Korea?

Yes. The minders have minders as well. Not only are you not able to speak to North Koreans as you would like as a journalist or an analyst, but also the minder who is with you has another minder. After all, one foreigner alone with a North Korean - who knows what could be said? There's always some confusion or suspicion amongst the minders about who is the most senior minder. So, who is really watching who? I know they are watching me, but which one of them is watching the other one?

In your book you describe life in Pyongyang in fascinating detail. How did you manage to do this?

It was a combination of trying to get off the leash as much as possible and have a wander around alone, talking in China and South Korea with defectors and refugees who have left, and then trying to work out what is true in the plethora of rumors and tall tales about life in North Korea.

When you were "off the leash" what aspect of everyday life stuck out the most?

The thing that hits you immediately is the level of politicization of society: from the moment people get up in the morning, with the radio they listen to and the one newspaper that they get to read; to when they go to work, where meetings are held at the start of the day to discuss objectives and policies from Kim Jong Un; through to the end of the day, where most entertainment and television is political. This is the same for school children, for students and within communities for senior citizens. Politics is thrown at you 24/7, and that's pretty overwhelming. 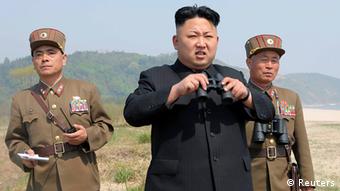 Kim Jong-un continues to spend heavily on the military, at the expense of his country's citizens

Something that struck us was your description of North Korean power cuts to one side of the street. You described kids heading across the street to the other side to stay at friends' houses, because it was warmer over there. How does this marry with a strong focus in daily life on politics?

All of that would of course annoy any of us if we were aware - as we are - that many places have electricity that is not interrupted, bar an accident or a strike. But if you live in North Korea you really don't have very much idea of what life is like in other countries, so it is all relative.

For decades now, Pyongyang has not been able to keep the power on fully. And remember that Pyongyang is an extremely privileged place in comparison to many other North Korean towns and cities, and especially in comparison to the countryside. People have coping strategies. If you know that the power is going to go off on one side of the street, then when your power is off, you send your kids over there or maybe you finish your cooking over there. You see people running across the street with a pot of half-finished food to finish it off somewhere else.

You write a lot about the role of women in this society. What struck you the most about their role?

It's tough for everyone in North Korea, but it is particularly tough for women. North Korea's governing philosophy is called Juche theory. It's a mix of good, old-fashioned, Marxism-Leninism with a fairly heavy dose of Confucianism and a link to, supposedly, traditional, Korean ways of doing things. This means that women are encouraged to be in the workplace, and most women are in the workplace in some form. But the Confucian hierarchy means that children are subordinate to their parents, women are usually subordinate to men, and of course everyone is subordinate to whoever is the leader of the country at that time.

That means that, not only are women being asked to do very hard work, they are having to deal with feeding, clothing and cleaning. Especially when it comes to feeding that can mean a lot of time queuing, a lot of time looking for food or trying to make food go a long way. It's extremely time-absorbing and energy-sapping. The burden falls on women in North Korea.

How were you received by people in their homes? Were you treated like an alien? 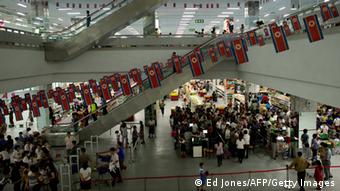 It has changed over time. When I first went, there was a bit of [being treated like an] alien. But over time, things have changed. There is now an awful lot of contraband and pirated information, particularly from South Korea, and from China as well: soap operas, films on DVD. I've also seen a lot of memory sticks coming into the country that have whole editions of television series, magazines and books downloaded on them. So, compared to a decade ago, most North Koreans have much more of an idea of what life looks like in South Korea as well as in China. Of course that has political implications, because now they are aware of the fact that things are perhaps not quite as good as their leaders told them they were.

Could this also be the beginning of the end of this system, if citizens are getting a glimpse of what is actually happening outside of North Korea?

That certainly seems to be a fear that many people have. A document was recently leaked showing that both the Chinese and the South Koreans are at the moment ramping up preparations for what they perceive could be a very sudden change, which is mostly thought of as a political coup followed by a period of complete economic collapse, which will cause all sorts of problems.

Kim Jong Un, who is rather young and not that experienced, has taken over from his father, Kim Jong Il. Despite some pretty heavy purging, including his uncle, and trying to put his stamp of authority on the government in the way that his father and his grandfather - the first leader of North Korea, Kim Il Sung - did, it hasn't really worked. He hasn't managed to consolidate power. There have always been tensions between the Kim family and the military, and it seems that both Beijing and Seoul, who know the place best, are worried that there could be some sort of catastrophic incident, a coup or something, that could plunge the place into chaos.

Paul French is a British author who writes about China and North Korea. His latest book, "North Korea: State of Paranoia," was published this month by Zed Books.

North Korea has begun a live-fire drill near a disputed sea border with South Korea. The news comes a month after similar exercises prompted an exchange of hundreds of artillery rounds across the boundary. (29.04.2014)

A UN commission led a months-long inquiry into human rights violations in North Korea. In a DW interview, the chairman of the three-member panel, retired judge Michael Kirby, talks about the disturbing findings. (05.03.2014)

Listen to the full interview with Paul French