North Korea blasts 'thoughtless remarks' from US Secretary of State

A senior North Korean diplomat has berated US Secretary of State Mike Pompeo for comments saying that Pyongyang had gone "rogue." The statement carried on state media is not the North's first jab at Pompeo. 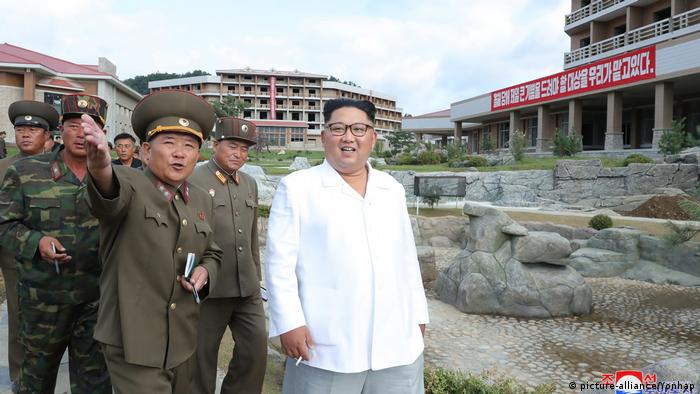 Pyongyang on Saturday claimed that hope was fading to find common ground to restart denuclearization talks in light of critical comments from US Secretary of State Mike Pompeo.

"Our expectations of dialogue with the US are gradually disappearing and we are being pushed to reexamine all the measures we have taken so far," Foreign Minister Choe Son Hui said in the statement, carried by the North's state-run Korean Central News Agency, or KCNA.

"The US had better not put our patience to the test any longer with such remarks irritating us if it doesn't want to have bitter regrets afterward," she said.

Pompeo triggered the tough talk from Pyongyang in a speech on Tuesday, when he referred to North Korea as having gone rogue.

"Americanism — it means telling the truth about the challenges we face," Pompeo said. "We called out China's bad behavior on trade and on national security. We recognized that North Korea's rogue behavior could not be ignored."

"We are very curious about the background of the American top diplomat's thoughtless remarks and we will watch what calculations he has," Choe added.

North Korea's caustic reaction to Pompeo is the latest in a line of criticisms towards the US Secretary of State, whom it recently labeled a "diehard toxin."

The conflict comes as working-level talks with Washington are in a stalemate and following several missile launches by the North that have alarmed its neighbors, but which President Donald Trump has sought to downplay.

Though Trump and North Korean leader Kim Jong Un met this June at the inter-Korean border and agreed to reopen working-level negotiations, an agreement to get Pyongyang to denuclearize appears far from certain.

Germany, France and the UK are urging North Korea to negotiate with the US. The move comes after North Korea's most recent string of ballistic missile launches. (28.08.2019)

The German government wants to stop a hostel manager from paying rent to the North Korean Embassy. But despite a UN resolution forbidding rent payments, the City Hostel Berlin is still open for business. (16.08.2019)