Following the deadly airplane crash over the Sinai last week, Russia has suspended all commercial flights to Egypt for several months. The tourist industry in northern Africa is now in crisis. 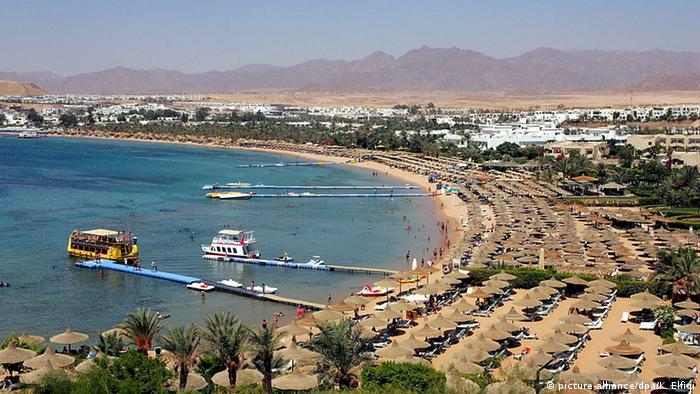 Sharm-el-Sheikh, from where the Russian plane that crashed departed, isn't the only tourist resort to be affected by Russia's flight suspension. It can also be felt in Hurghada as well as in the Egyptian capital Cairo.

"I cannot say yet how long commercial flights to Egypt will stay suspended," the Kremlin's chief of staff Sergei Ivanov said, adding that "it could be several months." He said this was a precautionary measure, as all evidence points to a bomb being the cause of the accident. The exact cause of the crash has yet to be officially determined.

Sharm-el-Sheikh is rather insignificant for German tourists 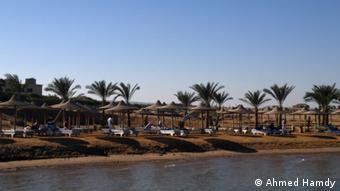 The German foreign ministry has not issued a travel warning for Egypt. German flight operator TUIfly for instance has continued its flights to Egypt. The main destination of German tourists there is Hurghada, according to Anja Braun from TUI Deutschland. Therefore Sharm-el-Sheikh does not feature as a destination in TUIfly's flight plan.

The Egyptian government is still expecting a severe drop in tourism and a loss of over 250 million euros per month. Even before the recent events, the Egyptian tourist industry has been affected by a sharp decline in visitors due to political unrest over the past few years. In 2010, before the Arab Spring, some 14.7 million visitors came to Egypt, a number that by 2014 had declined to 9.9 million people.

Regions that are seen as 'safe' are preferred destinations

Egypt isn't the only country in the region fighting to reestablish a good reputation as far as tourist safety is concerned. Tunisia's travel sector has been in crisis ever since two attacks on tourist sites in March and July, in which a total of 59 people were killed.

Since an attack in April of 2011 in Marrakesh in which 17 people were killed, Morocco has been pretty much been spared of acts of Islamist terror. Nevertheless, sun-seeking tourists still tend prefer Dubai or Abu Dhabi over Morocco, says Nadejda Popova, airlines analyst at market researchers Euromonitor International.

Travel experts predict that as long as tourist safety can not be guaranteed, visitor numbers in northern Africa will continue to decline. Other travel spots which are deemed safer, such as Turkey, Thailand and Bulgaria, could profit from the current situation. Derek Moore, chairman of Britain's Association of Independent Tour Operators, said "a shift of traffic to the western Mediterranean - principally Spain," had already been observed this summer.