As of January 1, Bulgarians and Romanians will be allowed to move to Germany to look for work. Immigration researcher Herbert Brücker talks to DW about the possibilities and consequences. 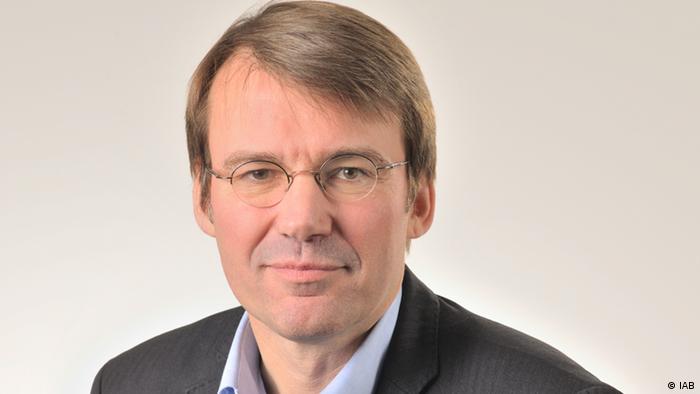 DW: Mr Brücker, what makes the concerns about the free movement of workers across the EU unfounded?

Herbert Brücker: It's not all about expanding opportunities to claim welfare benefits - there will be no changes to the law on this front. It's about creating new job opportunities. Up until now, Romanians and Bulgarians have only been allowed to work seasonally in Germany, or else if they're in training or university-level graduates. We think that between 100,000 and 180,000 Bulgarians and Romanians will come to Germany. The vast majority of them will work, and pay taxes and national insurance. This will benefit the economy.

How will this benefit the economy?

The people who come here and work will be paying into Germany's pension and insurance systems - healthcare contributions and the like, too. This will create a net profit for public finances and the social welfare system that will be significantly greater than what we spend on unemployment benefits like Hartz IV [public welfare for long-term unemployed].

What kind of new jobs will there be? 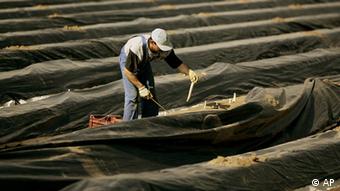 At the moment, immigrants from Bulgaria and Romania work mainly seasonally, either in the agricultural sector or the hotel industry. Many of them also work in the health and care branches. I think that agriculture will drop, but that other industries will continue to grow. The number of workers in the construction industry will also increase. And more and more people will move into other service industries, and into heavy industry.

According to your study, how do Bulgarians and Romanians currently live in Germany?

On the one hand, many of them are highly qualified. More than 20 percent are university graduates, and 18 percent are in training or further education. Most of these are students. That means we have one very well-qualified segment - or on its way to gaining qualifications in Germany, and that will probably get good jobs afterwards.

Then there are about 40 percent who have no professional qualifications, mainly seasonal workers. Between these two, we have a segment of maybe 35 percent of professionally qualified people who work in the care industry, as either ordinary workers or skilled workers. The vast majority of Bulgarians and Romanians here work and pay taxes and insurance contributions. These are completely normal working migrants, and certainly not "poverty migrants."

So there won't be any poverty migration?

There will be some poverty migration, but the majority will find work in Germany.

Is there no danger that people will come to Germany to take advantage of the social benefits? 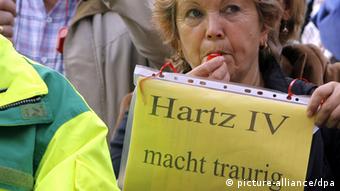 Of course, there is a mixture. About 10 percent of the Bulgarian and Romanian population in Germany claims Hartz IV. That is significantly less than the average in the country's immigrant population, which is at 16 percent. Within the population of German nationals, it's 7.5 percent. I don't think this figure will rise much. On the contrary, because of the greater opportunities, the number could actually fall.

But of course there are always some people who don't work, and instead collect welfare benefits. They are normally concentrated in certain cities like Berlin, Duisburg, and Dortmund. Offenbach and Cologne also have similar problems. In these places, the situation is very different to what the national average suggests.

You say only 10 percent of Bulgarians and Romanians claim welfare. Does that make them model immigrants?

That isn't accurate either. Bulgarians and Romanians currently have few job opportunities, which means few of them can even become unemployed, since people only become unemployed if they've had a job before. There is one part of the population that neither claims benefits, nor works - around 30 percent of the Bulgarians and Romanians. That isn't particularly many - it's a similar figure among nationals, and other immigrant groups. But in the cities in the Ruhr region and in Berlin, this proportion is at 65 up to more than 70 percent. These are people live from begging, cash-in-hand work, or something similar. These are particular problems for local communities.

The conservative Christian Social Union party has promised that, "Whoever cheats, gets thrown out." Is that the right attitude to take? 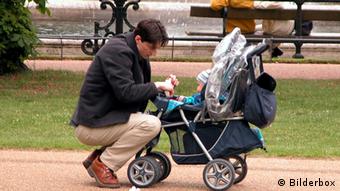 Up until now we have very few cases, maybe around 100, of actual proven deception. In other words, it is not a mass problem at all, rather the exception. We've also looked at cases of self-employment. Some Bulgarians and Romanians come here to register themselves as fake self-employed people in order to claim the extra benefits. In Germany, we've had around 2,000 such cases - which is not very many, either.

And it's not true either, as is often claimed, that we have a huge proportion of children's allowance claimants. Only 8.8 percent claim this benefit. Among Germans, it's 11 percent, and among the rest of the immigrant population 15 percent - so the Romanians and Bulgarians are well below the averages. At the moment, there is hardly any statistical proof that there is wide-scale abuse of social benefits.

Herbert Brücker is immigration researcher at the Institute for Employment Research (IAB). He contributed to its report on the situation of migrants from Bulgaria and Romania, published on December 23.

The conservative Christian Social Union has ignited yet another debate about "poverty immigration" into Germany. The integration commissioner for the government, which includes the CSU, has condemned its proposals. (31.12.2013)