Are Romanian and Bulgarian workers eager to emigrate? | World | Breaking news and perspectives from around the globe | DW | 28.12.2013

As of January 2014, restrictions are lifted on Romanians and Bulgarians seeking long-term work in other EU member states. But experts say expectations of massive immigration from the two countries are likely unfounded. 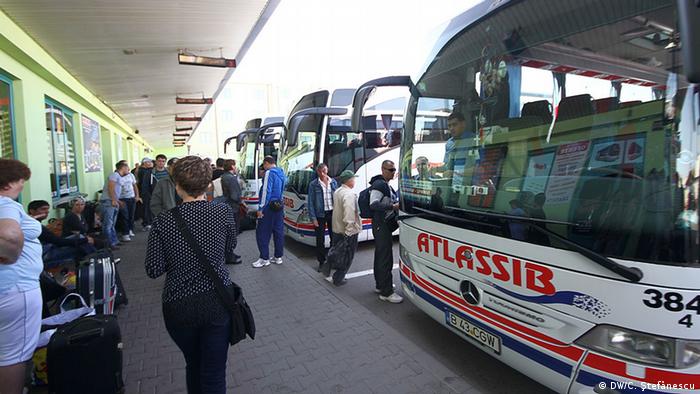 Ideally, Nicu would like to stay in his home country, Romania. He worked as an electrician for a large electricity provider in western Romania for 25 years. His employer used to be a state-owned company until it was taken over by a foreign investor.

Many of his colleagues lost their jobs in the last couple of years. 45-year-old Nicu was initially allowed to stay. "But because of staff shortages, I had to pull double shifts," said Nicu, who doesn't want his last name published. "I was so tired that sometimes I almost fell asleep while I was driving."

Eventually, Nicu was also laid off. In order to find a new job in the private sector or register as self-employed, he now has to complete a qualification class, despite having worked in his field for more than two decades.

The class costs 1,000 euro ($1,381) - a fee that would have to come straight out of the unemployed electrician's pocket. That's more than two months of the average salary in Romania. "I have no idea how I'm supposed to keep paying for my daughter's studies," Nicu said.

That's why he's thinking about looking for jobs in Western Europe as of 2014, including in the areas of construction and agriculture. But Nicu is not sure whether he can bring himself to take that step.

"There is a high risk of being exploited as a Southeast European abroad," he said.

Not ready to leave 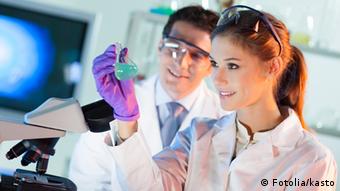 Legal limitations on the ability of Romanians and Bulgarians to accept unlimited work contracts in other EU countries are set to be lifted on January 1, 2014. But people in Romania and Bulgaria are hardly sitting on packed suitcases, says Sven-Joachim Irmer, head of the international office of the German political foundation Konrad-Adenauer-Stiftung (KAS) in Romania and Moldova.

Irmer notes that it's normal for EU citizens to look for jobs or a place to study in other EU member states, but he says he doesn't believe "an immigration glut" is on the way, as a number of Western European media outlets have suggested.

Romania and Bulgaria have been EU member states since 2007. Even before 2014, Romanians and Bulgarians were allowed to legally work in Germany as long as they applied for a work permit with the German Federal Employment Agency.

Highly qualified workers and their family members, as well as trainees, have been exempt from this rule and were allowed to work in Germany without having to apply for a work permit.

The changes coming into effect in 2014 mainly concern unskilled workers from Romania and Bulgaria, who were previously only allowed to work for six consecutive months as seasonal workers in Germany and who will now be allowed to look for long-term jobs.

Exact numbers on how many Romanians are planning to migrate to Western European EU member states after January 1, 2014, are unavailable. Currently, more than three million Romanians live abroad, according to a recent study by the Organization for Economic Cooperation and Development (OECD). 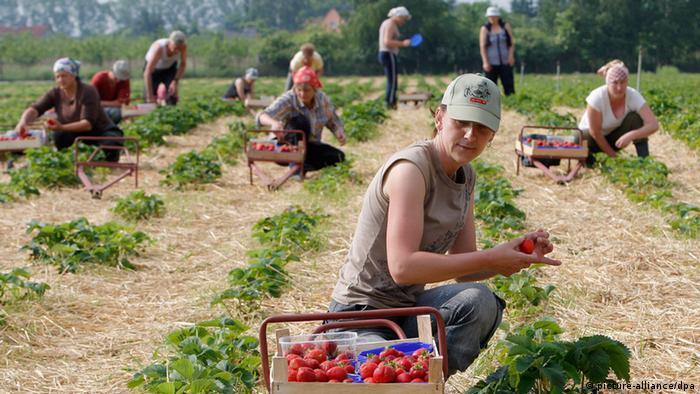 Until 2014, seasonal workers from Romania and Bulgaria could stay in Germany only for six months

The opinion research center Afis recently asked Bulgarian citizens about their potential emigration plans. The result: about 17 percent of Bulgarians aged 15 to 55 (approximately 400,000 people) are thinking about leaving their home country behind to look for a job in other EU member states.

But that's not a new phenomenon. In 2008, about one fifth of Bulgarians wanted to emigrate, according to opinion polls.

Dieter Emmert is leading the Bulgarian offshoot of the German company Grammer, a manufacturer of car interior systems and car seats. He thinks that engineers and technicians from Bulgaria will find many opportunities on the German job market.

Local authorities in Germany fear their social funds are being used up by Romanians and Bulgarians who are taking advantage of the system. But a new study by the European Commission dismisses that belief. (12.10.2013)

In many European countries, the Roma are socially marginalized. In an interview with DW, EU Justice Commissioner Viviane Reding calls on member states to fight discrimination (11.09.2013)

Germany has told EU interior ministers meeting in Brussels that it continues to oppose any inclusion of Romania and Bulgaria in the passport-free Schengen area. Britain has called for EU limits on freedom of movement. (05.12.2013)

"Germany is getting out of recession and badly needs to bolster its labor force," Emmert said, "Bulgarians' experience in Germany will be very valuable later when Bulgaria's currently idle industrial sector expands. The only question is: How can Bulgaria entice these people to come back home?"

Mila Natudowa is wondering the same thing. After completing a management internship in the United States, she now works for an association for Bulgarians trained abroad called Here And There.

She says exchange students returning to Bulgaria are often disappointed with the amount of bureaucracy, limited opportunities for advancement and low salaries in their home country. Natudowa says those factors need to change in order for Bulgaria to maximize its ability to retain skilled workers.

But there are already positive signs for the Balkan country. "According to our surveys, more and more people are willing to return home to Bulgaria after having studied abroad," Natudowa said.