′No press freedom in two thirds of the world′s countries′ | World| Breaking news and perspectives from around the globe | DW | 02.05.2012

'No press freedom in two thirds of the world's countries'

On World Press Freedom Day, DW spoke with Michael Rediske on the board of Reporters without Borders Germany, about the problems and dangers facing journalists worldwide. 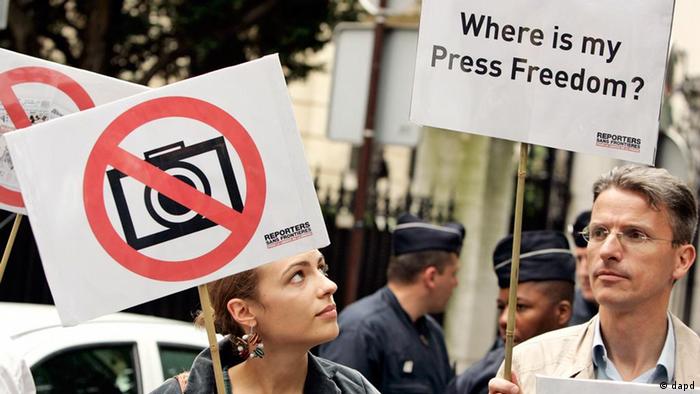 DW: Is May 3 a day for celebrations or a day of grief for you?

Michael Rediske: It is day to highlight problems, to set the focus on the state of press freedom and on the fact that in two thirds of the world's countries, press freedom is not guaranteed.

Each year, reporters without borders publishes a country ranking on press freedom. Which are countries are the worst offenders?

What are the biggest problems in Eritrea?

The revolutionary government, which turned into a dictatorship, has imprisoned dozens of journalists, with almost all the remaining journalists fleeing the country.

Can you tell us how many journalists died last year doing their job?

The number has increased in recent years. Last year, we had a least 66 journalists who were killed because of their job or while doing their job. That figure doesn't include those who died for unknown reasons. Most murders of journalists are never investigated.

Where are most of those murders taking place? 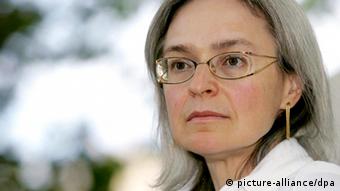 We regularly have journalists being murdered in Russia. Especially in the provinces, there's a climate of fear. Many journalists are killed in Pakistan, too. That's linked to the conflict in neighboring Afghanistan. Mexico and Honduras are other countries where the military is fighting drug cartels and journalists are being threatened not to report on those issues.

How dangerous is being a journalist in the Arab world?

It depends on the country. In Tunisia, for instance, it's no longer dangerous. In Syria, however, it's as dangerous as it used to be in Iraq a few years ago. The Arab Spring has triggered large conflicts, requiring journalists to be there to cover them. But they're being attacked by regimes trying to keep them out. In Syria, we have a number of journalists who died in places where fighting took place. Much hope had been pinned on Egypt, but it's actually gotten worse there because the military government has implemented emergency laws and curbed press freedom.

At the very bottom of the list is China. How do you see the situation there?

There was some hope for improvement when Beijing hosted the Olympics. But that hope proved wrong. China has big social problems, especially in the provinces. We keep hearing about journalists being attacked or imprisoned at the regional level. And although China, unlike North Korea, has an independent media, critical journalists can never be sure where their limits are and because of that often end up in prison. More than 30 journalists are currently imprisoned in China.

Let's look at a country that normally isn't in the focus for infringing press freedom. The United States has dropped by 27 places down to number 47 in the ranking. Is that because of the police crackdowns on the Occupy movement?

There usually is less of a focus on South America. What is the situation there? 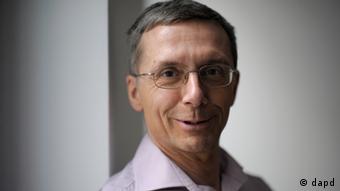 The situation is different in different countries. Generally, it is better than 20 years ago when South America still had dictatorships. I already mentioned Mexico and Honduras - in other words, all those countries where the drug mafia is a powerful force . Columbia, which has been suffering from decades of civil war, is a source of concern. At the bottom of the list in the Americas is Cuba. Some journalists have been released in the recent past, but press freedom is still very, very limited and only exists to some degrees on the Internet.

Azerbaijanwill host the Eurovision song contest on May 26. The country is also being criticized for disregarding press freedom. Could this change because of the song contest?

I am rather pessimistic about that. Reporters without Borders also had hoped for certain improvements in China after the Olympics. Nevertheless, we believe that big public events – whether sports, arts or entertainment – help draw more attention to a country. That is also the case with Azerbaijan. But if something improves, it's usually just for a short time – namely, while the foreign media is watching. Today, we see that the Azerbaijan government in actually concerned about protests and, in fact, has tightened the grip on journalists and bloggers. Six are currently in prison.

Michael Rediske is spokesman of the board of Reporters without Borders in Germany.

Media activists in Indian say the Indian state is increasingly becoming 'intolerant' as the government finds ways to regulate media, in particular the social networking websites. (02.05.2012)

Chiranuch Premchaiporn is standing trial for slandering the royal family even though the words weren't hers. She could face up to 50 years in prison. Activists say politicians abuse the law to silence critics. (27.04.2012)

Jordan has arrested a journalist who published allegations that the country’s Royal Court abused its power by protecting a former cabinet minister from indictment. Journalists have demonstrated to demand his release. (24.04.2012)