No Brakes on Germany′s Population Freefall | Germany | News and in-depth reporting from Berlin and beyond | DW | 17.08.2006

A new study out by Germany's Federal Statistics Office shows the country's birth rate continues to decline. Some reports even say the eastern city of Chemnitz has the lowest number of babies born in the world. 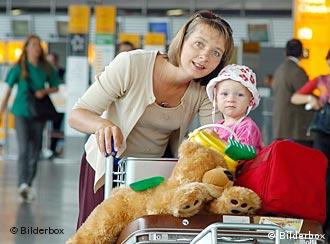 German women are increasingly choosing not to have kids

While the cityscape of Chemnitz with its large number of pre-fab apartment blocks might not be to everyone's taste, the city hardly looks like a slum. Money has poured in to rebuild the infrastructure after German reunification; a few prestigious architectural projects have added some pizzazz to downtown; and the city is having some success remaking itself into a high-tech center. It's not a bad place to live.

Still, women in Chemnitz are choosing not to have children, or at least very many of them. With only 6.9 children born per 1,000 people in 2005, the birth rate of this city, which was known as Karl-Marx-Stadt during the East German era, has fallen into the sub-sub-basement. Few are optimistic it will climb out anytime soon.

"Families say they want kids, even several kids, but many are saying, 'no, we had better wait'," said Annette Buschmann, director of the women's counseling department at the Stadtmission Chemnitz. She and her staff counsel pregnant women on their various options.

"In our office, we hear all the time that it's an overall insecurity about work and one's future economic security that keeps women from having children," she said. 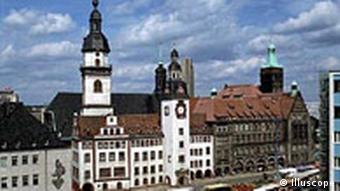 The spruced-up market square of Chemnitz is not enough to inspire babymaking, it appears

Chemnitz finds itself in the same situation many eastern German cities do, which have yet to see the "blossoming landscapes" promised by then-Chancellor Helmut Kohl when East and West Germany were unified. The unemployment rate in Chemnitz is over 20 percent, and the city's population is shrinking, having lost more than a fifth of its population since 1990. Many of those unsightly housing blocks built to house the socialist worker sit empty.

For those living on unemployment or welfare and worried about new reforms that promise to whittle away at benefits, having children starts to look less attractive or simply not realistic.

"You still see pregnant women on the street," said Buschmann. "What you do notice in the last few years though is that it's much harder for women to decide to have a second or third child."

While the problem is particularly pronounced in eastern Germany, it's not limited to the former GDR. The report out this week from Germany's Federal Statistics Office shows more people died in the country in 2005 than were born. 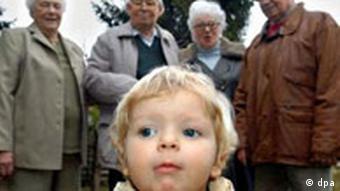 A rare species in Germany

According to the statistics agency, the trend that began in the early 90s shows no sign of stopping: fewer children are being born in Germany; and because of improved medical care, people are living longer. The society is getting greyer.

Germany's overall 2004 birth rate of 1.37 (according to numbers by the EU's statistics office Eurostat), puts it near the bottom of the western European pack, although some southern and eastern European countries are lower. That number is far below the replacement level of 2.1 percent needed to keep a country's population stable without large-scale immigration.

While birth rates in Germany have been declining gradually since the 1970s, eastern Germany experienced a demographic earthquake right after reunification. In parts of Saxony, 80 percent fewer babies were born in the years following the collapse of East Germany. The numbers have stabilized somewhat, but there are still only one-third the number of children born in eastern Germany as were before the Berlin Wall fell. 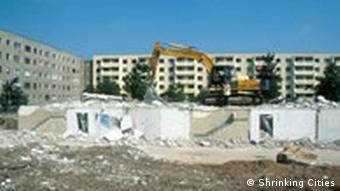 Experts say in parts of the east, particularly more rural areas, a "worst-case scenario" developed. The low fertility rate combined with a large outward migration of young people looking for work in western Germany or abroad led to a drastic drop in population levels.

Besides the economic fears, other reasons for low birth rates across the country include a conservative tradition where women are expected to stay at home with the children, schools that let out at lunchtime and a tax system that discriminates against working women.

"Young men have learned from the society that they can only start a family when they can actually provide for a family," said Andreas Lange, a researcher at the German Youth Institute. "The 'male as breadwinner' model is still very strong."

"For example, dog food has a sales tax rate of seven percent; diapers, though, get taxed at 16 percent," said Regina Mannel, director of the Saxony state office of the Paritätische Wohlfahrtsverband charity. "That might be a drastic example, but it shows that many things in the area of policy have simply been neglected." 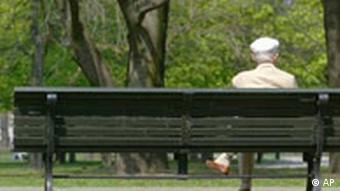 Shape of things to come?

"We are reaching a critical point," Michael Hüther, head of the Cologne Institute of Business Research, said in an interview in the newspaper Die Welt. "The availability of human capital will get worse and act as a brake on growth."

But others warn against panicking, saying Germany's population is going to shrink and it's best to learn how to manage it instead of trying to stave off the inevitable. The German Youth Institute's Andreas Lange said there was a danger that a greyer society could be less innovative, but he also saw a few potential positives in a smaller Germany.

"We already have massive problems finding training spots for youth and student-teacher ratios that are too high," he said. "This could actually be an opportunity for us to devote more to the individual child. Each one of them will become more important."

The Challenge of Demographic Change in Old, Shriveling Europe

After decades of ignorance, public awareness of demographic change in Europe is growing. (Jan. 23, 2006)

It's a statistic that scares not only single women but German leaders too. A third of 40-year-old women do not have children, causing politicians campaigning in Germany's election to push for a Teutonic baby boom. (Sept. 9, 2005)

The German government wants to combat the falling birth rate with better family policies. Tainted by controversial associations during the Nazi era, the issue was all but taboo until a few years ago. (Dec. 27, 2005)

It's the first time the German average has moved beyond 30, with fewer than 1% of first-time mothers underage. Women in Italy wait the longest before having their first child compared to the rest of the EU, data shows.

Researchers say that fathers of first-borns are steadily getting older in Germany. According to new figures, the average age for men to become fathers is now above 33.