When Tobi Adepoju was attacked by fans of Shooting Stars after a football match, it wasn't a first-time occurrence. Many Nigerian sports journalists often face harassment — or worse — from clubs and fans. 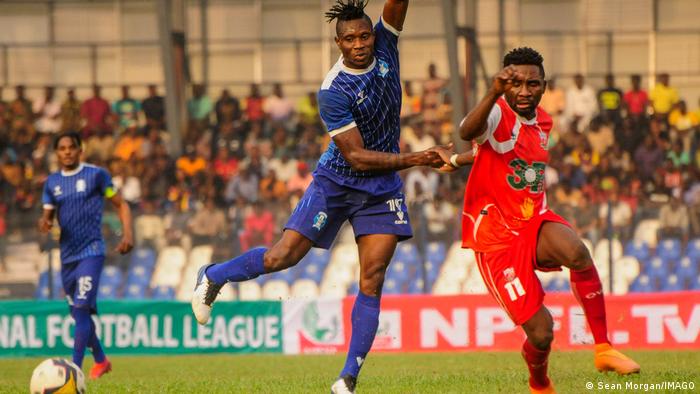 When Shooting Stars Sports Club returns to Ibadan, Nigeria, for its home games this season, its fans will not be in attendance. It's a punishment for Nigerian sports journalist, Tobi Adepoju, having been beaten up by a crowd of local fans after a recent draw against Remo Stars.

For 12 years, freelance journalist Adepoju has been traveling across the country to provide media coverage of the Nigeria Professional Football League (NPFL). The successes of Nigerian footballers abroad means the domestic scene struggles to gain traction, as most of the country is glued to European football leagues.

Many media houses choose not to cover the domestic league given the lack of audience and revenue. But for a group of sports reporters who persevere, persuing their passion for local football coverage can be a dangerous undertaking.

"Clubs tell you not to come because you criticized their performance. They say, 'Don't come to our game, otherwise we will deal with you.' We work under constant threat of violence from the clubs who use their fans to attack us," Adepoju told DW.

Adepoju had been openly critical of the Shooting Stars' managerial decisions during the season. After its loss against Kano Pillars, the team was under pressure to produce a positive result at home against Remo in a regional derby. The game ended in a 1-1 draw, leaving fans and players angry as many blamed the match officials.

Adepoju told DW that he had been chasing post-match interviews when he was targeted by some club officials who claimed he supported their opponents. He then was screamed at and slapped around by fans before exiting the press area and being chased by a crowd. It ultimately took a shot in the air from a nearby police officer to disperse the crowd. The incident was captured in a video that was shared on social media.

Atinuke Esan, another freelance journalist who was present, said she was also pushed around by angry fans and forced to exit the stadium. The fans made it clear that she was only spared a physical attack because she is "a woman."

After the video of the attack hit social media, Shooting Stars was asked to pay Adepoju a sum of 500,000 naira ($1,205;  €1,144) for his medical bills and lost equipment, while its media officer and equipment manager were both banned from football for 12 months. The club was also fined three million Naira by the NPFL.

In a response to DW, Dimeji Lawal, general manager of Shooting Stars, denied the club's involvement in the attack on Adepoju. "It's more beneficial to all clubs and organizers to have league games in a peaceful environment. There should be no room for any kind of violence or hooliganism," Lawal said.

Why are journalists attacked?

Many Nigerian sports journalists who have been attacked at stadiums know that club officials play their part in targeting reporters for critical coverage.

China Acheru, a former media officer of the defunct Dolphins Football Club of Port Harcourt, told DW that the attacks are usually instigated from the club's management — part of Nigeria's government-funded football ecosystem.

"The clubs are desperate. The state governor wants to win the league and decides to pump money into the club. The sports commissioner has promised the governor that he will win the league if he is given the money. The sports commissioner then puts pressure on the chairman of the club or the general manager who in turn put pressure on the coaches," Acheru explained. 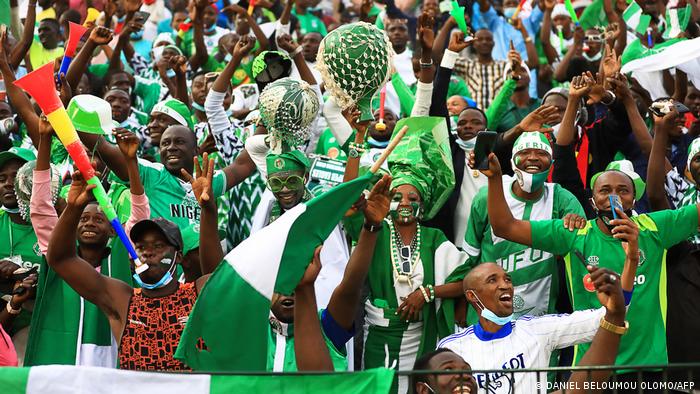 Nigerian fans are vibrant on the international scene, but their actions domestically tell a different story

"When they draw a game at home and a journalist tries to x-ray why they drew the game, they begin to see him as the enemy because the governor might hear and say that they are inefficient. So they use street thugs to harass visiting teams, referees and journalists. And when a journalist continues to criticize them, they send thugs to 'teach him a lesson,'" Acheru said.

The problem is that many of these attacks go undocumented because of a lack of evidence.

Many Nigerian sports journalists have had these encounters with clubs and their fans. Until Adepoju's case was recorded and shared on the internet, nothing had been done about such incidents.

Research about violence against journalists in Nigeria usually covers politically motivated incidents but does not consider sports reporters who face regular harassment on the beat.

Pictures of reporters have been posted at stadium gates with warnings not to allow them in and threatening violence if they show up, according to Bunmi Ogunyale, secretary of the Sports Writers Association of Nigeria (SWAN) in Lagos.

"A lot of our members have suffered, but such things should not happen. Our members should not be subjected to violent treatment while carrying out their work," Ogunyale said.

For Adepoju, he hopes the punishment against Shooting Stars can spark the change that's needed when it come to how sports journalists are treated in Nigeria.

Monday's preliminary hearing is expected to look at the police investigation into the Amsterdam shooting of the crime reporter rather than the evidence itself.

Germany are still yet to concede a goal at the World Cup, having become the first team through to the last eight. There was VAR controversy again but it was ultimately a comfortable afternoon for Germany in Grenoble.