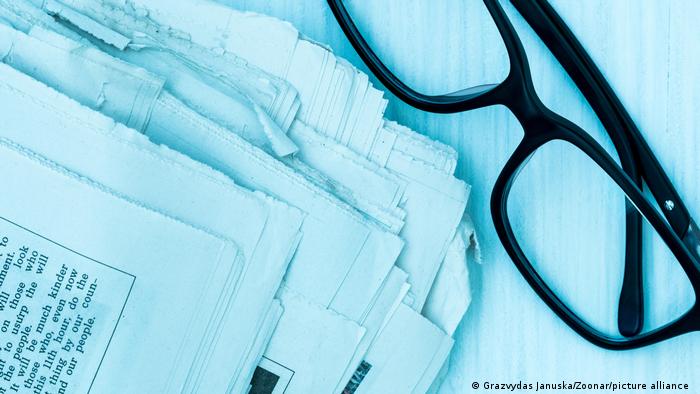 Journalists across India are increasingly being targeted for their work. According to the Committee to Protect Journalists, 2021 was one of the deadliest years for Indian journalists in the past decade, with six killed between 2021 and 2022.

In 2022, India was ranked 150th among 180 countries in the Press Freedom Index published by Reporters Without Borders, or RSF. Violence against journalists was one of the reasons cited by RSF for declining press freedom in India.

At the same time, more and more journalists are creating their own social media channels to bring the news directly to their followers and existing outside of the protective umbrellas of big name media organizations. These independent journalists often have an ardent readership and following, but they are also the ones who bear the risks for their own work.

On May 20, journalist Subhash Kumar Mahto was fatally shot in Bihar, possibly due to his reporting on the liquor mafias in the state.

"Having a brand back you helps immensely," said Anand Dutta, a freelance journalist based in Jharkhand. "When you're  not affiliated with a media organization there is no ID card that can be produced to establish your credentials or prove you are who you say."

Often, if caught in a dire situation, independent journalists find themselves without a support system. Dutta talked about a young writer who faced the wrath of the authorities after the publication of his investigative report on a local contractor who was building a school. Left alone with no support, the reporter eventually had to drop his story.

Taking on authorities as an independent journalist is a difficult task.

According to Vikas Kumar, a Delhi-based journalist, these freelancers have no choice but to work with the establishment. "It is not as black and white as people think. The journalists have to work with the police. They cannot risk a conflict with the authorities," he said.

"Governance is riddled with corruption, and anyone attempting to report on this faces threats to back off of investigations,"  said award-winning journalist and academic Aheli Moitra, who has worked for years in Nagaland.

Vishnu Narayan runs the online news portal The Bihar Mail, with more than 150,000 subscribers on Facebook. In November 2021, he did a Facebook Live, reporting from the ground on alcohol-related deaths in Bihar, where all alcohol is banned. Soon after his report, he found that he had lost access to his Facebook page.

"The state has the tools and techniques to keep an eye on you," he said. "Not even your medium is under your control."

The risks are exacerbated when reporting from places such as Nagaland, in northeastern India where security forces are especially empowered. In Nagaland, Moitra says journalists are "a target for security forces and under the constant monitor of multiple intelligence agencies."

Due to martial law in the region, "journalists have absolutely no safeguards in their line of duty," she said.

Journalists are especially vulnerable when reporting on organized crime rings, such as the liquor mafias. They can experience many forms of intimidation, including harassment or even a car driving quickly by a reporter's motorcycle on the highway, said Kumar.

These threats can turn more sinister if the journalist insists on pursuing their story. "When working on a story you need to evaluate the risks involved. There is absolutely no reason to lose one's life for a story," said Jharkand-based journalist Dutta.