In the latest round of violence in Nigeria, at least 86 people lost their lives. The cycle of revenge, conflict and killing is not new, so how can such deeply rooted and complicated problems be solved? 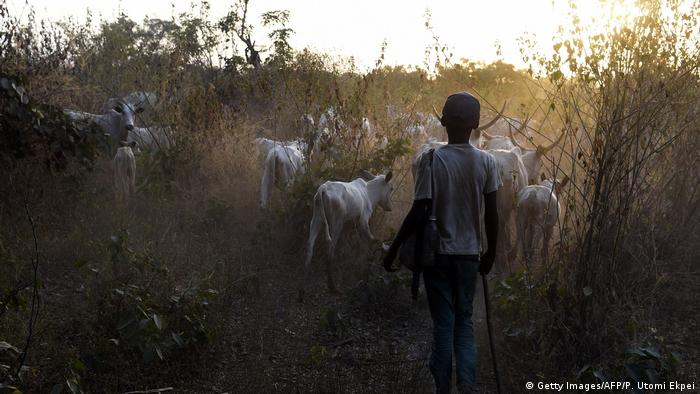 The conflict in Nigeria's Plateau State is being played out over huge swathes of West Africa between herders and farmers. To use the 'easy' label of Christians versus Muslims or to say it is 'just' an ethnic conflict or a fight over resources conceals the complexity of the problem and its potential danger.

"The government needs to do more," says Nigerian analyst, lawyer and conflict resolution expert Dr. Aminu Gamawa. Of course, the federal and the state government are partly responsible for security, Gamawa concedes but he believes the community also has a role to play — both the traditional rulers and religious leaders in Plateau State. "Most of this violence and most of this conflict is being incited and sponsored by people in the community, for their own political interests and their own power politics," Gamawa told DW. He underlined the importance of interfaith dialogue in resolving interfaith conflicts, adding that this has been going on in urban areas but needs to penetrate much more deeply into rural areas. 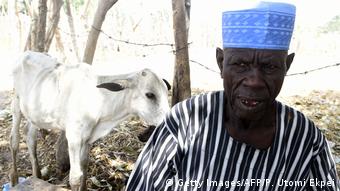 The problem is more complex than it at first appears, experts say

Interfaith dialogue is all very well, but the problems in Plateau State are not just religious, thinks Heinrich Bergstresser, a freelance journalist and author of a book about Nigeria. He agrees with Gamawa that is a multi–layered problem which needs several solutions. There are ethnic differences, religious differences and political power plays going on which is why the situation has worsened since the Nigerian election commission announced the build up to the 2019 election date. But all this is hiding the biggest issue at stake, which is that the political elites in the country are essentially too busy making money to really solve the problems being experienced by large numbers of their citizens across the country.

"It [the situation in Plateau State] was always ignored," says Heinrich Bergstresser, because there were so many other issues going on in Nigeria, from Boko Haram to pirates in the Gulf of Guinea to conflict in the Niger delta. In his view the Plateau State / Middle Belt issue is in fact, one of the most dangerous of all of them

"Now Nigeria is in a mess," Bergstresser told DW, "because this conflict is close to the capital and this is now becoming a really dangerous issue, even for the ruling elite in Abuja." 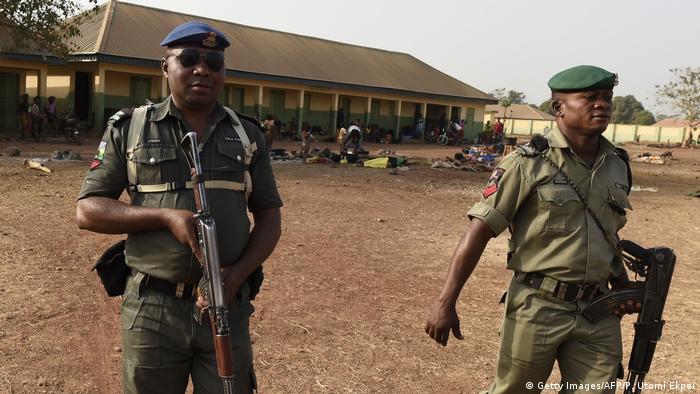 Bringing in more police cannot be a long term solution

Bergstresser thinks that the Plateau State violence is highlighting the weaknesses in the federal political leadership. "President Buhari is weak in making decisions and weak in understanding the dynamics on the ground."

Speaking on Sunday, Buhari said the perpetrators would "be brought to justice," but many experts think that sending in the army or the police is just putting a sticking plaster on a much deeper problem. Bergstresser thinks that the conflict is pointing up the huge problem with greed and wealth that Nigeria's neoliberal pursuit of making money has created. The government itself, it seems, doesn't really know how to change things.

Huge gap between rich and poor

Whilst conflict resolution expert Gamawa argues for a multi stakeholder approach to solving the conflict, Bergstresser thinks that the people at the top need to address the huge gulf between themselves and the rest of the population. He points to the salaries that many parliamentarians can earn, to the allegations that some governors regularly pocket 20-40 percent of state taxes and to the fact that they continue to get away with this kind of behavior. He thinks that until the elites are brought to justice, nothing will change. State elections will take place in 2019 and then the whole cycle will start afresh. The elites, Bergstresser says, need to understand "that they are responsible for the mess that they find on the ground.”

He points to Lagos as an example of a city which functions relatively well because essentially the big shots are paying for the police on the ground and the crime rate has dropped significantly. But in poorer places, the violence will continue to spiral out of control and as long as no member of the elite is really affected, they will keep ignoring it. If the problem gets too close to Abuja — and it is coming closer — then the state can send in the army which could kill, say, 10,000 people and then things will just go on as before, Bergstresser concludes resignedly.

After driving through Plateau State recently, Gamawa said he had been shocked by the number of rumors and warnings he received on social media platforms telling him not to take certain roads or go near certain villages. This is all just fueling the tension in the region, he thinks. 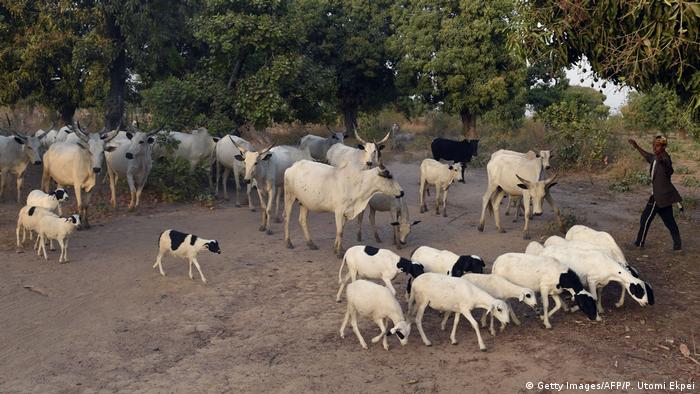 Inter-community dialogue is being advocated as the way forward

"People in Abuja don't really know what's going on in the countryside," he told DW. Similar to Bergstresser's analysis of Lagos, he said  this is because the federal government has spent a lot of money on protecting itself and the elites from the violence which is multiplying throughout Nigeria.

On balance Gamawa is more hopeful about the future than Bergstresser. He believes passionately that if community, religious and political leaders were to come together and speak in one voice in support of peace, then things would start to improve. The authorities need to stop the revenge cycle in its tracks. One attack follows another and people start to forget why they committed acts of violence in the first place.

Before the latest round of violence, President Buhari relocated the chief of police to Plateau State, but like his proposals to create cattle ranches to solve the problem or his apportioning of blame for the violence on terrorists from the Sahel and a supply of guns from Libya, his attempts to address the problem have just provoked more protest from the various groups within the state itself. The security problem might be a defining issue of the 2019 election, but, Bergstresser argues that if things are really to improve, the government will need more than heavy security operations and round-ups of  perpetrators. The government needs to find a way of moving forward in a constructive fashion which will have real impact on ordinary people's lives, whatever their political, ethnic or religious affiliations. Until that is solved, the violence will continue.

Nationwide protests were held this week in Nigeria to mark the funeral of two priests and 17 church members in Benue State. The government must do more to protect the people, Nigeria's Catholic bishops say. (23.05.2018)

In Nigeria, increased desertification is causing friction between nomads and farmers. Violence has resulted in deaths, disrupting rural communities and threatening food security. But Tunmise Olagbaju believes he has a solution — in the form of a symbiotic relationship.

Most of the youth-led protests across Africa have ended in violence. In Nigeria, young people are still reeling from the violence suffered during the 2020 #EndSars protests. In this edition of the #77Percent, a security analyst provides tips on how to protest safely. Take a listen to find out more.