A suicide bomber has killed at least 11 people at a mosque in northeastern Nigeria, near the border with Cameroon. The attack comes as Boko Haram militants step up their campaign of violence in the region. 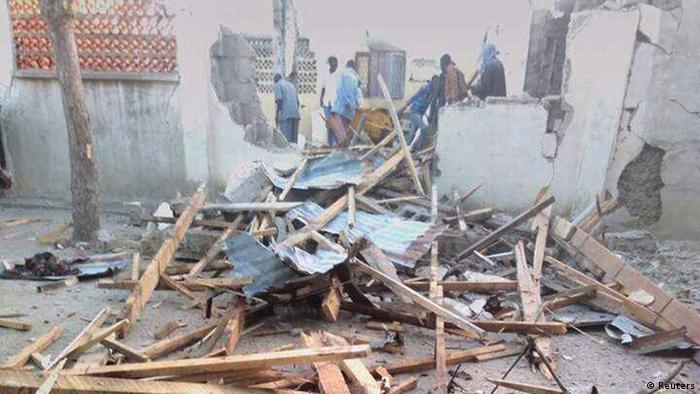 A suicide attacker blew himself up Wednesday during dawn prayers at a mosque in the Nigerian town of Gamboru in Borno state.

Officials confirmed at least 11 people were killed and the mosque was reduced to rubble.

"Only the muezzin has survived and we believe more bodies are buried under the debris," Umar Kachalla, a civilian militiaman, told the news agency AFP. "The death toll may likely rise."

It was not immediately clear who was responsible for the bombing, but Boko Haram is active in the area and often uses suicide bombers to attack public places like mosques and markets.

The extremist group has also stepped up its attacks in Borno state in recent months, particularly around the regional capital Maiduguri — the birthplace of its Islamist insurgency.

'We carried out these attacks'

On Tuesday, Boko Haram leader Abubakar Shekau released a video message claiming responsibility for a series of attacks across Nigeria's northeast over the Christmas period.

On Saturday, 25 people were killed outside Maiduguri, while four civilians were killed in an attack in the city last week.

In November, at least 50 people were killed when a suicide bomber blew himself up at a mosque in Adamawa state. 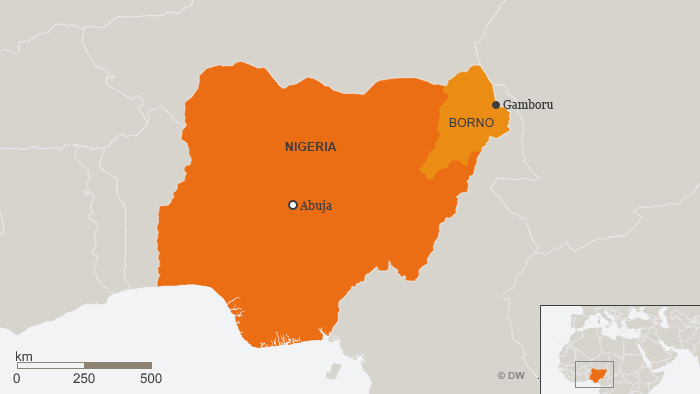 The extremist group has killed around 20,000 people and displaced more than 2.6 million since launching an Islamist insurgency in Nigeria's northeast in 2009.

But despite losing territory to Nigerian troops, the jihadi group's fighters have continued to stage attacks on military convoys and towns, as well as carry out cross border raids into Niger, Chad and Cameroon.