Nigeria had shut out more than 200 million people from the social networking site. Nigeria's IT development agency said the US tech company had met key conditions. 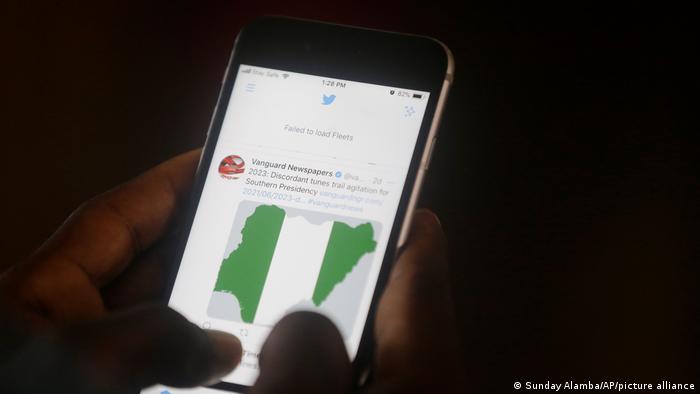 Nigeria's government reversed its ban on Twitter effective at midnight on Wednesday evening.

More than 200 million people could reconnect to the social networking site seven months after authorities had blocked it.

"The Federal Government of Nigeria directs me to inform the public that President Muhammadu Buhari... has approved the lifting of the suspension of Twitter operation in Nigeria effective from 12am tonight," said a tweet from the director-general of the country's National Information Technology Development Agency Kashifu Inuwa Abdullahi.

Twitter was blocked in Nigeria on June 4 as the government cited "the persistent use of the platform for activities that are capable of undermining Nigeria's corporate existence."

The government's decision came shortly after one of Buhari's posts, which threatened to handle separatist rebels "in the language they will understand," was censored, triggering criticism that the Twitter ban was retaliatory.

Officials said the action was taken in "a deliberate attempt to recalibrate our relationship with Twitter to achieve the maximum mutual benefits for our nation without jeopardizing the justified interests of the company."

Both the Nigerian government Twitter have been in talks since over restoring the service based on a set of conditions.

Twitter reportedly met key conditions, among them that it would open an office in Nigeria, appoint a country head, and meet its tax obligations.

Twitter has said the block was deeply worrying, calling free and open internet access a basic right. The platform has a major role in political discourse in Nigeria.

Hashtags such as #BringBackOurGirls after Boko Haram kidnapped nearly 300 schoolgirls in 2014, and #EndSARS during anti-police brutality protests in 2020, garnered international attention.