Bandit attacks using motorbikes have increased in northwestern Nigeria leading to the loss of lives and properties. The region has a long history of bandits raiding villages, conducting kidnappings and stealing cattle. 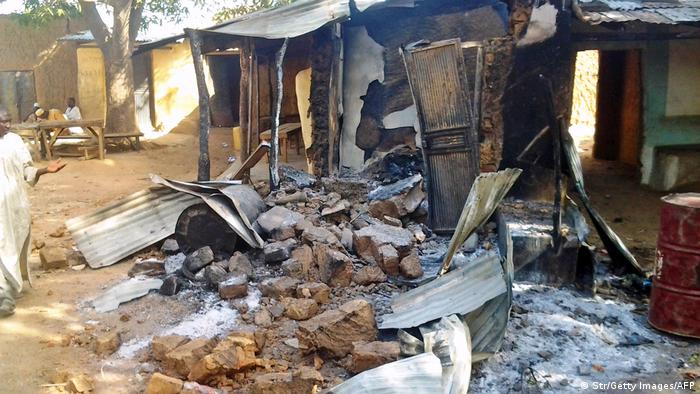 An increasing number of states in Nigeria's northwest have imposed bans on the movement of motorcycles in an attempt to tackle a recent spate of deadly attacks carried out by criminal gangs known as bandits.

The armed bandits typically use motorcycles to escape after carrying out their attacks, the latest of which was in Kaduna state last Sunday where at least 34 people were killed including two soldiers.

More than 200 homes were also destroyed in the attack on four villages, Kaduna officials said in a statement.

In a separate incident on Sunday, motorcycle-riding bandits carried out a raid in a remote village of Zamfara state — also in the northwestern part of the country — killing 16 people.

A week before that, another armed gang killed 11 security personnel, including seven policemen and four vigilantes, in attacks in central and northwestern Nigeria.

Local authorities have said that deadly attacks and abductions have intensified.

Will banning motorbikes stop the attacks? 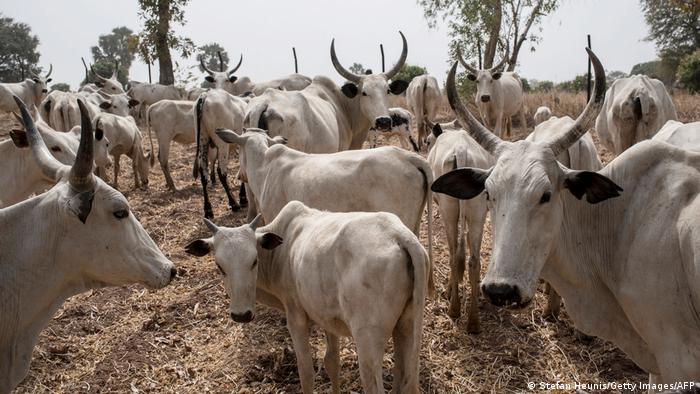 Kebbi, Katsina, Sokoto and Zamfara states are hoping the bike ban will help reduce the spate of deadly attacks.

Katsina state governor's security adviser, Ibrahim Ahmed, told DW that movements of motorbikes in the state have been restricted between 10 p.m. and 6 a.m.

"Actually in Katsina state his excellency has put in place executive order that curtail the activities of motorcyclists especially in the frontline local government areas, bearing in mind that the major tool the criminal elements are using in perpetrating their crimes are the motorcycles," Ahmed said.

Sokoto state police spokesperson, ASP Sanusi Abubakar, told DW that police officers there are on high alert to clamp down on the movement of these bandits.

"The state government has enacted the containment order which was enforced by Nigeria police and other security agencies here in Sokoto State to prohibit the movement of motorcycle," Abubakar revealed.

Ibrahim Ahmed from the Katsina state governor's offoce explained that the ban in his state is essential because "most of the criminal activities are perpetrated in the night."

"The government is thinking of reviewing the strategy because you have to evolve a knowledge-based approach in order to tackle all these. As the crime evolves, you put in mechanisms to contain it," Ahmed said.

According to Sokoto's police spokesperson: "the measures taken by the state government in collaboration with security agencies has yielded positive result so far, and we are still on top of the issues to ensure the safety of lives and property in the state."

In 2011, motorcycles were banned in Nigeria's northern Borno state, a stronghold of militant Islamist movement Boko Haram, to prevent drive-by attacks by the group.

Boko Haram has used gunmen on motorbikes to assassinate security officers, civilians and politicians because the bikes provide a fast means of escape.

But earlier this year, Yobe lifted its ban across 10 local government areas.

Authorities there say the security situation has improved and therefore there is no need to maintain the bans.

Alhaji Abdullahi Usman Kukuwa, Yobe state commissioner of transport revealed to DW that the "ban on the motorcycle use has recorded a lot of successes. The only way out was to ban motorcycles in Borno and Yobe and this decision successfully reduced the rate of crime committed by motorcyclists."

Security analyst Abubakar Mai Shanu agrees on the effectiveness of banning the use of motorcycles used to commit crimes.

"I think if you look at what was happening before the criminal were using motorbikes for snap operations. [...] I think it was a wise decision for governments to ban those motorcycles," Shanu said.

He however now supports the decision to remove the ban.

"For every step or every policy that government takes there has to be a review. If we look at it again a lot of people were cut off from their livelihood and other things, in as much as our security is very important," Shanu explained.

But not everyone is hopeful that the ban on the use of motorcycles will completely stop the bandit attacks.

He added that "there is also lack of effective enforcement of this bans especially in the rural areas. It is very hard to really enforce this in the rural areas. Even if you are going to enforce it, it will be in a very small area and may be it will affect private owners who are genuine using the motorcycles for honest jobs."

Galma said the best solution in dealing with crimes committed with motorcycles is to ban the sale of "these motorcycles to these rural areas."

Nigeria's bandit violence has its origins in clashes over land between farmers and cattle herders in the northwest but it has now spiralled into wider criminal activity.

Mohammad Al-Amin and Yusuf Ibrahim Jargaba contributed to this article.

A Nigerian jet has been downed in the northwest of the country. The pilot safely ejected and avoided capture.