Prosecutors allege the former French president tried to illegally obtain information from a senior magistrate about an inquiry into his campaign finances. Sarkozy denies charges of influence peddling and corruption. 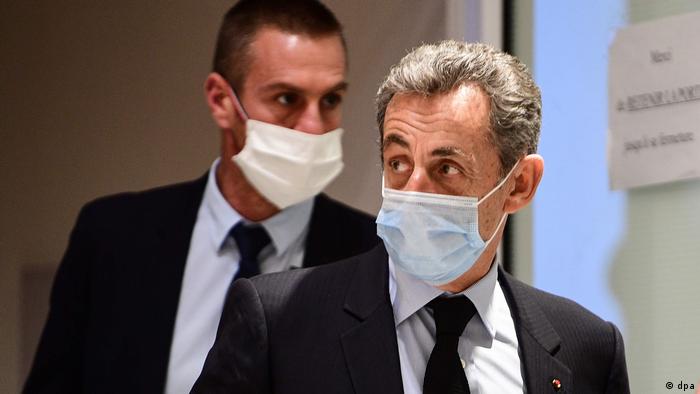 French prosecutors on Tuesday called for two years in jail and a two-year suspended sentence for former French President Nicolas Sarkozy at his landmark corruption trial.

Sarkozy faces charges of trying to bribe a senior judge in February 2014 to get secret information about a probe into his 2007 campaign finances.

Azibert, at the time a senior advisor at France's highest appeals court, never got a plum job in Monaco, allegedly offered by Sarkozy, and retired later that year.

Under French law, as soon as a deal has been offered, it constitutes a criminal offence, even if the promises made are not fulfilled.

What Sarkozy says about the charges

Prosecutors asked for the same punishment for all three defendants, who all deny wrongdoing.

Sarkozy asserted on Monday that he had been "dragged through the mud for six years." He vowed to go "all the way" to clear his name.

His lawyer Jacqueline Laffont slammed what she termed the "emptiness" of the prosecutions accusations.

The 65-year-old Sarkozy served as president from 2007 until 2012. He withdrew from active politics after failing to be chosen as his conservative party's presidential candidate for France's 2017 election, won by Emmanuel Macron.