The government of Daniel Ortega has admitted for the first time that the number of new COVID-19 infections is rising. The president disappeared for weeks early in the pandemic, but allowed parties and sports to continue. 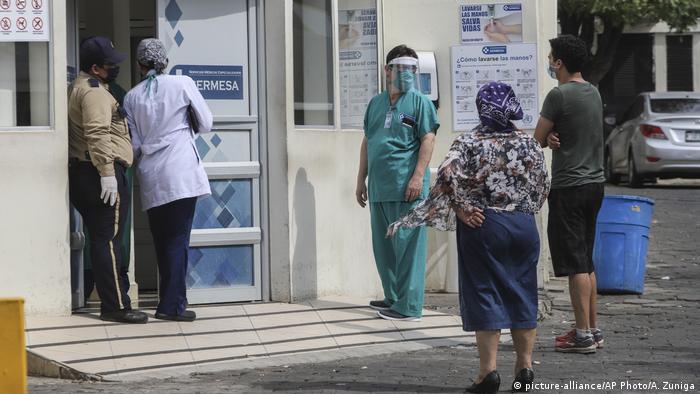 Nicaragua is a country where the president disappeared completely from view for five weeks in the midst of the coronavirus pandemic, where parties, football games and even boxing matches are allowed without any restrictions, and where the dead are carried from the hospitals directly to the cemetery in a fast-track burial procedure. But now there is at least a small glimmer of hope: The government of Daniel Ortega has admitted for the first time that the number of new COVID-19 infections is rising. 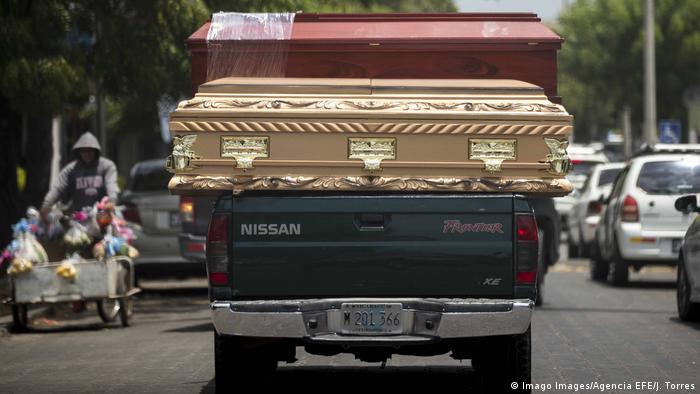 Officials acknowledge a handful of COVID-19 deaths, but "express" burials are common

On Tuesday, Health Minister Martha Reyes announced that the number of confirmed and probable infections had grown tenfold, from 25 to 254, over the past week. The official toll is already enough to provoke concern, but many experts say it does not reflect the true extent of the pandemic in Nicaragua. Nor do the government statistics match with the disturbing pictures from the Hospital Aleman (pictured) — which was opened as the Hospital Carlos Marx with the support of East Germany in 1985 — in the capital, Managua, where workers said the morgue had "collapsed" with so many people dying of COVID-19.

The coronavirus pandemic has hit Nicaragua, one of the poorest countries in Latin America, with full force. The pandemic could, paradoxically, succeed where months of violent protests have failed: It could bring an end to Ortega's presidency, which began in 2007.

The past two months have shown that there are multiple strategies for fighting the coronavirus pandemic. China, Italy, Spain and other countries implemented strict lock-ins and stay-at-home orders. Germany, the United States and other countries encouraged social distancing. Nicaragua's government, like the regimes in Brazil and Belarus, downplayed the virus and attempted to sit out the pandemic.

"Daniel Ortega's strategy is simply to do nothing and to pretend everything is normal so that the economy is not endangered at any price," said Juan Sebastian Chamorro, the leader of the Civic Alliance for Justice and Democracy, an opposition group that formed in 2018.

Chamorro, who compares the government with a sultanate that controls all three branches of power and the media, said many people in Nicaragua were simply tired out — and all the more so because of the pandemic. "If there were fair and transparent elections here," he said, "Ortega wouldn't even get 20% of votes."

But, like his Venezuelan counterpart, Nicolas Maduro, Ortega has been written off again and again, and yet maintains a loyal base of supporters. These are people who believe Ortega when he says public life can continue in Nicaragua because the health system is excellent — unlike in the United States.

Read more: China is a coronavirus friend in need, but is it a friend indeed?

The ANPDH, an opposition group that began in 1986 and was supported by US President Ronald Reagan as a counter to the Sandinistas, who by that point had overthrown the dictatorship, has called on the World Health Organization to intervene, accusing Ortega of acting irresponsibly by failing to take measures to stem the spread of the coronavirus. It calls what is happening in Nicaragua at the moment a "viral genocide."