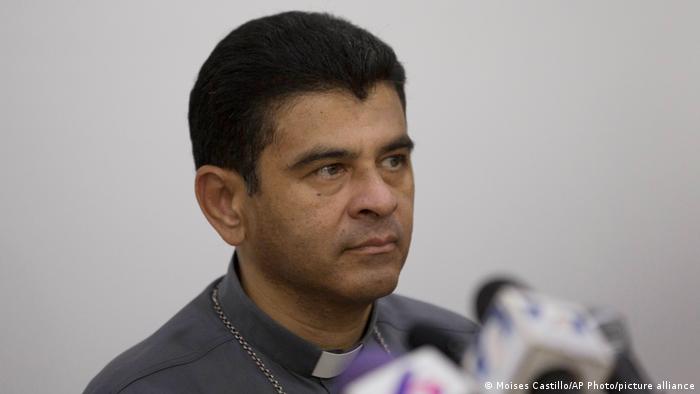 Catholic Bishop Rolando Alvarez has been accused of inciting violence

Nicaraguan police on Friday accused a Catholic bishop of inciting violence to destabilize the country.

Bishop Rolando Alvarez, a vocal critic of President Daniel Ortega, has been holed up in his residence for two days.

Ortega, a former guerrilla, has governed Nicaragua since 2007. In the run up to the last election, which took place in November 2021, a number of Ortega's rivals were imprisoned, as were other critics of the government.

What is Alvarez accused of?

Police said that the Catholic Church and Alvarez were "trying to organize violent groups and inciting them to carry out acts of hatred against" the government. They added that an investigation had been opened.

Alvarez has been in his residence in the northern city of Matagalpa since Thursday, when riot police prevented him from leaving. A number of priests and lay people are also at the residence.

The bishop released a video on Thursday where he denounced what he called official "harassment" and urged the Nicaraguan government to respect religious freedom.

Police accused those in the residence of "trying to organize violent groups and inciting them to carry out acts of hatred against" the government. 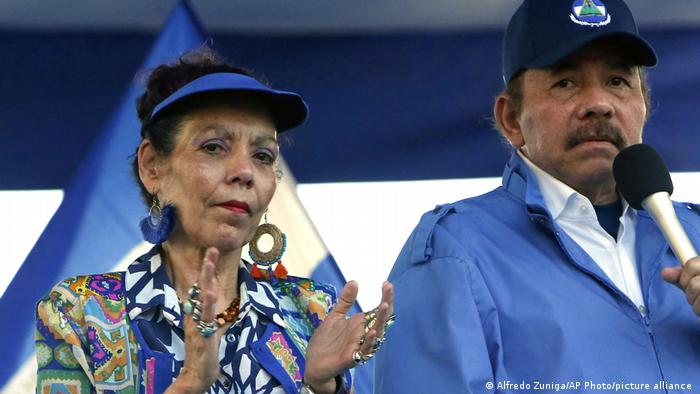 Daniel Ortega's government has engaged in a crackdown on civil society

Why is the Church in conflict with the Nicaraguan government?

The siege on Alvarez's residence came just days after the bishop denounced the closure of five radio stations in Matagalpa. The European Union condemned the "arbitrary" closure of the broadcasters and said that "excessive police force" was used against unarmed protesters.

The EU said that Nicaraguan authorities had closed down over 1,200 civil society organizations and that Nicaragua was holding more than 180 political prisoners.

The Catholic Church in Nicaragua has been under government pressure since opposition protests in 2018. According to the Inter-American Commission on Human Rights, the protests were met with repression that resulted in 355 deaths.

Ortega claims that the protests were part of a US-backed plot to overthrow his government. He has accused bishops of complicity and said that protesters used church buildings as "barracks," as churches sheltered injured protests or those that had gone into hiding.