A court blocked the Citizens Alliance for Liberty Party from running in the presidential elections. The decision comes after the US announced visa restrictions on family members of government officials. 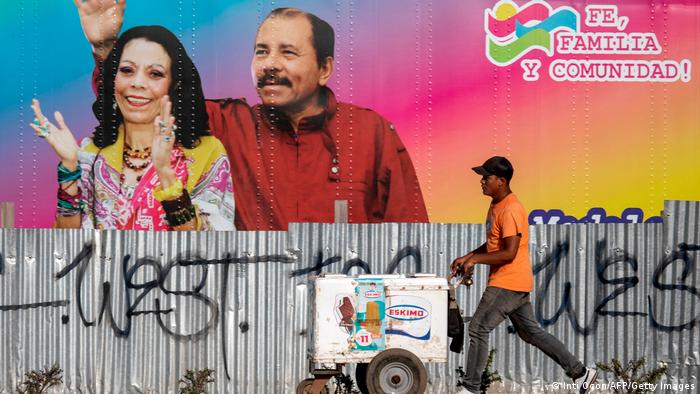 The court resolution cited the fact that the president and legal representative of the party are dual US-Nicaraguan citizens "in clear violation of the law."

The move comes after the US State Department announced visa restrictions on 50 relatives of lawmakers, prosecutors and judges connected to President Daniel Ortega and his wife, the country's vice-president, Rosario Murillo. 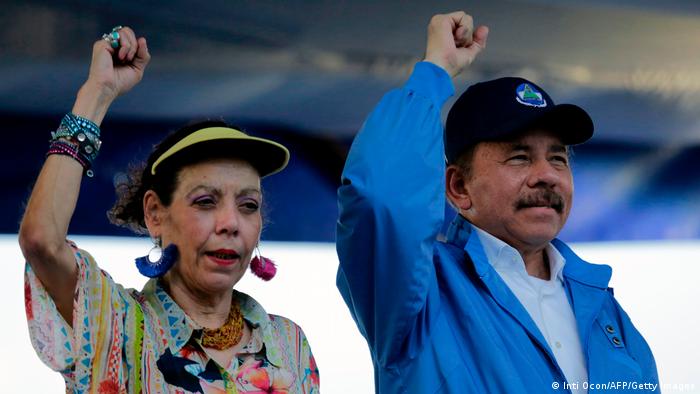 President Daniel Ortega and his wife, Vice-President Rosario Murillo, are trying to secure a fourth term with an increasingly iron grip on the levers of power

Luis Luna, the electoral council's secretary, read a text to pro-government media ordering the "annulment of the legal status" of the opposition Citizens Alliance for Liberty Party.

The court alleged the opposition party's president, Kitty Monterrey, "used irregular procedures" and "has been behaving outside the conditions and legal technical regulations for this type of political organization." Monterrey's identity card was canceled.

The decision also stated Citizens Alliance for Liberty was in violation of regulations for political parties, including carrying out "verbal acts that undermine independence, sovereignty and auto-determination."

The right-wing Constitutional Liberal Party, the largest opposition party in parliament, had indicated a willingness to work with the government and called for Citizens Alliance for Liberty to be disqualified.

On Twitter, Citizens Alliance for Liberty wrote, "These actions of the regime show how much they fear the civic electoral path."

As the crackdown widens, so do US sanctions

The move to bar the main opposition party from running is the latest move in a widening crackdown that has already seen seven candidates disqualified from running for president.

Berenice Quezada, the vice-presidential candidate for Citizens Alliance for Liberty, was put under house arrest as of Wednesday.

Critics accuse Ortega of becoming increasingly dictatorial as he seeks to suppress the possibility of any meaningful challenger in the presidential election.

A former leftist guerrilla in power since 2007, Ortega is trying to secure a fourth consecutive term with his wife as his running mate. He previously ruled Nicaragua from 1979 until 1990, with the US backing armed opposition to his Sandinista movement.

While he had rebranded as a business-friendly pragmatist, Western nations and his domestic opposition see Ortega exhibiting increasingly dictatorial tendencies.

In a statement Friday, the State Department said, "The United States is committed to promoting broad accountability for anyone responsible for or benefiting from the Ortega-Murillo regime's attacks on democratic institutions."