Ngugi wa Thiong'o: 'African languages need to talk to each other'

Renowned Kenyan writer Ngugi wa Thiong'o has been in Germany, reading from his work at the event "Voices of Africa." He spoke to DW about the crucial role of African languages in empowering the continent. 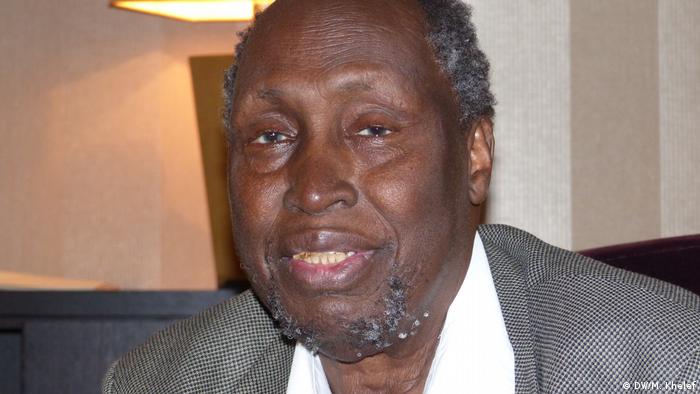 DW: What do you see as the role of young people in taking Africa forward?

So do you think Africa's young generations can take the continent forward?

Yes, they can! But we have done them wrong, we the older generation, and the wrong thing we have done is we have made the languages of Europe as if they are the only ones which can bear knowledge, intelligence and everything else. This is very wrong. My policy which I am advocating is simple: Start with your mother tongue. Then, know whichever is the lingua franca or the language which can enable people from different linguistic communities to speak to each other and then add English, French and any other language. So we have a minimum of three, I mean triple language policy. My philosophy is summed up this way: If you know all, and I mean all, the languages of the world and you do not know your mother tongue, that is enslavement. If you know your mother tongue and add all the languages of the world to it, that is empowerment.

What role does language play in decolonising the mind, as you say?

That is what I am talking about, a different language policy in Africa, where we have a triple language policy: Mother tongue, lingua franca and then French or English or whatever. That is how we are going to decolonise Africa because that also creates an attitude. You see, knowing only English and French creates an attitude that knowledge comes from outside. That all is good and everything else comes from outside and you can see it has created a mentality in Africa where even African leaders look for validation from the West. If initiative comes from within the country, they are suspicious of it unless there is validation and it is never the other way around.  Start with ourselves, add to it. It is very simple but very effective. Then you are able to build confidence, to create inventors, discoverers, makers of things because we have the three language policy. But the key thing is starting with the mother tongue, build confidence and then we shall get engineers, inventors, and makers of things with our gold, with our diamonds, with our copper, with all the resources we have now. 90 percent of African resources are controlled by the West. Africa, if I may say so, has been the eternal donor to the west. 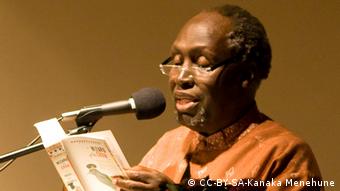 You have written many books and your latest is called "The Mind." How do you see the future of literature in Africa?

So in the future you think that African literature will be written in African languages?

The interview was conducted by Mohammed Khelef.

Who are the potential laureates for the prestigious literary award? After last year's controversy surrounding Bob Dylan, the Swedish Academy is expected to go with a more traditional choice. (04.10.2017)

Ngugi's literary works, like "The devil crucified" and "Matigari," pointed mostly to shortcomings within the Kenyan state. Now, Germany’s University of Bayreuth is awarding him an honorary doctorate. (05.05.2014)