Berlin's first literature festival with and by African writers, "Writing in Migration" explores these authors' trans-cultural experiences. Ahead of the event, DW spoke to three authors taking part in its program. 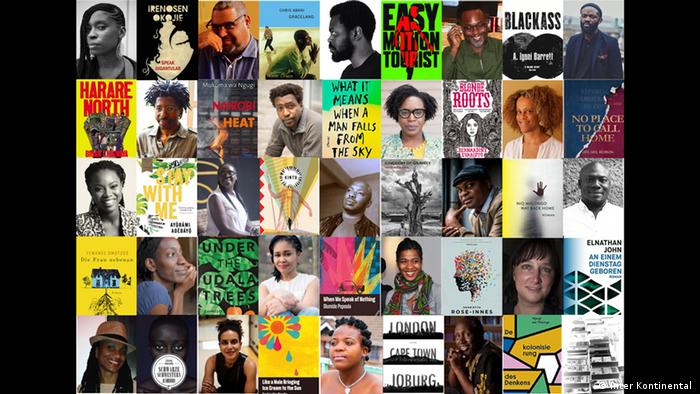 Migration, identity and storytelling will be in the spotlight at a groundbreaking new literature festival by African writers. Around 30 authors will discuss subjects including gender roles, colonialism, notions of tradition and movement at the "Writing In Migration" festival held in Berlin from April 26 to 28.

The event, organized by InterKontinental, will focus on how writers from Africa or the diaspora deal with changes that come with forced or chosen displacement.

Curated by the German-Nigerian author Olumide Popoola, the literature festival will spark discussions on how the constant flux of movement can influence cultural works.

Read more: How interest for African contemporary art is growing 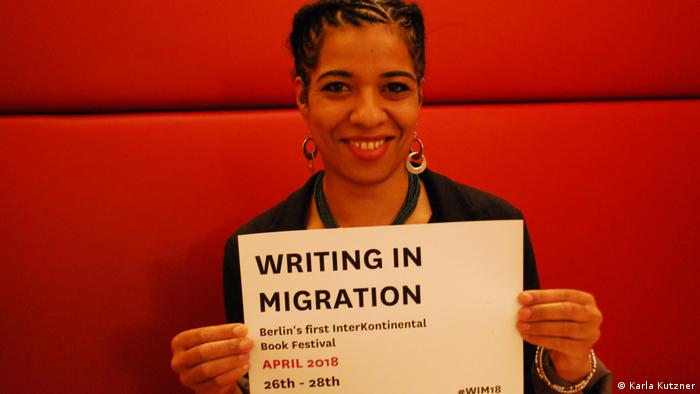 Olumide Popoola is the curator of Writing in Migration

Nigerian-born author Chika Unigwe, who lives in Atlanta, in the United States, previously lived in Belgium where her novel "On Black Sisters' Street" is set, so is well placed to discuss how migration can influence literature. "I don't think it's a coincidence that my characters are people who have also migrated or are about to migrate," says Unigwe.

During the festival the author will debate the controversial question of feminism's relevance for women in Africa as part of a panel. "This generation is being more rebellious when it comes to tradition," says Unigwe. "They're more connected to western feminism in a way." 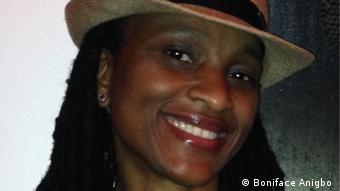 The author says the importance of stories to help shape identity is more important than ever.  For instance, although Unigwe is not a fan of superhero movies, she made an exception for the recent Marvel film, "Black Panther," which stars Lupita Nyongo'o and Chadwick Boseman.

Taking her son and a friend to a showing, she found it "gratifying" to sit in the theater: "There was all this whiteness around me, we were being confronted by very African accents and there were no subtitles and people knew when to laugh," she says. "It sounds silly but it's almost like an inversion of power."

In fact, Unigwe says she felt so strongly about the significance of the movie that she compares it to another milestone in African-American history: it felt like "when Barack Obama became president, like something monumental was happening."

It's not that Unigwe loved the movie (she didn’t), but the author says the film signaled a shift that transcended western culture. "Racial tensions are so high, at this point, where being black [in the US] almost seems to be dangerous," says Unigwe. She hopes the "Black Panther" effect will create more powerful roles for women and diverse storytelling in Hollywood and the Nigerian film industry, Nollywood. 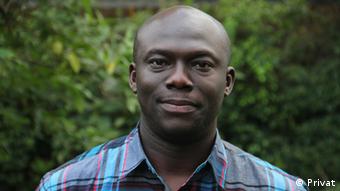 For lawyer, novelist and satirist Elnathan John, who will also attend the festival, movement and contrasting places are also important influences in his work.

The author, whose book "Born on a Tuesday" is set in northern Nigeria, first came to Germany in 2014 to carry out research and settled in Berlin in 2016.

John is currently writing a historical novel also set in northern Nigeria around the time of the 18th century. At the festival, he will examine how storytellers deal with historical situations in a panel called "The Past is Present."

The author is also a keen observer of the landscape around him and, regardless of the time period, he is always searching for the "micro story." "I want to write stories about regular people," he adds.

He was for example inspired to write about his relationship with urban parks and his experience of them in Berlin in a recent article for the Economist. In his piece, the author noted his joy for parks while growing up in Nigeria and how he began avoiding green spaces in Berlin because they are often where large groups of black men sell drugs.

While writing the story, John met a man from the Gambia in Görlitzer Park who identified as a drug dealer. He  found out that the dealer's supplier was a white German guy and noticed a bunch of English-speaking tourists smoking weed in public — details that paint a contrast-filled picture. The issue of drugs in parks "sort of points to the contradictions of the city," he says.

John speaks highly of Berlin. However, he also points out that he has faced racism in the city and elsewhere in Germany, echoing the experience of other people of color who have spoken out about the country's race problem.

"I think one of the great things about this city — and I can't speak for all of Germany, is that even for a black person it's a very livable city," says John. "Even if I get pulled over in the train station and I have racist confrontations with random strangers, on that same day you have a random stranger who just offers to help you."

He's found an interesting way to describe the mixed experiences: "Berlin is one of the nicest racist places in the world." 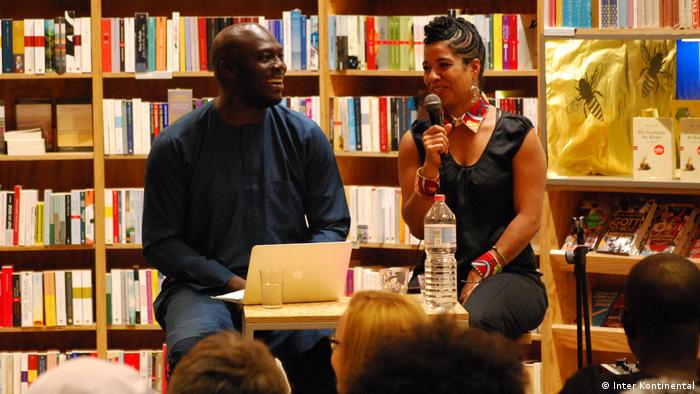 Elnathan John and Olumide Popoola at a talk in September 2017

When it comes to writing about the world around her, Olumide Popoola, who has a Nigerian-German background and now lives in London, is also a master observer.

The author and curator of the festival, Popoola says her identity is formed by movement and travelling in and out of different cultures. Her book, "When We Speak of Nothing," is about a transgender man called Karl living in London. Popoola was inspired by the relationship between young men of color in a community center in the UK capital.

"I was really aware how vilified they are in the media and the public eye," she says. "They're always the bad guys. On the other hand I witnessed a really beautiful tenderness in their friendships."

Popoola, who has a 20-month-old daughter, hopes bringing "visionary" writers and artists together to explore migration issues will open up discussion and spark questions.

"I've been going between Nigeria and Germany since I was a child so my identity is formed by movement not just by different cultures. Being in and out of language, and sometimes not being able to part with one country completely — I wanted to explore all these issues I know and I'd seen other writers deal with them as well."

Popoola, who's originally from Bielefeld in North Rhine-Westphalia, says she's interested in "hybrid languages and things that are maybe not perfect," adding, "As a writer that really fascinated me, how you make it all work together."