Russia's law on non-governmental organizations which was passed last year has taken a toll on NGOs: They were prosecuted, received hefty fines; some of them were shut down. But they refuse to give up. 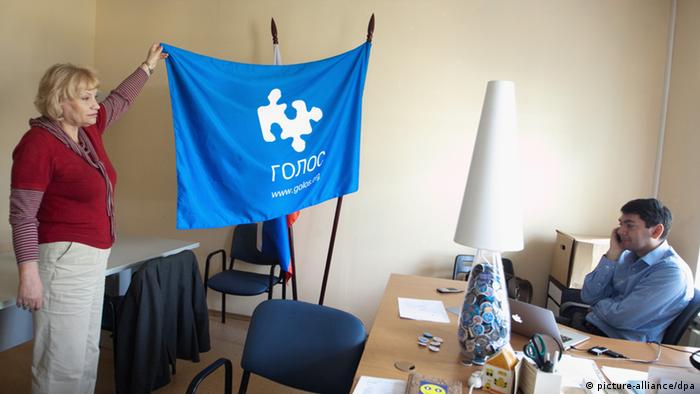 Thirteen years of "Golos" (Voice)'s history came to an end on June 26, 2013. That's when Russia's justice ministry banned the renowned election watchdog for six months, because the NGO refused to register as a "foreign agent." A new law which was passed by the Russian parliament on July 13, 2012 makes registration mandatory - it came into effect in November.

On that very same day, the organization, which documented numerous violations during recent parliamentary and presidential elections, decided to dissolve. It's the first and so far only time that a nongovernmental organization essentially closed down because of the controversial law.

"We were virtually banned from continuing to work when we got suspended," Golos' former deputy head, Grigori Melkonjanz, told DW.

A campaign to silence NGOs

The law only affects the 220,000 NGOs that do political work and receive funds from abroad. Critics say - among them the NGOs themselves - that the law is part of a campaign to discredit them. "In the context of Russian history, the term 'foreign agent' can only be understood as 'spy,'" Melkonjanz said. 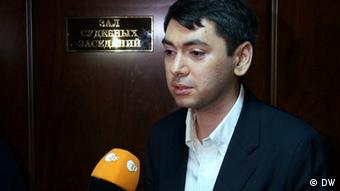 Golos received most of its funds from the US and the EU. But they stopped this entirely after the law came into effect, Melkonjanz said. Still, they were put on trial. The Sakharov Freedom prize, awarded by the Norwegian Helsinki Committee unwittingly ended up contributing to Golos' downfall. Even though the organization turned down the awarded $10,000 (7,700 euros), the NGO was the first organization to be fined 7,500 euros.

Refusing to be discredited

Before Golos decided to dissolve, it was one of 215 NGOs that qualified as "foreign agents," general prosecutor Viktor Tschaika said. Most of the organizations had put their work on hold though or stopped taking foreign money altogether after the new law came into effect, Tschaika told Russia's President Vladimir Putin on Tuesday (09.07.2013). Only 22 NGOs continued to take money from abroad whilst lacking proper registration, he said.

By refusing to be labeled as "foreign agents," Russian NGOs have stood firm, and united: All but one have refused to be part of the controversial index.

The plan to discredit them didn't quite work, Melkonjanz said. "The law was aimed at putting NGOs off and to make it impossible for them to work," he said. The NGOs' image had been tarnished, but plans to force NGOs to defame themselves hadn't worked out, the Golos representative added.

Refusing to get registered had triggered new inspections, Melkonjanz said as prosecutors and other state authorities in March started to visit hundreds of NGOs in Russia asking for more internal documents to be produced. German political foundations were also affected which had led to irritations between Berlin and Moscow.

Could the law be changed?

By now, Putin has said the law could be changed. He asked general prosecutor Tschaika to team up with experts to look into possible flaws and corrections. 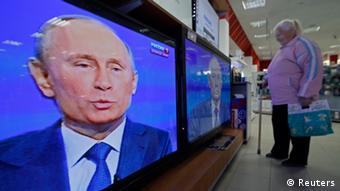 Despite a few corrections, the law will not be changed, Putin said

The presidential council for human rights has already come up with suggestions of its own: "We recommend using a different term for 'agents,'" the council's head, Mikhail Fedotov, told DW. A much more appropriate term would be "NGOs financed by foreign means."

But Putin is not likely to get on board - the gist of the law is not to be touched, the president said. "If people are involved in domestic politics and receive cash from abroad, society has the right to know which organizations these are and who funds them," Putin said at a meeting with human rights campaigners at the beginning of July.

Golos to continue as a 'movement' instead

In the meantime, Golos has decided to take another approach: It returned as the "Movement for Voters' Rights Golos" - the movement was founded on July 5 and is not required to register under the law.

They would continue to do the same work and critically monitor elections, said Melkonjanz, who took on a leadership role in the movement.

But there are disadvantages to the new status, Melkonjanz said. The movement is not allowed to have its own bank account. That's why they intend to set up a Golos foundation. But they won't take on foreign funds any more, Melkonjanz said. It would be too risky being prosecuted.

Opinion: Stand up to Russia and support democratic change

Germany's policy in Russia is the subject of heated debate. Jens Siegert from the Heinrich Böll Foundation advocates a two-tier strategy of being critical and vigilant as well as supporting democratic movements. (12.07.2013)

Hundreds of scientists, authors and politicians say Russia has escalated its policy against NGOs in the country. A push to close the well-regarded Levada Center is the most recent blow to Russian civil society. (30.05.2013)

Under new laws, Russia's non-governmental organizations are increasingly coming under pressure. Courts are being used as the government's instrument of choice. For NGOs in Russia, it's a fight for survival. (02.05.2013)