Environmental rights group have described the government's decision as a "historic moment" for New Zealand. But opposition lawmakers have slammed the government, saying the move could undermine the economy. 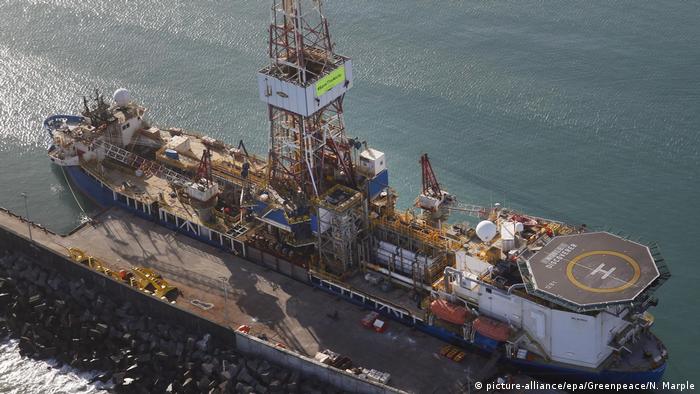 New Zealand's government on Thursday announced it will halt new offshore oil and gas exploration as part of its strategy to combat climate change.

"There will be no further offshore oil and gas exploration permits granted," said New Zealand Prime Minister Jacinda Ardern. "(We are) taking an important step to address climate change and create a clean, green and sustainable future for New Zealand."

Environmental rights group Greenpeace's New Zealand chapter hailed the move as a major victory, saying it marked "a huge win for our climate and people power."

The government has "taken an historic step and delivered a huge win for the climate, spurred on by the tens of thousands of people and environmental NGOs like Greenpeace who have fought for years toe end new oil and gas exploration," said Russel Norman, executive director of Greenpeace New Zealand.

Read more: 'People are dying as a result of climate change'

New Zealand has adopted an ambitious strategy to combat climate change. The government has pushed for a strategy that would see emissions reduced to net zero by 2050 under a "zero carbon" policy.

But some have criticized the move, saying it threatens to undermine the economy. National Party energy spokesman Jonathan Young said New Zealand may have to seek emissions-heavy alternatives such as coal in the event gas reserves run out in a decade.

"This decision is devoid of any rationale. It certainly has nothing to do with climate change," said Young. "These changes will simply shift production elsewhere in the world, not reduce emissions."

Read more: How can the world beyond fossil fuels?

Under the new policy, existing drilling and exploration permits will not be affected. The government said its decision would not threaten any current jobs in the industry, which employs around 11,000 people.

New Zealand's oil and gas industry generates roughly $2.5 billion New Zealand dollars (€1.5 billion, $1.8 billion) for the economy. Most of the industry is based in and round North Island's Taranaki region.

8 green-tech innovations you need to know about

From plant-based plastic bottles to dresses made of milk — green pioneers around the world are coming up with clean technologies to protect our environment, reduce waste and limit global warming. (15.12.2017)