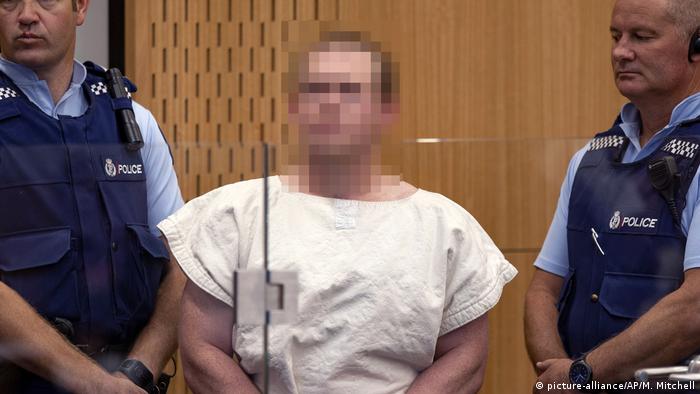 An Australian man accused of killing dozens of people at two Mosques in Christchurch, New Zealand, plead guilty to charges of murder, attempted murder and terrorism on Wednesday, authorities said.

The 29-year-old lone gun man was accused of targeting Muslim Friday prayers in Christchurch on March 15, in an attack broadcast live on Facebook that left 51 people dead.

A self-avowed white supremacist, the suspect had previously plead not-guilty to terrorism charges, which carry a maximum penalty of life imprisonment.

New Zealand's four-week lockdown, due to the coronavirus epidemic, forced the court proceedings to be carried out remotely.

"The guilty pleas to 51 charges of murder, 40 charges of attempted murder and one charge of engaging in a terrorist act were taken via an audio-visual link from Auckland Prison," police commissioner Mike Bush said in a statement.

"Police appreciate this news will come as a surprise to the victims and the public, some of whom may have wished to be present in the courtroom," the statement read.

The mosque shooting was the deadliest in New Zealand's modern history and prompted the government to pass new laws banning most semi-automatic weapons.

New Zealand Prime Minister Jacinda Ardern said on the eve of the anniversary of the massacre that the country was still working on rooting out white supremacy.

"The responsibility we have is to combat not only that existence, but the precursors to that existence. There is much more that we can do," Ardern said.

Two mass shootings at mosques in the New Zealand city have left 50 dead and stunned the world. DW brings you up to speed on the tragic events as details emerge about the right-wing extremist charged in the attacks. (16.03.2019)