New Zealand: Can Jacinda Ardern win another term as PM? | World| Breaking news and perspectives from around the globe | DW | 15.10.2020

New Zealand: Can Jacinda Ardern win another term as PM?

New Zealand Prime Minister Jacinda Ardern is globally renowned and domestically popular. Her Labour party's road to reelection in a year dominated by coronavirus and its economic fallout is likely but not guaranteed. 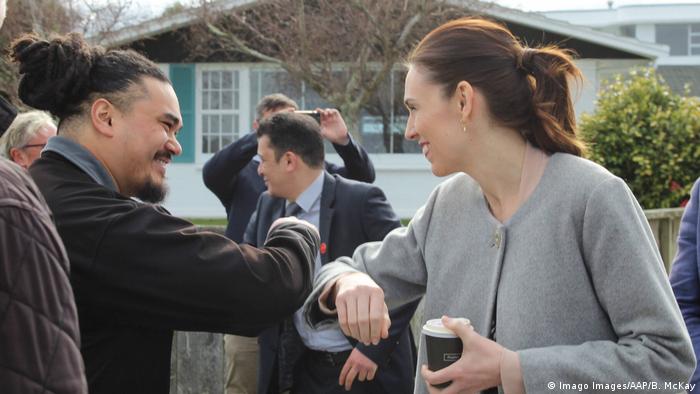 The young family sits in the October sunshine outside the Rollickin dessert cafe, their conversation punctuated by mouthfuls of politician-themed gelato as shoppers amble around them.

Here in central Christchurch, the only visible signs of the global pandemic are the QR code posters displayed at every business for the country's contact tracing app.

"I got the Jacinda Fever," Courtney White said of the scoop named for prime minister and Labour party leader Jacinda Ardern, "I just love her … she's gotten better and better in my opinion, the way she's handled everything," White said. 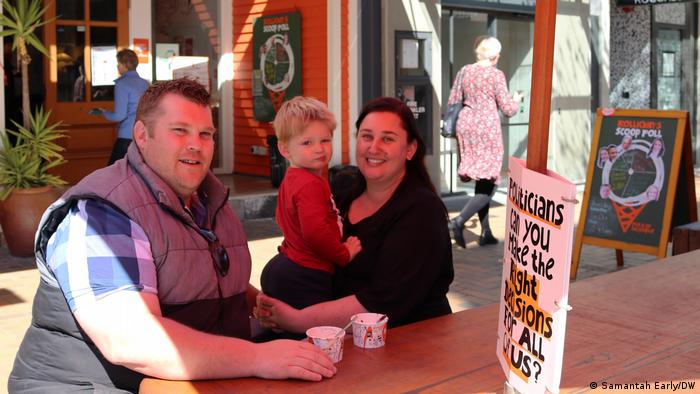 Ardern captured global attention in 2017 by swiftly reviving her center-left party's fortunes when she took over as leader weeks ahead of the last election. She again made headlines when she became the second ever elected world leader to give birth while in office and took her baby to the United Nations.

But her first term has ended up being defined by her ability to handle a crisis — her response to the Christchurch mosque shootings on March 15, 2019 was lauded nationally and overseas, an image of her wearing a headscarf and hugging a Muslim New Zealander displayed on the world's tallest building. And then came COVID-19. Ardern earned wide support for her government's action to stamp out the virus, which involved border closures and a strict lockdown. The country of 5 million has recorded fewer than 2000 cases, with 25 deaths.

"Three years on, the phrase 'Jacindamania' is exposed for what it always was, a deeply sexist put-down and in a way distraction really from the impact of an incredibly popular leader," University of Canterbury political science Professor Bronwyn Hayward said.

Ardern has managed to hold together a diverse coalition and connect with people across the political spectrum. "It isn't a mania, it's respect," Hayward said.

Will Ardern's popularity be enough?

The October 17 vote was originally planned for September, but Ardern delayed it by a month as a coronavirus outbreak in Auckland was brought under control. People are being encouraged because of COVID-19 to avoid queues at polling places and it's expected up to 60% of voters will cast their ballots before election day itself. Casting her ballot as polls opened to early voting on October 3, Ardern told reporters she wasn't taking anything for granted.

That's despite some polls this year showing Labour historically able to govern alone and the center-right opposition National party facing a series of internal crises and entering the campaign with veteran lawmaker and divisive political figure Judith Collins as its third leader this year.

New Zealand's proportional representation system (modeled on Germany's) tends towards coalition governments. Last election, the centrist New Zealand First party leader Winston Peters chose to make a deal with Labour, with the Greens in a support agreement, despite National having won the most seats.

Auckland-based Associate Professor Grant Duncan, who teaches politics and political theory at Massey University, told DW this election was becoming a drag race between the two major parties and their respective supports: Labour plus the Greens and National plus free-market libertarians ACT.

And it was possible, he pointed out, that Ardern might not be prime minister afterwards.

"Things are getting tight. Labour has been well ahead in the polls, polling up to 55% to 60% but that's declining steadily. The gap between Labour and the National/Act coalition is narrowing, and we don't know whether the Green party will make it back into parliament," Duncan said, adding that the scenario of the Greens failing to reach the 5% threshold or win an electorate seat was "unlikely but perilously close."

Other parties which might hold the balance of power, such as NZ First, are looking unlikely to make it to parliament.

ACT, whose leader David Seymour has been its sole MP since 2014, is polling better than it has in years.

The COVID-19 election or the recession election?

Labour's campaign message, from its election hoardings to candidates' speeches at grassroots events, boils down to "we have Jacinda" and "give us more time." 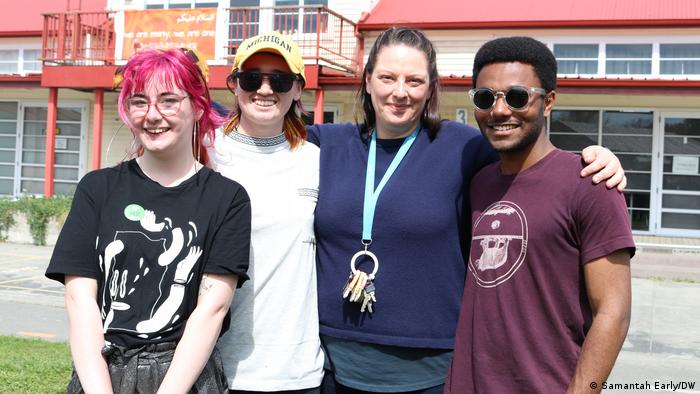 While there's support for Ardern over her coronavirus management, some say she's fallen short on economic and social issues

The government is widely seen as falling short of its promises on three key issues which defined Ardern's campaign three years ago — housing affordability, climate change and poverty. The agreement with Peters served in many cases as a handbrake, exemplified by Ardern giving up on introducing a Capital Gains Tax when she couldn't get it past New Zealand First.

At a public meeting held at the Phillipstown Community Hub, manager Viviana Zanetti said while the government's COVID-19 response earned it a lot of support, some voters on low wages were reconsidering giving them a second mandate.

"I feel some concerns from part of the electorate who voted for Labour and who weren't able to see much change in their own lives … I think that some more results were expected."

Hayward said Ardern was a naturally conservative and cautious leader who tended towards incremental reform.

While National has been reluctant to denounce what's widely seen as a successful COVID-19 response, their campaign is focused on painting themselves as better managers of the economic fallout.

"The sitting government's success in effective disease control is now a kind of problem for it because people's minds now turn to other things — the dreadful economic costs of the pandemic," Duncan said.