New Zealand posted a 12.2% second quarter fall in its GDP as the country entered a coronavirus-induced recession. It is the largest fall since comparable records began. 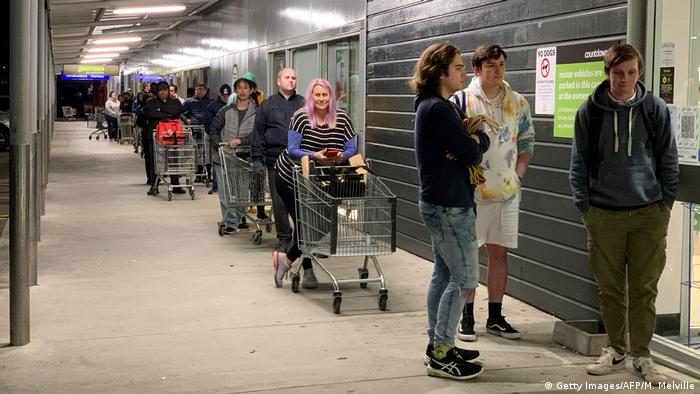 New Zealand on Wednesday entered recession with a record fall in its gross domestic product (GDP) in the second quarter as the economic impact of the coronavirus pandemic hit the nation.

"The 12.2-percent fall in quarterly GDP is by far the largest on record in New Zealand," the national statistics agency said.

Growth has been hampered by paralyzed economic activity.

The reporting period coincides with a strict COVID-19 lockdown that began easing towards the end of May.

The closure of the nation's borders since March also had a huge impact on some sectors of the economy, according to Stats NZ spokesman Paul Pascoe.

"Industries like retail, accommodation and restaurants, and transport saw significant declines in production because they were most directly affected by the international travel ban and strict nationwide lockdown," he said. "Other industries, like food and beverage manufacturing, were essential services and fell much less."

On an annual basis, GDP declined 2.0% over the year ending June 30, 2020, according to the national statistics office.

The 12.2% figure was below the 16% mark predicted by the government. It was also well under the 23.5% forecast in the budget last May.

"Going hard and early means that we can come back faster and stronger," he said. "Economists expect the current September quarter to show a record jump back to growth in the economy."

Ardern is eyeing a second term innext month's general elections. Her government has said success in suppressing the virus locally is likely to help recovery prospects.