Intensified media coverage of pedophile priests and repeated complaints by victims of sexual abuse have prompted stronger scrutiny of church practices. Now a new law recognizes that adults can be victimized by priests. 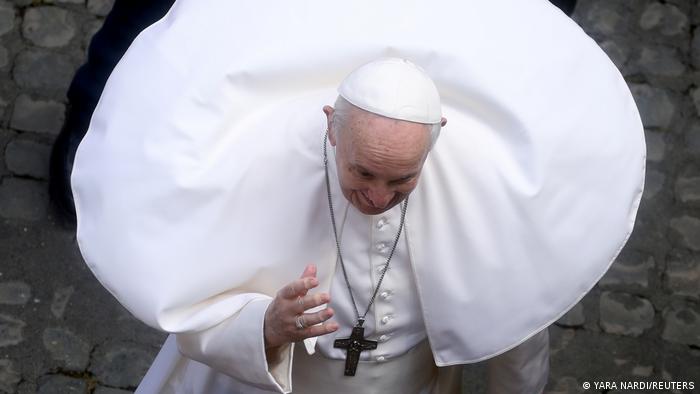 Pope Francis has amended church law to criminalize the sexual abuse of adults by priests and to allow the punishment of laypeople who hold positions in the church for similar crimes.

After 14 years of study, the Vatican on Tuesday released the new provisions in the revised criminal law section of its Code of Canon Law.

The move comes after repeated complaints by victims of sexual abuse and activists against pedophilia who say the code's previous wording was outdated and opaque.

The new law, which goes into effect on December 8, recognizes that adults, too, can be the victims of abuse at the hands of priests.

The Vatican gradually began issuing new laws since a number of sexual abuse scandals within the Catholic Church — mostly involving children — came to light due to intensified media coverage worldwide.

The new law removes some of the discretion that had systematically allowed some bishops and church members to ignore or cover up various forms of abuse, making clearer they can be held responsible for negligence in failing to properly investigate and sanction priests who abuse their power.

According to the new law, priests who engage in sexual acts with anyone, not just a minor, can be defrocked if they used "force, threats or abuse of his authority."

But the law doesn't define which adults are covered, saying only "one to whom the law recognizes equal protection."

Sexual abuse now counts as a crime "against life, dignity and freedom of the human person," instead of being listed under violations of celibacy.

Those who fail to carry out sentences or punitive decrees, or fail to pass on notices as required, will now be punished, according to the amendment.

What other changes did the Vatican create?

The Vatican also criminalized the "grooming" of minors or vulnerable adults by priests to compel them to engage in pornography.

Sexual predators within the Catholic Church have been known to use grooming methods to build relationships with their victims to then sexually exploit them.

Now, for the first time, church law has officially recognized the method as criminal.

How did the changes come about?

Under the new law, sexual crimes committed by laypeople such as founders of lay religious movements or church administrators, can be punished if they abuse their authority to engage in sexual crimes.

The change came about after the Vatican struggled for years on deciding what to do with the lay founder of the Peru-based group Sodalitium Christianae Vitae following allegations of physical, psychological and sexual abuse of both adults and minors.

The conservative movement has some 20,000 members and chapters throughout the Americas.

Unsure how to sanction him, the Vatican removed him from Peru. Laypeople can't be defrocked.

Since becoming pope in 2013, the Argentine Francis has attempted to address the decadeslong sexual abuse scandals involving Catholic priests.

Many activists against pedophilia as well as church victims insist much more needs to be done.

Pope John Paul II promoted disgraced former US cardinal Theodore McCarrick for years despite reports of sexual abuse. A new report details who knew what before Pope Francis defrocked him in 2018.