New Mongolian government faces discontent | Asia | An in-depth look at news from across the continent | DW | 28.06.2012

Mongolians have elected a new parliament that may - or may not - usher in needed change. The young democracy in northeast Asia faces some huge challenges following a mining boom that has uprooted their nomadic lives. 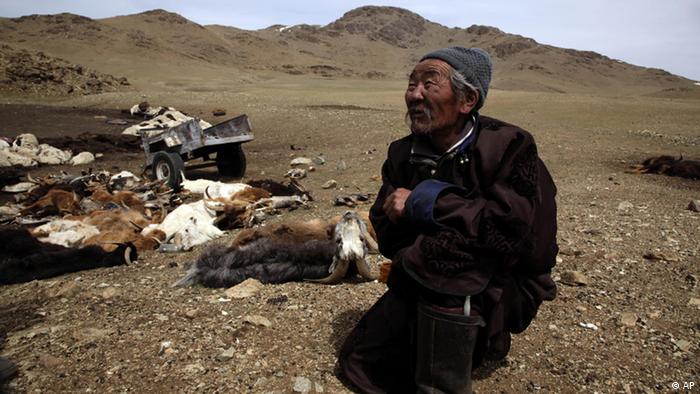 Mongolia's economy has exploded in recent years as mining giants from around the world have moved in to exploit the vast, landlocked nation's huge and largely untapped reserves of coal, copper and gold.

There's a gold-rush mentality among investors.

"Mongolia is the most exciting story in booming Asia, but it's not one for the fainthearted," says Christopher Wood, an investment consultant with CLSA in Hong Kong.

The economy of the former Soviet satellite state grew by about 15 percent last year, and continues to grow. But the growth isn't equally distributed. It's largely focused on a few projects, such as investing in one of the world's largest gold and copper mines in the southern part of the country and the development of a massive coal mine in the Gobi desert. 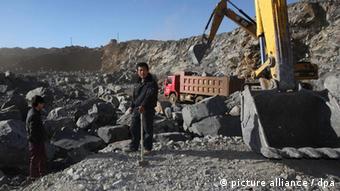 Mongolia is rich in mineral resources

Many projects are still in their infancy. But it already appears as if Mongolians will land fewer jobs than expected, warns Stefan Hanselmann, from the German Society for International Cooperation.

"Many Mongolians complain about reaping few benefits of the boom, and those in rural areas, rightly so, only see disadvantages, such as the destruction to the environment," said Hanselmann. "Prices are going up. In fact, the prices in Ulan Bator today are at the same level of those in Frankfurt. Inflation is around 15 percent. Resistance and resentment are on the rise."

The general public is upset with the widespread corruption and nepotism that has swept over the country. Despite the wealth that mining has brought, one in three Mongolians still lives in poverty.

Numerous former nomads live in yurts or gers on the outskirts of Ulan Bator. Only the elite can afford new houses and cars and shop in luxury boutiques, according to Jürgen Wellner from the aid organization World Vision.

"The country has a glorious future but that doesn't apply to about two thirds of its population," he said. "The growth figures are impressive. But whether that growth will ever trickle down in the form of prosperity to the less privileged remains to be seen. In the past 10 years, Mongolia's GDP may have grown fast but poverty has remained at the same level." 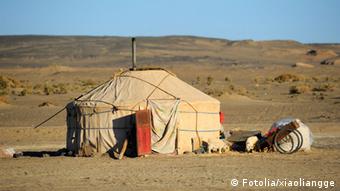 Mongolian yurts are sprouting up on the outskirts of Ulan Bator

Mongolia will need time to build up its own industries outside of mining. And that isn't easy, especially since Mongolia wants to cut the cord with its powerful neighbors, Russia and China.

A new investment law aims to limit the influence of foreign investors in certain key industries, such as banking, mining and communications, a move against China, according to Hanselmann.

"This is not about giving any Germany, European or Australian investors a hard time," he said. "Rather, it's about preventing Chinese government-controlled companies from buying up a chunk of Mongolia."

The country is already highly dependent on China, which accounts for about 80 percent of its coal exports and about half of its total imports. 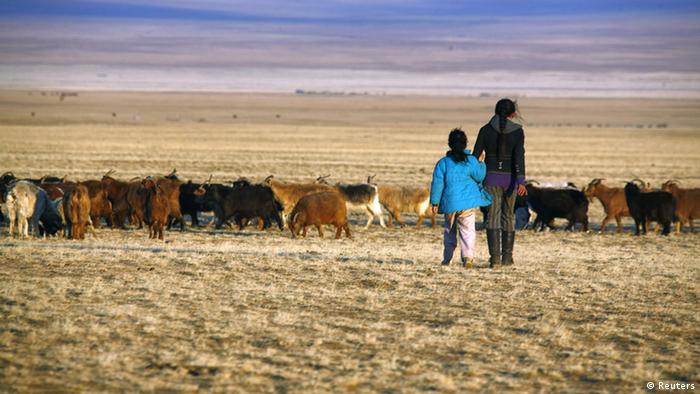 Many Mongolians may abandon their nomadic lives

Mongolia is keen to establish additional partnerships abroad with countries, such as Japan and South Korea as well as in Europe and particularly with Germany.

But the country faces huge challenges in transforming from an isolated nomadic country into a modern nation rich in mineral resources.

And how its new wealth will be distributed is a political question that the new government may - or may not - be able to answer.

German politicians have discovered the question of natural resource security. Competition for raw materials is increasing along with the rise of emerging market nations. One solution: forging new partnerships. (30.04.2012)

Racism is becoming ever more common in Mongolia, where extreme, right-wing nationalist groups target especially Chinese citizens. They are not afraid of resorting to violence. (17.04.2012)