South Korea has introduced a new law to protect foreign brides from abuse after marriage agencies came under close scrutiny in the wake of the murder of a Vietnamese woman in July by her mentally-ill husband. 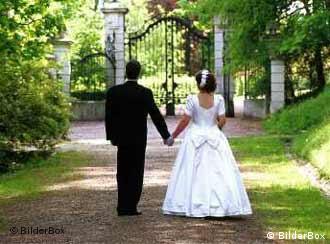 Thousands of foreign brides get married to South Koreans every year

A group of women sits around a table in a domestic violence shelter – about 40 of them live here throughout the year.

Thousands of Southeast Asian women arrive in South Korea every year to wed men in rural areas, where there is a shortage of Korean women because they often find jobs in cities. Most meet their husbands through marriage agencies.

One Vietnamese woman at the shelter, who seems to be in her early 20s, asks to be called Hong.

She recalls the day when a marriage broker knocked at her family’s door: "The madam came to all the homes in my neighborhood, trying to find women to marry South Korean men. She persuaded me. At first my family was against my doing this, but I decided it was best for me to go to South Korea."

Even worse than imagined

Hong was married to a Korean man just one day after meeting him. She knew life in Korea wouldn't be easy as neither she nor her husband spoke each other's language. However, it was much worse than she had imagined. 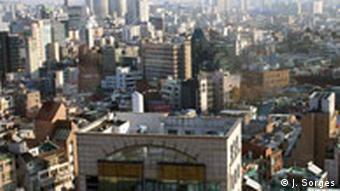 "My husband would drink all day and night. Every night he would pressure me into having sex. Even his sister would tell me that I had ruined his life, so I got no support from him or his family. But I didn't go back to Vietnam because I didn't want to burden my family with these problems," she explains.

When Hong did finally complain to a counselor at her marriage agency, her husband got violent. During one fight, he even pulled a knife on her. The police were called and Hong was taken to the shelter.

Hong claims the marriage agency, which introduced her to her husband covered up his drinking and lied about his income and housing situation.

Women are treated as sex slaves

That's not at all unusual, says a catholic nun who helps run the shelter. She doesn’t give her name out of fear for the safety of the women living there.

"These women from Southeast Asia are very poor and have no voice," she points out. "The Korean men disregard these women, they do not think of them as people. They think that they buy them with their money so they treat them as slaves – as sex slaves. This is modern slavery."

She adds the marriage agencies are the most to blame for the problems that are occurring.

Marriage brokers have already come under fire in parts of Southeast Asia. Earlier this year, Cambodia banned Korean agencies from operating there.

My requests for interviews with several brokers in Seoul were refused.

After all the bad press and complaints from human rights groups about these agencies, the government here has decided to act.

Agencies will be closely monitored

Song Ji Eun, an official at South Korea’s Ministry of Gender Equality and Family, says the agencies have hurt her nation's image abroad.

She explains that "to prevent the abuse of foreign brides, especially considering the murder of a Vietnamese woman earlier this year, the government will now require all marriage agencies to disclose private information about their male clients."

The law, which comes into effect on Thursday, will "force agencies to provide results of a full financial, medical and criminal background check to prospective foreign brides. If they refuse to comply they will lose their license in South Korea," she adds.

However, brokers will not be penalized if a husband later beats or kills his wife.

"I just want a normal life"

Hong, who found out too late that her husband was an abusive alcoholic, says now she does not want to see her matchmaker or her estranged spouse punished.

She has bigger concerns as she is seven months pregnant: "I just want my husband to help me support our child. I don't want to go back to Vietnam and I will stay in this shelter. I just want to have a normal life here in Korea."

Hong plans to divorce her husband eventually but would like to stay in South Korea. The courts will have to grant her custody. For now, her husband is denying the baby is his.

US army tries to help abandoned wives and children

The US has had close military ties with South Korea since the Korean War. There are over 28,000 US troops stationed below the 38th parallel. Sometimes they leave behind wives and children after their tours. (21.06.2010)

Tens of thousands of Vietnamese young women try to find a way out of poverty by marrying foreigners - especially from South Korea and Taiwan. An illegal but profitable matchmaking industry has emerged. Amid reports of human trafficking and abuse, the Vietnamese government is now planning to open its own official matchmaking agency to protect Vietnamese women overseas. (13.02.2009)