New Group of EU Leaders to Push Far-Right Agenda | Europe| News and current affairs from around the continent | DW | 11.01.2007

The accession of Romania and Bulgaria to the EU on Jan. 1 had an unexpected side effect: It allowed for the likely formation of a new, far-right European parliamentary group. 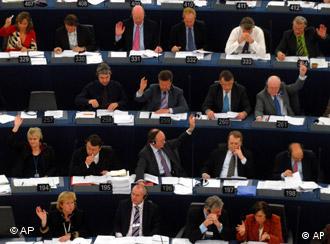 The new parliamentary group will be more 'nay' than 'yay,' one critic says

A motley association of extreme-right wing members of the European Parliament (MEPs) announced they will form a parliamentary group, enabling them to qualify for EU funding and support.

The group, to be called "Identity, Tradition and Sovereignty" (ITS), will broadly oppose immigration, Turkish accession to the EU, and the European constitution. It will focus on "defending Christian values, the family, and European civilization," EU French National Front MEP Bruno Gollnisch said. 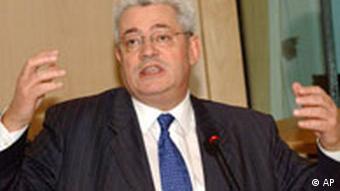 The coalition is made up of a number of extremists who have long sought the chance to forge a political group, which under EU rules must comprise 20 members from at least five different political parties. The accession of Romania and Bulgaria to the EU on Jan. 1 boosted the ranks of far-right MEPs in Strasbourg, making such a coalition possible.

While the 20-odd members represent the European political extreme, their actual power is expected to be very limited. There are a total of 732 MEPs in the European Parliament.

"We are concerned that the far right is engaging in a show of strength at a time when there is a growing climate of intolerance toward foreigners and minorities on the continent," ADL National Director Abraham H. Foxman said.

Hannes Swoboda, vice president of the European Parliament's Socialist group, said the creation of the ITS is "definitely bad news," since it gives an essentially disparate group of people a common base. "Until now they were split against each other -- they were not so visible and influential," Swoboda noted.

It also gives the group substantial financial, legal and logistical support in the parliament, he said.

"De facto, it's support for not only anti-European, but maybe even racist right-wing propaganda. And that is of course very negative. But that is the price of democracy," he said. 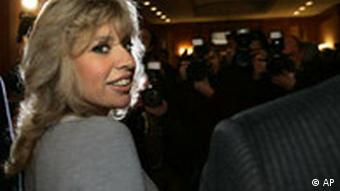 Alessandra Mussolini has said the group is a marriage of necessity

"I hope the other political groups, respective of their orientation, will stick together and have a common front against these political attitudes," Swoboda added. "We should make it clear that their political activities have to be limited by the strong will of other political forces, to demonstrate that Europe is for freedom, is for racial equality, and democracy."

Should it actually form -- on Wednesday they had just 17 official signatures in hand, with the promise of three more -- the group will most likely be led by the National Front's Gollnisch.

From Bulgaria's Attack Party came Dimitar Stoyanov, well known for his anti-Semitism and racist baiting of the Bulgarian Roma community, and a handful of Romanian MEPs from the Greater Romania party, whose overtly racist and anti-Semitic leader, Corneliu Vadim Tudor, had strong ties to Nikolai Ceausescu.

Yet, despite their polarizing politics, Guillaume Durand, a policy analyst at the European Policy Center think-tank in Brussels, played down their actual political strength.

The small size of the group "shows just how fragile they are going to be. It will be enough for one person to leave the group to destroy it," he said.

Indeed, he points out that there is nothing new about having far-right elements in parliament. "Until now their real influence has been close to zero, and frankly this is not going to change," he asserted. 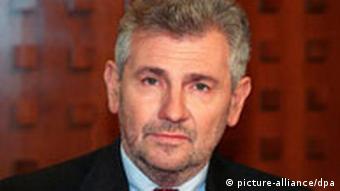 "The main reason is that they have no positive agenda. In the European Parliament, if you don't contribute positively in any way, you just don't count. The most you can do is vote against things," he said.

Durand said he thought the increased financing "won't change much" for the group, but acknowledged that they now will be formally represented in some European Parliament organs -- such as the Conference of Presidents -- where the extremists previously had no voice.

Durand denies that the formation of ITS reflects any serious change in European politics -- he argues that extreme right-wingers have always been around.

"The European Parliament is a political mirror," he said. "The fact that we have strong nationalist parties in a number of countries is well known. It's just becoming apparent at the EU level in the current account."

Germany has put forward measures to help Europe unite forces in the battle against the far-right. This comes amid rising rates of racially motivated crime in the country. (08.01.2007)