The New Europe Bridge over the Danube River connects the Bulgarian city of Vidin with Calafat, Romania. However, the much-anticipated economic upswing for two of the EU's poorest regions is yet to be seen. 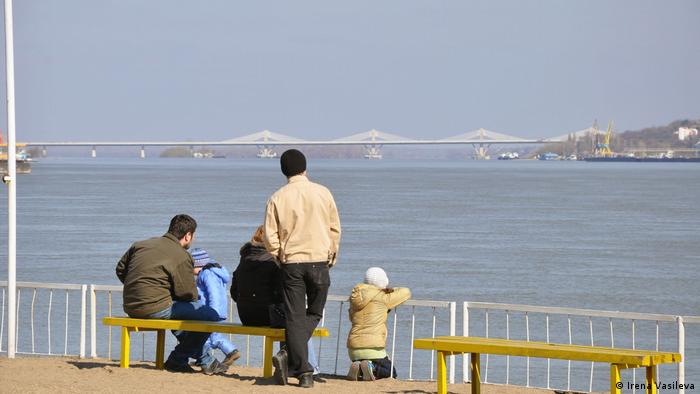 Back in 1909, politicians on both sides of the river crossing between Bulgaria and Romania were already dreaming of a bridge. But it only became reality in 2007. Shortly after Bulgaria and Romania joined the European Union, the foundation stone was laid and in 2013, the New Europe Bridge was officially inaugurated with a celebration whose guests included prominent officials from Brussels. Today, one cannot detect any signs of the long-desired economic upturn in the region.

Neighbors but not close

Irena Vasileva lives in the Bulgarian city of Vidin and has walked across the almost two-kilometer-long (1.2 miles) bridge over 50 times. "Many people thought that the bridge over the Danube would create new jobs in Vidin. But that didn't happen," says Vasileva, who works as a journalist. According to the bridge's operator "Danube Bridge Vidin - Calafat AD," the bridge created 64 new jobs on the Bulgarian side and 33 on the Romanian side. New businesses, hotels and cafes were not built, let alone the much-hoped-for new industrial zone, says Vasileva. Bodo Hombach, the former special coordinator of the Stability Pact for South Eastern Europe, remembers what he himself stresses were the bumpy beginnings of the project. He simply did not understand why a 500-kilometer-long river only had one single bridge over it, the Friendship Bridge, built in the 1950s near Giurgu-Ruse. In an interview with DW, Hombach said that Bulgaria's presidential administration initially claimed that it did not know and did not want to get to know its neighbors to the north of the Danube. "European sources" pointed out the fact that Romanians were blocking the construction of the bridge for a long time because politicians had shares in the profitable ferry business between Calafat and Vidin. "There were many secret games," says Hombach, "which were gradually given up because of pressure from Brussels."

No one really wants to comment on the "games." Even after many years, discussions and evaluations of the project are difficult to obtain from the responsible politicians and EU officials. The Romanian EU Commissioner for Regional Policy, Corina Cretu, recently called off a DW interview in Brussels on regional infrastructure projects. She did not state a particular reason for the cancelation, nor did she reschedule the interview. 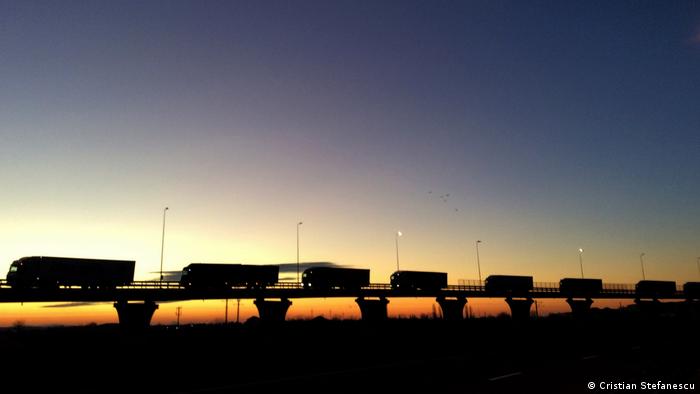 The access road to the New Europe Bridge over the Danube

Romanian and Bulgarian journalists have written dozens of pieces about the new bridge over the Danube. They have covered the three-year delay of construction, the countless building defects and the constant repairs that have impacted traffic. The lowest bidder for the contract, the Spanish company FCC, was hired to construct the bridge for 100 million euros and in the end, demanded 50 percent more due to "unforeseeable conditions."

"To this day, no one has seen the contract," says Irena Vasileva, adding that the transport ministry in Sofia has not been "obliging towards the few critical journalists" and has not shown them the document.

The bridge is part of the Pan-European Corridor IV, a transport route that connects Dresden with Istanbul and Thessaloniki. The new bridge has a four-lane highway, train tracks, bike paths and pedestrian lanes. Evgeniya Naidenova, of operator "Danube Bridge Vidin - Calafat AD," says expectations were surpassed in the bridge's first year of operation.

Yet an enormous flow of truck and car traffic that would earn a great deal of money cannot be accommodated because access roads do not have the necessary capacity. The expansion of the access roads has been promised many times and even the construction of more bridges has been negotiated, but nothing has happened. Many truck drivers are unhappy about the route - they would have preferred a bridge further to the east that would take them closer to Bucharest and Sofia. Many drivers say that the roads on both sides of the bridge are too narrow, and have also been deteriorating, which leads to traffic jams - like the recent six-kilometer-long traffic bottleneck in front of the bridge. 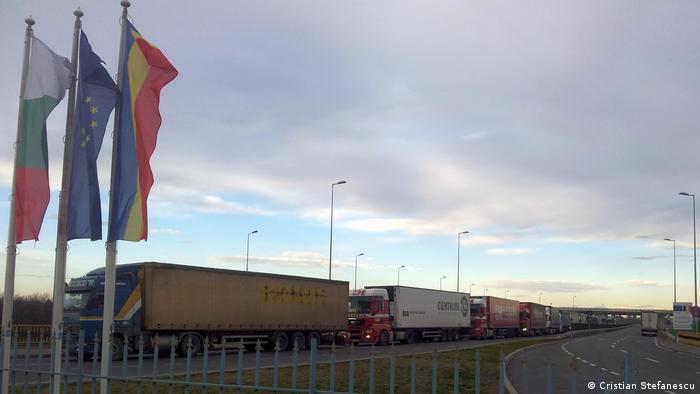 On the Romanian side is Calafat, a small, sleepy Danube port that flourished in the 19th century. Now, all that is left of its prosperous past can be seen behind the crumbling facades of its many buildings. This was once an important hub for wheat from southern Romania, the country's breadbasket. Then, the communist dictatorship imposed industrialization on the city. After the fall of the iron curtain, it was over. Now Calafat is like a ghost town.

Before the bridge was built, the ferry service was one of the few sources of income for the inhabitants. Turkish truck drivers who were waiting to cross were the best customers for cigarettes, coffee and mineral water. "Street prostitution was part of the cityscape," says Mircea, a former captain for the ferry company. But that is all over now. When the trucks started roaring through the bumpy roads to the bridge, the black market ceased to exist.

One bridge cannot change the situation, say the inhabitants with irony. Hardly anyone is interested in what the other side looks like. All they know about it is from hearsay. There is no bus service over the bridge and the passenger train that crosses the bridge once a day does not stop in Calafat, but instead, in a village that is almost 10 kilometers away. It is no wonder that a border official looked at DW's reporter with amazement when he told the official that he would walk to Vidin to see the Bulgarian side. "No one does that here," the official said.

President Erdogan and other Turkish leaders have attended the opening of a third bridge in Istanbul spanning the strait between Asia and Europe. The government says it is the widest of its kind in the world. (26.08.2016)

Europe faces a number of unresolved political crises that have opened battlefronts both externally and internally. Conflict Zone spoke with MEP Urmas Paet about how the EU is addressing issues within and on its borders.