A new documentary film by American director Alison Klayman explores the life of Chinese dissident artist Ai Weiwei. She traced three years of his life and spoke with those closest to him. 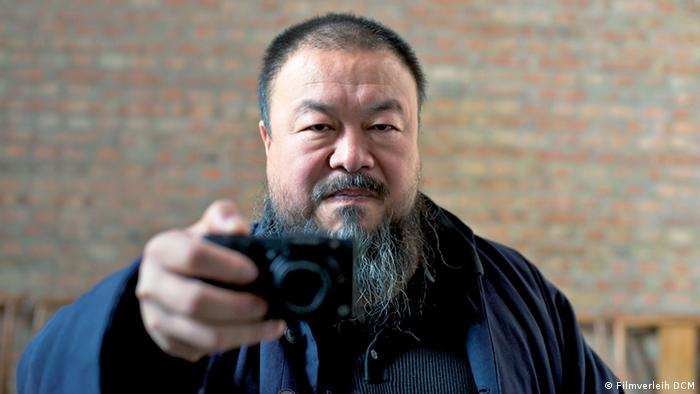 Chinese sculptor, architect, photographer, curator and concept artist Ai Weiwei is known all over the world - as much for his art as for his criticism of politics in his home country. The famous photo of his hand, middle finger extended, in front of the Tiananmen Square comes to mind. Because of his outspokenness, the 54-year-old has had to deal for years with the political backlash from Beijing. 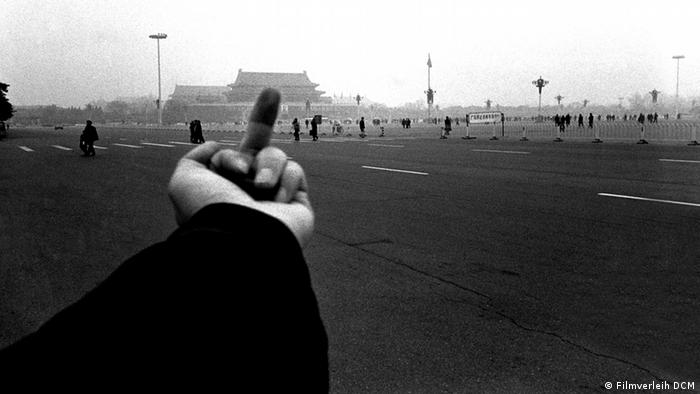 Ai Weiwei's protest against the violence on Tiananmen Square

Ai Weiwei was born in 1957 as the son of poet Ai Qing. A recognized lyricist, he was banned from writing in 1958 due to "anti-communist activities" and was exiled to the provinces for 20 years. Ai Weiwei spent his childhood there, in Manchuria and Xinjian. At a young age, he became familiar with the power of the state against the opposition.

These days, Ai Weiwei is not surprised when the police pay him a visit in the middle of the night. Klayman included one such scene in her film, though there are no images per se, just a black screen with an audio recording of the encounter. The incident ends with a police officer punching Ai and ripping his clothing.

In other scenes, the artist is arrested, put under house arrest, or charged in court with absurd accusations.

The film looks first at the artist's early years, when he was still relatively unknown. In 1978, Ai started studying film together with Chen Kaige and Zhang Yimou, who would later become successful directors. One year later, he founded the artist collective Stars Group, which rejected art that complied with the party line.

In 1981, Ai Weiwei immigrated to the United States, where he came into contact with Andy Warhol, befriended Allen Ginsberg, and dedicated himself to conceptual art. Then his father fell ill and he returned to Beijing in 1993. 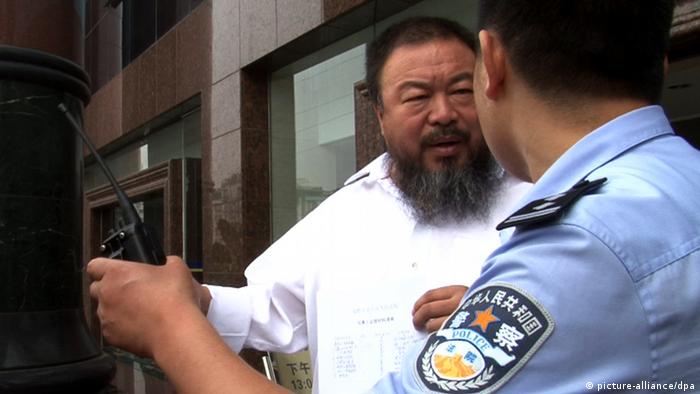 Ai is accustomed to dealing with the police

Some of the artworks shown in the film have a strong visual impact - like Ai's oversized Chinese lantern lying on the floor, or the topographical world map where the mountains tower above the viewer.

But there are also simpler works, like photographs of Sichuan Province after the 2008 earthquake, where some 80,000 people lost their lives. Many died because the buildings had not been constructed according to proper safety standards, though the government denies any responsibility for this.

The tragedy was a focus of Ai's 2009 exhibition in Munich, entitled "Remembering." There, he covered the facade of the exhibition hall with 9,000 backpacks, spelling out the sentence, "She lived happily for seven years in this world." Those were the words of a mother whose daughter, Yang Xiaowan, was killed in the earthquake.

Ai Weiwei explained, "Her mother said, 'All I want is for her to be remembered."

Though the circumstances surrounding the Sichuan earthquake are central to the film, Klayman said that Ai's other works are equally important.

"Ai Weiwei created so many interesting works and you could make a film about each one of them," she said. "But his commitment to the earthquake victims, in particular, shows his pursuit of transparency, human dignity, and individuality." 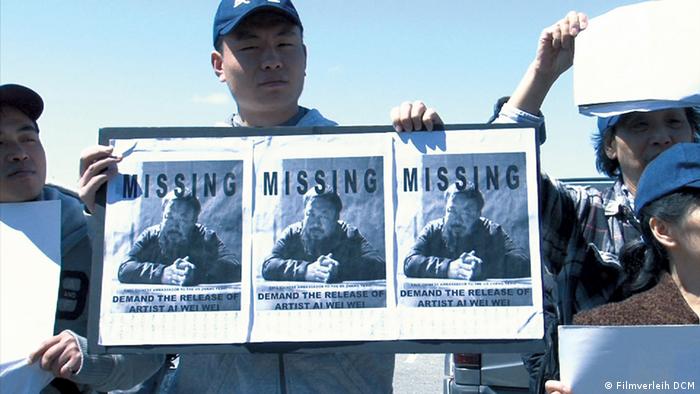 Ai's works are often based on social phenomenon in China, like his porcelain Art Deco vase with Coca-Cola script, or another piece that focuses on the bicycle as the popular means of transportation in China.

An installation of his in the Tate Gallery in London consists of 100 million sunflower seeds made out of porcelain, which stand for the power of the masses. Here, the avid social media user references his own life, saying the small pieces symbolize his activity on Twitter.

For her documentary, Alison Klayman spoke with long-time friends and colleagues of Ai's, as well as with other artists, gallery owners and authors. She also conducted interviews with Ai himself, his mother Gao Ying, and the three-year-old son he conceived not with his wife but with "a friend."

The film goes beyond the profiling a dissident, but also touches on the issues facing today's China, caught between international recognition and political arbitrariness. The latter is captured in one of the film's most impressive scenes: Ai's newly built studio in Shanghai had to be torn down because there is apparently no construction permit for it. 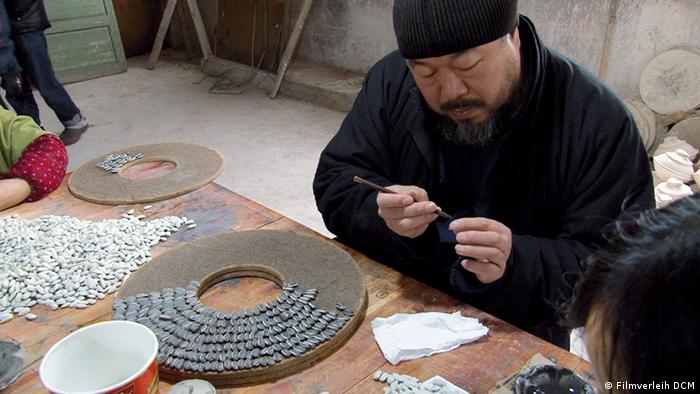 The German President Joachim Gauck has opened one of the world's biggest contemporary exhibitions of modern and contemporary art in Kassel, central Germany. (10.06.2012)