The Chinese writer Bei Ling recently presented his autobiography in Berlin. His book talks about Beijing's literary underground in the 1980s and the trials of being a writer in exile. 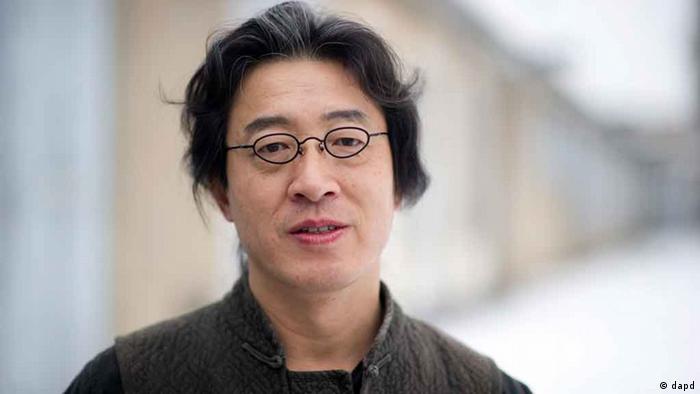 Bei Ling has been in exile most of his adult life

The small bookstore in the east of Berlin was packed. With his long hair tied back and wearing a black cotton smock, the author seemed the epitome of the avant-garde poet as he read to his audience from his laptop: "At the most extreme end of exile / I am a constant curse / On the map of my homeland."

The Chinese writer Bei Ling was in the store in Berlin to launch his autobiography. His book tells the story of Beijing's literary underground in the 1980s and the trials of being a writer in exile.

"Exiled: On China" is Bei Ling's second book and has just been published in German. However, it was originally supposed to be published by a Taiwanese firm.

"The publisher has good connections with China," the poet explained. "The contract was already signed but they decided not to print the book."

In the book, Bei Ling describes how he discovered the "democracy wall" on Beijing's Xidan Street as a 19 year old. From December 1978 to December 1979, activists from the pro-democracy movement discussed ideas by posting big-character posters on this wall.

Bei Ling, whose first book is a biography of Nobel Peace Prize winner Liu Xiaobo, says that he had never heard of "human rights" until then and was fascinated by the notion, giving in to an inner compulsion to express himself about politics and literature.

He also brings to life the smoky back rooms where tea would be brewed and underground poets would discuss their works.

However, most of the book is about exile. Bei Ling received a grant to travel to the US a year before the protests broke out on Tiananmen Square back in 1989. He followed developments there from afar, always wondering whether he should fly back to take part. He never did.

After the Tiananmen Square massacre of June 4, 1989, in which hundreds, perhaps thousands, of protesters were killed by the Chinese army, he stayed in the US.

However, his English was poor, he felt lonely, and he fell into a depression. "I was not only illiterate in English, I was a complete idiot," he recalled in Berlin. "In class, I was nothing more than a stuttering refugee, not a writer."

Thus, he explained, shortly after discovering the power of words and the idea of freedom, he lost the capacity to express himself.

'Free but not comfortable'

At the end of the 1990s, Bei Ling returned to China where he tried to publish an underground magazine. He was soon arrested and deported to the US and has not been allowed to return to Beijing since.

"I feel comfortable in China," he explained. "But not free. Whereas I feel free in the West but not comfortable."

In Berlin, he praised the fact that the international community had become more attentive to the plight of dissidents in China. “Everybody knows Ai Weiwei is a dissident artist. There was nobody 20 years ago in China whom the whole world knew as a voice of dissent.”

Bei Ling first became known to a wider audience in Germany in 2009 when China was the official guest of honor at the Frankfurt Book Fair. He and the poet Dai Qing were invited to take part in a symposium about Chinese literature along with an official delegation.

As the result of pressure from Beijing, his invitation was then withdrawn. However, the outcry in the media and the public was so great that he was re-invited. When he came onto the stage, the official Chinese delegation left the room.

The affair, which he describes in his book, has paradoxically become pertinent again. Bei Ling's reading in Berlin took place just hours after his return from London where he had taken part in an event organized in protest against this year's London Book Fair where China is guest of honor. The organizers seem to have drawn their own conclusions from the PR fiasco at the Frankfurt Book Fair in 2009 by not inviting any exiled writers or dissidents.

Bei Ling said he had met a good friend from his days in the Beijing underground, whom he had not seen for years. He was part of the official delegation. "Those writers who didn't leave China at the time have now been bought by the state," he said.

After a controversial year, the German 'Art of Enlightenment' exhibition comes to a close this week in Beijing. Although the organizers have hailed the show as a success, its critics refuse to be silenced. (27.03.2012)

Chinese poet in exile has many more stories to tell

Having fled to Germany in July, the Chinese poet Liao Yiwu plans to go to the US and Australia to promote a new book about Christians in China. He is also planning a literary treatment of the Tiananmen Square massacre. (01.09.2011)