New center to coordinate fight against right-wing extremism | Germany| News and in-depth reporting from Berlin and beyond | DW | 17.12.2011

After a series of killings by right-wing extremists remained unsolved for years, the German government has launched an initiative to improve cooperation between police and secret services. But its organization is tricky. 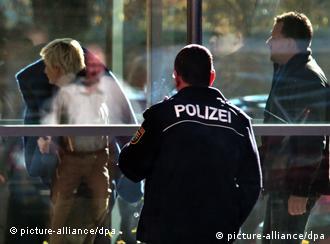 It is not quite a whole new department that German Interior Minister Hans-Peter Friedrich presented to eager journalists on Friday in Berlin, but rather a platform designed to improve cooperation between police and intelligence agencies.

It's all about being more effective in the fight against the militant far-right. The new counter-terrorism unit comprises a police as well as an intelligence department. The "spooks," or agents, are setting up shop in the western town of Cologne, while the police, including Europol, are to work from Meckenheim, a mere 30 minutes-drive from Cologne.

The idea is to meet and exchange information daily, alternating between Cologne and Meckenheim on a weekly basis. Between 130 and 140 civil servants are to ensure that "the far right is being pursued and investigated relentlessly," according to the president of the Federal Criminal Police Agency, Jörg Ziercke. He also said he may employ more staff in the future.

The new unit is not just designed to work on current offenses. It is also tasked with investigating cases in the past that may have had links with the far-right. The findings will then be collated in the Interior Ministry, which otherwise does not play a large part in the new intiative. 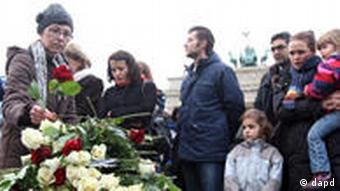 The Zwickau cell shocked Germany with its organized killing spree

The new unit comes in reaction to a series of killings by the so-called Zwickau cell, whose members murdered nine people from a non-German background and one policewoman, despite being watched by police and intelligence agents for years. It became obvious that the authorities had failed.

Memories surfaced of the September 11 attacks in New York that had been plotted by terrorists from their base in the German port city of Hamburg. Back then, it took Germany three years to establish a counter-terrorism center designed to fight Islamist extremists. This time, things moved a lot faster.

The new unit is aimed at bringing together the findings of different authorities on a particular case. Until now, that only happened occasionally. Working groups, called "case analysis," "suspects' potentials," "banning of organizations" and "potential for danger" will work on getting more information on the workings of the far right, to be able to prevent crime in future. 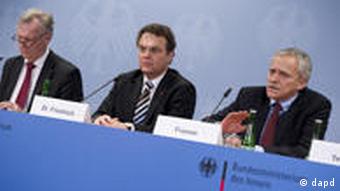 The logic for having two departments within the new unit may seem complicated, but it has an historical reason. The so-called "separation imperative" of police and intelligence does not allow the unlimited passing on of information between the two authorities. It also does not allow them to be too closely knit.

The founding fathers of modern Germany wanted to prevent an all-encompassing and powerful secret police like Hitler's Gestapo from ever forming again.

The president of the Office for the Protection of the Constitution, Heinz Fromm, thinks the separation, which is not anywhere near as strict anywhere outside Germany, makes sense, and not just in a political sense. He believes that when working on far-right cases it also ensures that sources and informants are better protected.

"The police can do anything they like, but they mustn't know everything - we [Germany's internal intelligence service] can know everything but we can't do what we like," Fromm explained, adding that the rule will still apply in the new unit.

Because the two services need to be separate, it is still not clear when there will be a common database for the internal intelligence services, both at the federal and state level, and the police.

Eventually, the database will contain information on violent extremist offenders, their accomplices and their contacts. Apart from containing names and postal addresses, it will also have e-mail addresses, bank details and information on cars and other vehicles. It will also list any skills suspects may have in dealing with firearms and explosives as well as potential meeting points.

Interior Minister Friedrich has said he will introduce a bill for such a database at the start of next year.

A massive conference of government ministers and security experts in Berlin has drawn up plans to combat the rise of far-right extremism in Germany, following revelations of racially motivated murders by neo-Nazis. (18.11.2011)

A group calling itself the National Socialist Underground appears to have committed a series of murders and racially-motivated attacks. DW's Editor-in-Chief Ute Schaeffer calls for broad public discourse on the issue. (14.11.2011)